Share
College of Arts and SciencesDepartment of Earth and Environmental SciencesfacultyresearchStudent

With steep walls and deep valleys, the Grand Canyon in the western United States or the massive gorges that saw through the margins of the Tibetan Plateau are some of the most awesome and spectacular landforms on the planet. But have you ever wondered how they are formed? 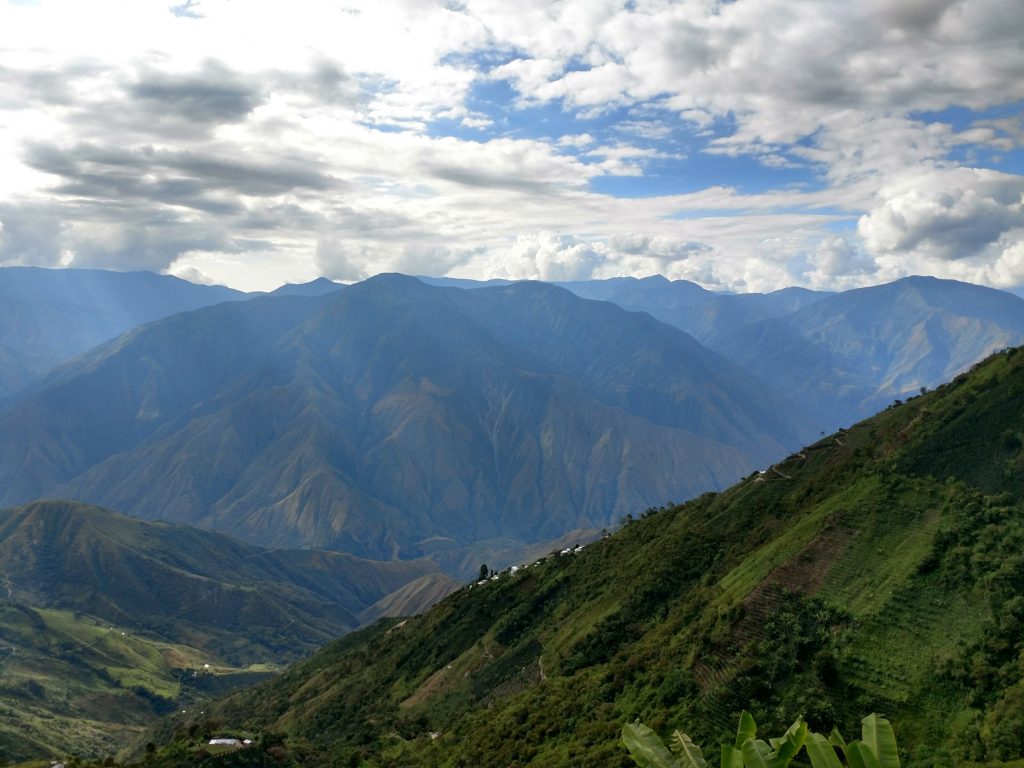 The spectacular Cauca River Canyon in the Northern Andes of Colombia. The Cauca River has incised up to 2-3 km into the bedrock of the mountains during the past 6-7 Ma. Canyon walls are steep, and landslides are common.

Some studies have proposed that canyons form when a mountain range grows in height and a river running through it cuts into the rock formation like a knife, ultimately forming gorges. Other studies have associated canyon incision with past changes in climate. For example, in the Miocene (about 15 million years ago), an increase in precipitation rates is believed to be the cause behind rapid incision of the Mekong River in China.

But what about canyons in hot and humid tropical latitudes? Researchers from the College of Arts and Sciences’ (A&S) Department of Earth and Environmental Sciences (EES) recently embarked on a research expedition to the Tropical Andes of Colombia to study the massive Cauca River canyon.

Their study, which expands the understanding of erosion hotspots in tropical landscapes and why they occur in certain areas, will be an important source of information for decision makers who must take erosion and landslides into account during infrastructure planning. Their results were presented in two papers that appeared in Global and Planetary Change and Geological Society of America Bulletin. 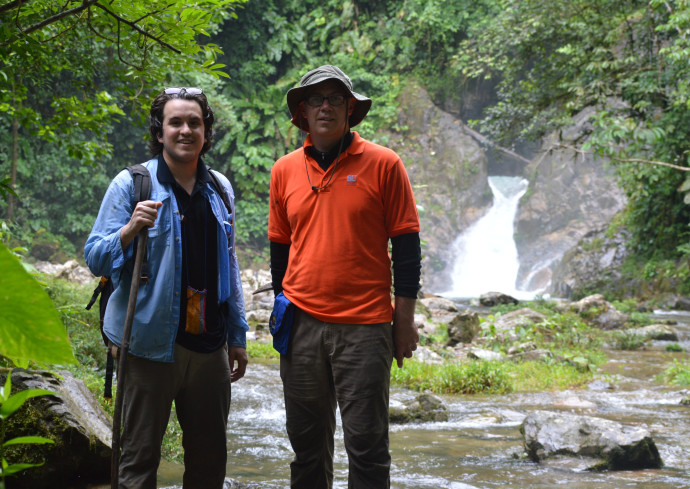 Nicolas Pérez-Consuegra (left) and Gregory Hoke standing in front of a waterfall in the Caqueta Canyon in the tropical Andes during the summer of 2018.

The study was led by MIT postdoctoral fellow Nicolás Pérez-Consuegra G’21, Ph.D., who completed the research as a graduate student in EES with support from the Graduate School’s Research Excellence Doctoral Funding Program and an A&S doctoral fellowship. He collaborated on the project with his advisor Gregory Hoke, associate professor and chair of EES, Paul Fitzgerald, professor in EES, and international colleagues from the University of Potsdam, Germany; the German Centre for Geoscience Research, Germany; the University of Granada, Spain; and Ecopetrol Brazil, Rio de Janeiro, Brazil.

The authors used a combination of techniques. They analyzed the landscape using data derived from satellite imagery; carried out fieldwork to collect rock samples along one of the steep walls of the canyon; and analyzed those rock samples using thermochronology. Thermochronology is a technique that allows the researchers to figure out when and how fast a canyon is carved into a mountain by recording when the rocks cooled to surface temperatures. Certain minerals, in this case apatite, become radioactive clocks as the rocks cool.

In their landscape analysis they observed a surprising feature—a massive plateau elevated ~2.5 km (~8,200 ft) surrounded by hundreds of waterfalls and very steep rivers draining the flanks of the plateau.

“Finding such a flat landform at high elevations in a tropical climate is unexpected and suggested that the topography could not be very old,” says Pérez-Consuegra. “If the topography had been old, the rivers would have probably already eroded the plateau.” 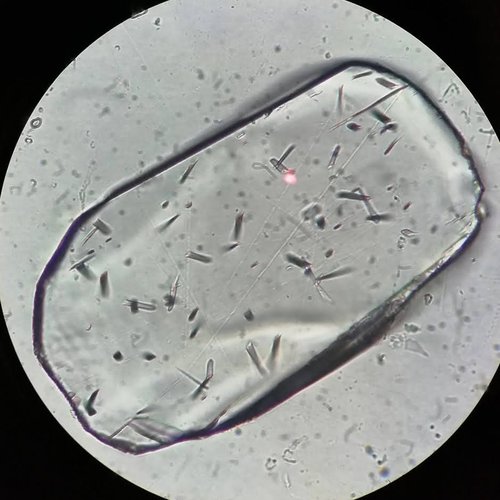 Apatite crystal under a microscope at Paul Fitzgerald’s laboratory at Syracuse University. It was extracted from a granitic rock at the Cauca River Canyon in Colombia. The linear features observed are fission tracks which track the cooling history of a rock through time. This apatite crystal has a length of ~150 micrometers.

What might have caused these elevated plateaus? Between the period of 50 to 10 million years ago, the research team believes erosion smoothed the landscape to low, rolling hills. About 10 million years ago tectonic forces began lifting that smoothed landscape, creating a plateau perched at its current elevation of ~2.5 km (~8,200 ft). This was likely caused by a change in the angle of the oceanic plate that subducts beneath northern South America through a process called slab flattening.

Their findings provide a plausible link between tectonic processes rooted deep in the Earth and erosion in the form of canyons being carved by rivers. Pérez-Consuegra says the team is now trying to determine catchment-scale erosion rates in the Central Cordillera of Colombia to discover how fast the rivers are incising and eroding into the plateau. They have collected sand from more than 20 rivers to calculate erosion rates through a technique which uses cosmogenic nuclides to estimate the length of time rock takes to traverse the upper 4 ft. (1.2 m) of the Earth’s surface as it is converted to sediment. Their results will pinpoint the areas where erosion is most active, and thus those same places where infrastructure and human populations will be most vulnerable.