Shana Kushner Gadarian has been named the inaugural Merle Goldberg Fabian Professor of Excellence in Citizenship and Critical Thinking, a position funded with a generous gift by its namesake. 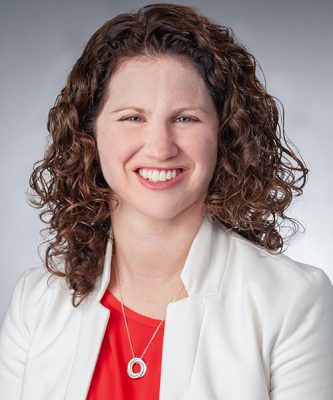 Inspired by her own experiences with “the best professors,” alumna Merle Goldberg Fabian ’59 donated $3 million to fund a professorship that champions responsible citizenship and educates students on the importance of critical thinking in service of democratic values.

Gadarian is a professor and chair of political science, as well as a senior research associate with the Campbell Public Affairs Institute. “She is an excellent fit for this role as an outstanding teacher of undergraduate and graduate students who offers extensive mentoring and support,” says Dean David M. Van Slyke. “She is also among the most productive, impactful scholars on the Maxwell faculty.”

Gadarian’s research is frequently cited in media outlets such as The New York Times and The Washington Post, most recently related to the impact of partisanship on attitudes and health behaviors related to the pandemic. For her scholarship in this field, in 2021 she was awarded a prestigious Carnegie Fellowship, the so-called “brainy award” that provides up to $200,000 for a book or a major study into a pressing societal issue. Gadarian is the third professor from Maxwell to be honored with this award in recent years.

The professorship’s focus on democratic citizenship is particularly exciting to Gadarian, as it is a frequent theme in her political science courses. In simple terms, it refers to one’s duty to be well-informed and active in society.

“I’m truly honored to have been chosen as the first recipient of this professorship,” says Gadarian. “This type of investment is vitally important to Maxwell as we work with students to deepen citizenship and civic engagement at this very important moment in American politics.”

Fabian’s gift supports one of the Maxwell School’s key fundraising priorities in the Forever Orange Campaign, to “Attract, Hire and Retain Excellent Faculty.” Gifts that support faculty—particularly in the form of fellowships and endowed professorships—bolster the school’s ability to ensure faculty excellence across disciplines.

Gadarian follows a legacy of professors who inspired Fabian as an undergraduate student in the 1950s. Fabian, who earned a bachelor’s degree in American studies, credits them with feeding her interest in public affairs and the obligations of citizens to be knowledgeable and active participants in democracy. She took courses in American history, government and literature and was selected to spend a semester studying in Washington, D.C., where she met with Hubert Humphrey and other government leaders. 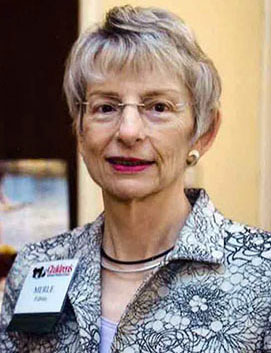 “I was a good high school student, but didn’t have a vision,” recalls Fabian, who traveled from her home in Maryland to enroll in the University in 1955. “But when I took classes with professors who had a worldview, who were so educated and incredibly articulate, they inspired me. They had a great sense of what government responsibility and citizens’ responsibility should be. I learned not to simply accept what I heard without challenging it in some way.”

Fabian went on to earn a graduate degree in library science from Catholic University of America and held positions of responsibility at the Canadian Embassy Library, the San Francisco Public Library and the Government Affairs Institute.

Her brother, Leslie H. Goldberg, served as president of their family business, Bowl America Inc., until his death in 2019. In the last two years, his sister has focused on setting up a family foundation and making donations in his name to his alma mater, the University of Virginia.

That inspired her to create an endowment at her own alma mater while she is alive and able to see it benefit Maxwell faculty and students. She was thrilled to learn that Gadarian was selected. “The dean has assured me that Professor Gadarian is exactly the sort of scholar I hoped to see fill this position,” she says.

Fabian believes the need for critical thinkers is more important than ever. Her conversations with Van Slyke convinced her that today’s students could fill that need when inspired, as she was, by dynamic professors.

“I’m so encouraged by the fact that our students really want to make a difference,” says Van Slyke. “Merle believes, as I do, that professors can do a lot to expose students to a range of ideas that they may not have thought about or experienced. The most impactful professors bring together research and teaching and policy relevance to send their students out into the world to be constructive forces of change.”

Gadarian will hold the professorship for five years. Van Slyke is confident she will be an inspiring force who can influence careers and change lives. He notes that “nearly every student at Syracuse University takes a social science class in Maxwell where they are similarly encouraged to challenge ideas, wrestle with issues and become a force for positive change.”

To learn how you can get involved in Forever Orange: The Campaign for Syracuse University, which endeavors to raise $1.5 billion in philanthropic support to enhance academic excellence and the student experience for all, visit syracuse.edu/foreverorange.