Share
College of Arts and SciencesDepartment of PhysicsGravitational-Wave Group

Physicists from the College of Arts and Sciences’ (A&S’) Gravitational-Wave Group are at the leading edge of exploring the universe with gravitational waves. From designing and building gravitational-wave observatories to studying the science of current detections from the Laser Interferometer Gravitational-wave Observatory (LIGO), A&S researchers have played a key role in addressing fundamental questions about the physics of our universe.

Stefan Ballmer, professor of physics, and Duncan Brown, Charles Brightman Endowed Professor of Physics, are part of a team working on a next-generation gravitational-wave observatory capable of better sensitivity and higher precision than ever before. Called Cosmic Explorer, Ballmer says it could observe the collisions of the remnants from the first stars that formed in the universe. 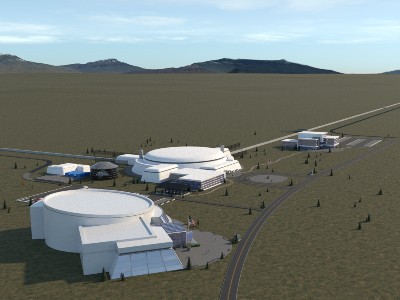 The idea for Cosmic Explorer was devised by a team of collaborators from Syracuse University, Massachusetts Institute of Technology, Pennsylvania State University and California State University, Fullerton. Their ideas recently received a resounding endorsement in the National Academies’ Astro2020 Decadal Survey. The survey, assembled over a three-year span by a 20-member steering committee and 13 expert panels who review proposals for major projects, sets the funding priorities for the next decade on behalf of the astrophysical sciences community. A favorable endorsement carries great weight with Congress and the three federal agencies that fund most U.S. astrophysical research: NASA, the National Science Foundation and the Department of Energy.

Regarding Cosmic Explorer, the Astro2020 survey states: “Gravitational wave astrophysics is one of the most exciting frontiers in science. One of the survey’s key priorities is the opening of new windows on the dynamic universe, with gravitational wave detection at the forefront. The continued growth in sensitivity of current-generation facilities, such as LIGO, through phased upgrades and planning the next-generation observatory, such as Cosmic Explorer, is essential. This will require investment in technology development now. The survey committee strongly endorses gravitational wave observations as central to many crucial science objectives.”

Ballmer and Brown were among an international team of scientists in 2015 who made the first observation of gravitational waves—the result of the collision of two black holes in the distant universe about 1.3 billion years ago–which confirmed a major piece of Albert Einstein’s theory of general relativity. That discovery was made by the Advanced LIGO detectors, located in Livingston, Louisiana, and Hanford, Washington. Since that time, gravitational-wave astronomy has seen significant advancements. In November, the LIGO Scientific Collaboration announced the discovery of 32 new pairs of black hole collisions and two events where a black hole swallowed a neutron star, bringing the total number of events seen to over 220 since 2015. 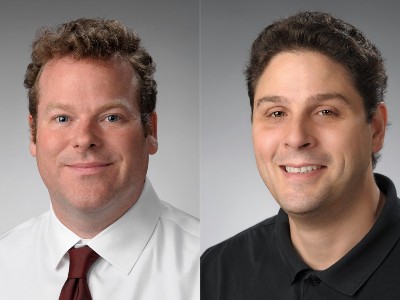 A&S physicists and their collaborators have been designing Cosmic Explorer, which according to Brown will have 10 times the sensitivity of Advanced LIGO and could detect every black hole collision in the visible universe.

“Cosmic Explorer will push the reach of gravitational-wave astronomy towards the edge of the observable universe,” says Brown. “Cosmic Explorer’s observations of merging neutron stars will explain the build-up of the chemical elements that are the building blocks of our world and make discoveries that cannot yet be anticipated, especially since gravitational waves reach into regions of the universe that electromagnetic observations cannot explore.”

Ballmer says that the Syracuse University Gravitational-Wave Group sits at the intellectual core of the Cosmic Explorer project, whose conceptual design phase alone is expected to exceed $60 million over the next five years. The team aims for Cosmic Explorer to be operational in the mid 2030s, but for that to happen they say investment in technology development is needed now.

Read more about the 2020 Decadal Survey and LIGO’s recent discoveries.