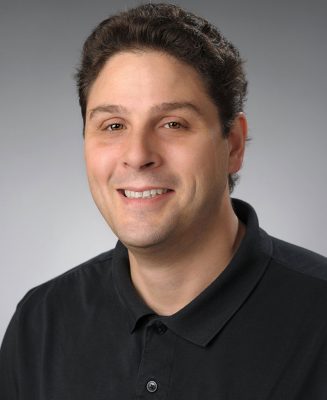 Stefan W. Ballmer, professor of physics in the College of Arts and Sciences, has been named a Fellow of the American Physical Society (APS). He joins 23 previous University faculty members to receive the distinction during the 100 years the award has existed. The fellowship recognizes members who have made advances in physics through original research and publication, or who have made significant contributions in the application of physics to science and technology.

The APS honors each of their fellows with a dedicated citation for their work. Ballmer’s citation reads, “For a critical role in the design and commissioning of the Advanced LIGO detectors and the scientific interpretation of their observations, for leadership in the development of third-generation gravitational-wave detectors, and mentoring of the next generation of gravitational-wave experimenters.”

Ballmer has been a professor at the University since 2010 and his research interests span experimental gravitational-wave physics and gravitational-wave detector technology. In 2015, Ballmer led a team of University physicists, along with APS Fellows Duncan Brown, Charles Brightman Endowed Professor of Physics, and Peter Saulson, professor emeritus of physics, who were instrumental in making the first observation of gravitational waves. This crowning achievement in gravitational-wave astronomy opened a new window onto the cosmos and confirmed a major prediction of Albert Einstein’s 1915 general theory of relativity. Those detections of the after effects of a collision of two black holes were made by the Advanced Laser Interferometer Gravitational-wave Observatory (Advanced LIGO), which Ballmer helped to design and build.

Since then, through grants from the National Science Foundation (NSF), Ballmer and his students have been working to improve the detection capabilities of Advanced LIGO. The team has been researching and designing improved reflective coatings for the detectors’ mirrors and new laser wavefront control sensors and actuators. Ballmer was also a principal investigator on the NSF’s Horizon Study for Cosmic Explorer, a U.S. next-generation gravitational-wave detector concept capable of observing colliding black holes, and merging neutron stars across the entire universe and cosmic time. Graduate students of Ballmer’s research group are also on site at the observatories right now, preparing the detectors for the next observation run.

Along with Ballmer, other recent APS fellows from Syracuse University include Lisa Manning, William R. Kenan, Jr. Professor of Physics and founding director of the BioInspired Institute, and Christian Santangelo, professor of physics, who each earned the honor in 2019. Jennifer Ross, professor and current department chair of physics, was named an APS Fellow in 2018.