After rising to the position of vice president of engineering technology at International Flavors & Fragrances (IFF), one of the top priorities for Steve Huang G’72, G’75 was to build a culture that supported the needs of everyone in the company. Huang’s early career and experiences as a chemical engineering student at Syracuse University shaped a belief in the nexus between serving and a better society. 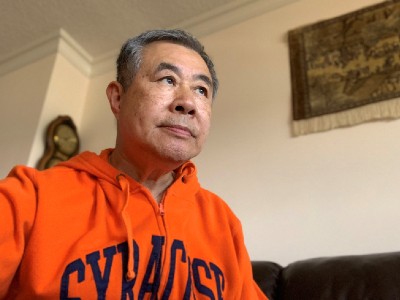 “You kind of change your life perspective,” says Huang. “I decided my focus will be trying to train and cultivate younger engineers and professionals in my company and creating the proper environment for them to grow and develop.”

Now as a management and technology consultant, Huang is scaling these core philosophies and finding new ways to serve gifted, young talent around the world. In honor of the man that once served him, Steve Huang has made a generous gift to the University’s Forever Orange campaign to establish the endowed Allen J. Barduhn Memorial Scholarship in Chemical Engineering.

“Professor Barduhn trained me and shaped me to become an engineer, but he also helped me on a personal basis,” says Huang. “I told him once, ‘I look at you not just as my advisor, but almost like a parent.’ I respect him to such a degree.”

Barduhn had a profound influence, but it was the caring actions of foreign student advisor Virginia Torelli that made Huang first feel welcome in Syracuse. Huang completed his undergraduate degree in Taiwan and a scholarship made it possible for him to pursue a graduate degree at Syracuse University. He arrived in the United States for the first time after 5 p.m. on the Friday before Labor Day weekend. To Huang’s surprise, Torelli waited to help him get settled.

“She stayed until everything was taken care of,” says Huang. “Even the service people at the dorm stayed to open the door and get me into my room. I could not believe that. My first impression was very warm, and it was a tremendous experience.”

Selflessness from others is at the center of Huang’s Syracuse University experience, most notably from Professor Barduhn.

“I was very, very fortunate. I had one of the best advisors I could ever have. Professor Barduhn really had patience and explained to us the purpose of research,” says Huang. “He really taught you how to work on problem solving. He wanted to train you and help you grow, and he wanted you to graduate.”

Barduhn also had experience in industry, which enabled him to prepare his students with knowledge and insight unobtainable from a textbook. The benefits and positive experiences stemming from Huang’s decision to attend Syracuse University were considerable, but it was what Barduhn did next that may have carried the most weight.

“Professor Barduhn had such good advice. He is a tremendous person,” says Huang. “Not only did he teach me how to make good engineering judgments, but he also helped me get my green card.”

Having a green card sponsor was key because it made it easy for Huang to take job interviews. Barduhn hired Huang to work in his lab and helped him gain permanent resident status.

“He told me, don’t worry, you have a Ph.D. degree, stay, work for me, and at the same time he said he would apply for a green card for me,” says Huang. “I was only his student, but he was willing to do that. So, I got my green card from Dr. Barduhn’s application. That is a favor I can never return. I will always remember him.”

Huang also credits his time at Syracuse University as a big step toward learning how to develop cross-cultural relationships and working with a variety of people—skill sets that would become invaluable as his professional career took off. Huang initially wanted to be a professor, but Barduhn urged him to first go to work as an engineer. Young and fearless, Huang accepted a research and development position with IFF in 1976. He was the first chemical engineer with a doctoral degree hired by the company, and Huang took up the challenge to pioneer his position.

In the 1980s while Huang was developing and implementing advanced control systems at IFF’s United States and European manufacturing sites, he collaborated with colleagues in legal, finance and marketing departments to lead the company’s game-changing expansion into China. Through the 1990s, business in China thrived and Huang’s global manufacturing responsibilities increased substantially. In 2001, Huang advanced to the role of vice president of global chemical manufacturing and he continued to help IFF grow by applying solid business models, including sales and operations (S&OP), and Systems Applications and Product (SAP) implementation. By the time he retired after 35 years, IFF had seen sales increase by 600 percent and become an industry leader worldwide.

It is not a coincidence Huang understands the impact of generosity and the right environment over time. The opportunities afforded to him by others prompted one good thing leading to another throughout his education and career. Ultimately putting him in a position to serve. That is a position he says he may not be in without a chance to attend Syracuse University.

“Every one of those small things adds up. I am very appreciative for the scholarship that I had. I don’t think I would have been able to come to the United States without it,” says Huang. “With this gift, I hope we can stimulate our alumni to really spend some effort and resources to help with education to build a better society. People are our foundation. I was really happy that I was able to do this.”