How 9/11 Impacted the Technology and Techniques of Forensic Science

The terrorist attacks of Sept. 11, 2001, changed so much of American life in the coming years, exposing major security vulnerabilities but also bolstering international coordination, crisis planning and mass disaster response.

Strategies and methods developed at Ground Zero in the days following Sept. 11 now benefit forensic labs around the world. That’s according to Kathleen Corrado, executive director of the Forensic and National Security Science Institute (FNSSI) in Syracuse University’s College of Arts and Sciences. 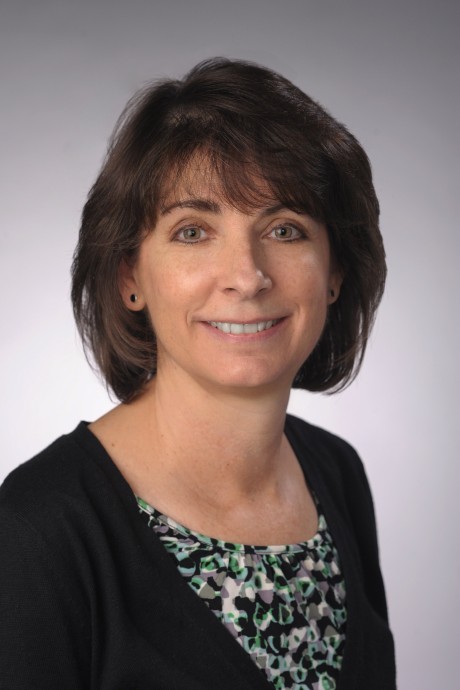 She has more than 25 years of experience in forensic biology and DNA testing and has spent the last two decades directing a full-service crime laboratory.

Corrado answers five questions below about how the terrorist attacks and the massive search, rescue and recovery efforts that followed impacted the greater forensic science field.

Q: Can you talk about the overall impact of 9/11 on the forensic science community?

A: While the forensic science community had previous experience dealing with mass disasters and identification of remains, the magnitude and challenges of this effort both technologically and emotionally were like nothing ever seen before.

The forensic community came together very quickly and created procedures for collecting, tracking and managing specimens and for obtaining reference samples from grieving relatives. Every day, decisions were made about new techniques that balanced the speed of testing versus the accuracy needed for identification and how best to analyze comingled and degraded samples.

The effort was a collaboration of public laboratories, private companies, universities, forensic scientists, geneticists, software engineers and statisticians all working together to try and identify all the victims.  The responsibility and dedication of all those involved, including many entities that volunteered their time, was unparalleled. Two months after 9/11, an airbus crashed into the Rockaways section of Queens.  The identification of the 265 people that perished that day occurred in record time because of the methods that were developed in response to 9/11.

A: The sheer volume of data was overwhelming. Massive large-scale databases were created to manage and track reference and evidentiary samples. New technologies were also developed to handle samples that were exposed to high temperatures and were extremely degraded and compromised. Computer statistical software was developed to perform kinship analysis.

Some of these technologies, including improved DNA extraction methods, improved software for data analysis and improved analytical capabilities to type degraded DNA borne out of necessity at Ground Zero, are now being used today to benefit current day operations in forensic laboratories throughout the world. The lessons learned have also helped identify remains of missing persons, identify the remains of unidentified service men and women and have been used in other mass disasters such as the Thai tsunami where over 200,000 people died in 2004.

Q: What do you see as one of the biggest shifts or changes in forensic science since 9/11?

A: One thing that was made very clear from the 9/11 event was that every jurisdiction both large and small needs to have a mass-disaster plan at the ready. When an event such as a plane crash, extreme weather event, or building collapse happens, there isn’t time to think about what type of funding or staffing resources are needed; how remains will be collected or tracked; who will be in charge of testing the samples, collecting personal reference samples, organizing the data; and lastly, how will the information be communicated to the families, the media and the public. These are all issues that need to be worked out prior to an event happening to ensure the practical aspects and procedures are well thought out ahead of time and are not being determined on the fly during a chaotic event.

A group called the Kinship and Data Analysis Panel (KDAP) that was created during the 9/11 event and continued to provide guidance to the identification project for years after 9/11, published an NIJ document titled “Identifying Remains: Lessons learned from 9/11” to be used to prepare for future mass disasters.

Q: When it comes to identifying remains and DNA techniques, what has changed over the last 20 years?

A: The sensitivity and the speed at which DNA typing occurs has continued to evolve at an incredible pace. Current typing technologies allow full DNA profiles to be developed from very small amounts of DNA, including DNA that is degraded or otherwise compromised.

Lastly, the development of new instrumentation called rapid DNA analysis, allows for samples to be processed and interpreted from start to finish in under two hours without any human intervention. This instrumentation can be deployed at the scene of a disaster, can process multiple samples at one time and can be used for many types of samples including from unidentified remains or known reference samples. This technology is a game changer as it allows for identification to be occurring at the immediate site and in a shorter timer period reducing the chance of sample deterioration and getting the information out sooner.

Q: There are reports that victims are still being identified from that devastating attack. What do you think that says about science, perseverance and future work?

A: I think this speaks to the dedication and commitment of those in the field of forensic science and the importance of the mission. So many forensic scientists are extremely passionate about their work and the idea of being able to utilize and apply science to assist those in difficult circumstances, whether that is providing closure to victims of crime or to families that have lost a loved one in a mass disaster or as a casualty of conflict. It is often difficult and taxing work but, in the end, the idea that you have helped someone in need is incredibly rewarding and is what drives so many to this field.