Top physicists from five institutions from around the United States, including Duncan Brown, Charles Brightman Endowed Professor of Physics in the College of Arts and Sciences, will come together to explore the physics of neutron stars—the densest form of matter observed in the universe. The Nuclear Physics from Multi-Messenger Mergers (NP3M) Focus Research Hub establishes a collaborative research group that will investigate the properties of dense, strongly interacting matter present within neutron stars. By understanding neutron stars, physicists hope to learn more about the similarly dense properties of atomic nuclei. 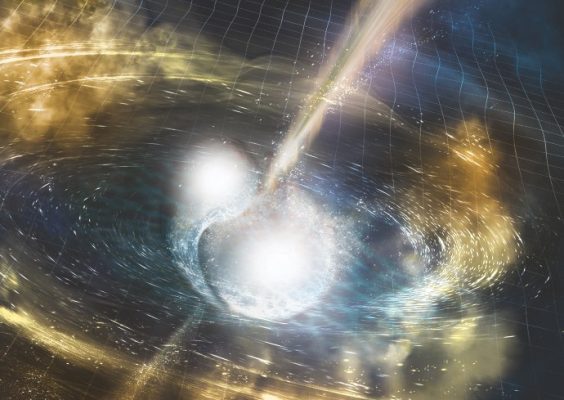 Neutron stars and the merging of neutron stars play a critical role in the cosmos. When massive stars exhaust their nuclear fuel and die, their cores collapse and the outer layers explode away. What was once a star many times larger than the sun becomes the most dense matter in the universe: a neutron star, which packs one and a half times the mass of the sun into a ball the size of Manhattan.

When two neutron stars orbit one another, they spiral inward due to gravitational radiation until they collide, sending out gravitational waves throughout the galaxy. The gravitational waves generated by these collisions are detected using observatories like the National Science Foundation’s Laser Interferometer Gravitational-wave Observatory (LIGO). The colliding neutron stars can also create bright flashes of light which can be seen by telescopes on Earth and in space. Multi-messenger astronomy, which combines these “messenger” signals in light and gravity, can help researchers answer one of the most fundamental open questions in science: what is the physics that governs the structure of atomic nuclei? 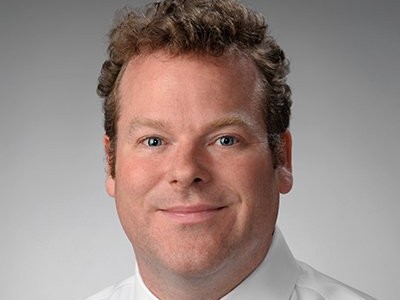 Brown brings to the NP3M research hub expertise in gravitational-wave astronomy. In 2017, he was among a team of researchers who witnessed the aftereffects of a collision of two massive neutron stars: the process of gold being created. Using LIGO observations of neutron star collisions, Brown has studied the nature of matter at extremely high densities and pressures—far higher than can be created in a laboratory on the Earth. Observing these collisions has revealed key information about how the nucleus behaves, but researchers say there are still many unanswered questions that NP3M will look to resolve.

“A complete description of matter at the densities found in atomic nuclei still eludes scientists,” says Brown. “Discovering this ‘nuclear equation of state’ would transform our understanding of dense matter. Multi-messenger astronomy—observations with both gravitational waves and light—are one of the NSF’s ‘Ten Big Ideas’ for research that will advance science and technology in the United States. Multi-messenger observations give us unique insights into the nature of matter and energy and help to answer some of the most profound questions before humankind.”

The NP3M research hub will also play a significant role in training the next generation of physicists, from students to post-doctoral researchers. The grant will fund post-doctoral scholars at Syracuse University who will use gravitational-wave observations of neutron star mergers to study the nature of extremely dense matter.

“Syracuse scientists will bridge nuclear theory and computer models to gravitational-wave observations made by Advanced LIGO,” Brown says. “They will work closely with hub scientists from across the U.S. with the expertise needed to unlock the secrets of the nucleus using neutron star mergers.”

Through a coordinated effort over the next five years, NP3M will make significant breakthroughs in gravitational-wave astrophysics, advance the understanding of dense matter, and educate future researchers. Together, their collaboration will help to unlock some of the universe’s most hidden secrets.