Ever since Swedish naturalist and explorer Carolus Linnaeus developed the uniform system for defining and naming species of organisms, known as binomial nomenclature (e.g., Homo sapiens for human beings), scientists have wondered if they will ever be able to predict the total number of species with whom we share the planet.

At current count, there are about 54,000 known vertebrate animals, which are those having a backbone or spinal column, including mammals, birds, reptiles, amphibians and fishes. Professors in the College of Arts and Sciences explored whether or not the scientific community will ever be able to settle on a “total number” of species of living vertebrates, which could help with species preservation. By knowing what’s out there, researchers argue that they can prioritize places and groups on which to concentrate conservation efforts. 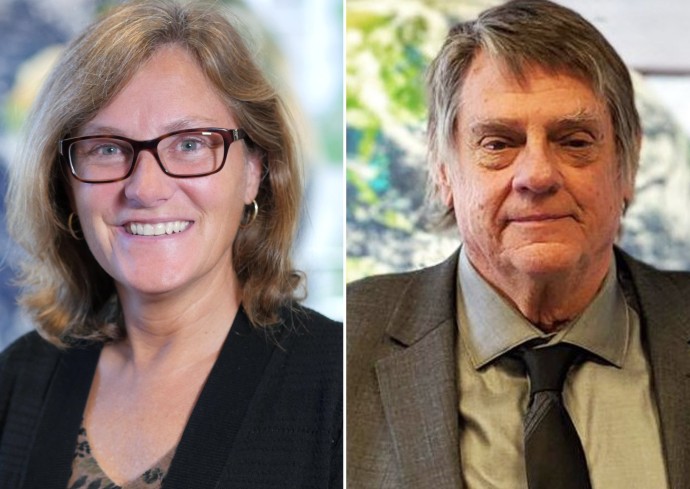 Research professor Bruce Wilkinson and professor Linda Ivany, both from the Department of Earth and Environmental Sciences, recently co-authored a paper in the Biological Journal of the Linnean Society where they determined that forecasting the total number of species may never be possible.

When asking the question, “how many species?” it is important to note that only a fraction of existing species have been named. In order to make a prediction on a total number, researchers project the curve of new species descriptions each year into the future until eventually reaching a point when all species should have been found. 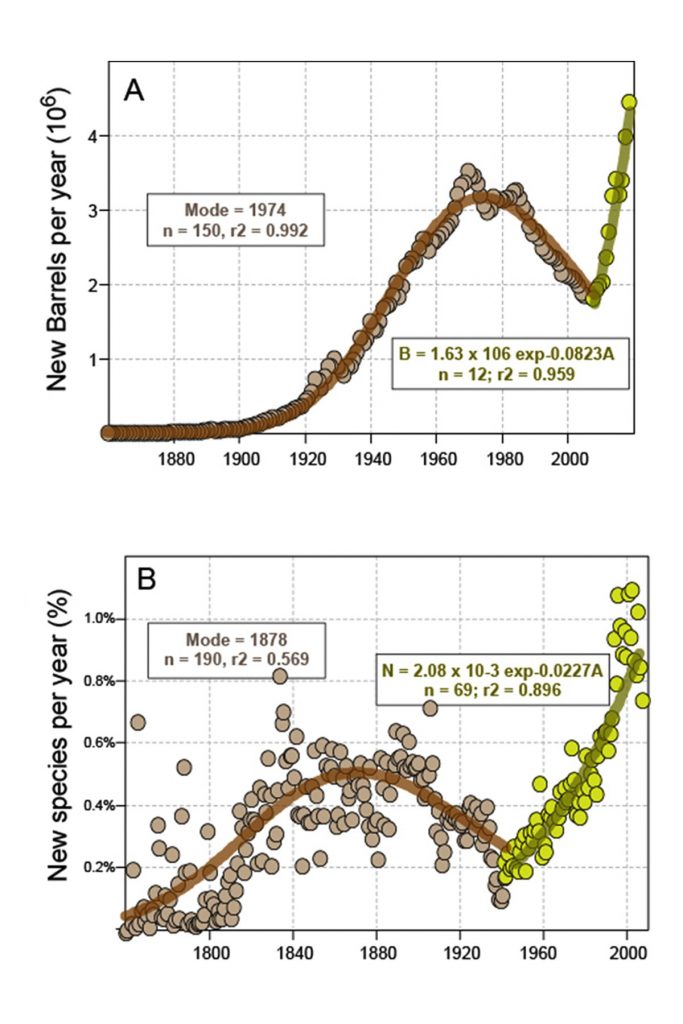 Wilkinson, a geologist, noticed parallels between the discovery curves of new species and the total reservoir size of nonrenewable resources like oil or mineral ores. Similar to the species curve, by extending the oil reservoir curve researchers thought they should be able to estimate the total global reservoir and how long it will take to get to it all. The theory of resource exploitation suggests that the number of discoveries over time follows a bell-shaped curve: The curve rises as production rate increases due to new discoveries and then decreases as production declines, despite all the effort continuing to go into finding the resource. The time of maximum discovery is known as Hubbert’s peak, after M. King Hubbert who predicted it. Following that time, the resource is being evermore depleted until it is used up.

“The problem with using that curve to predict how much is left is that you have to assume that the effort invested and the approach used to discover new oil, or species, is consistent and known,” says Wilkinson. “We used to think we’d gone over the peak for oil and gas around 1972, but then 15 or so years ago someone figured out how to do horizontal drilling and all of the sudden there was a new bump in the amount being discovered.”

Wilkinson and Ivany say that the discovery curve for new species of vertebrate animals shows a similar bump. Like the increase in the oil curve caused by horizontal drilling in the early 2000s, there was a surge in new species discovery beginning around 1950, when new funding was being dedicated to science after World War II, more scientists were going into biology, and new molecular techniques were leading to an increase in the ability to distinguish species from one another.

In both cases, unforeseen changes in the effort and method of discovering new oil or species altered the way the discovery curves were playing out.

If researchers had estimated the total number of species based on data prior to 1950, their estimates would be much different from any estimate made today, and both would likely be wrong because those new advents cannot be predicted.

In some ways, this is a reflection of the scientific method, in which hypotheses stand until new facts are discovered, which lead to changes in the hypothesis.

“As much as we’d like to know ‘the number,’ the total species richness of the planet will remain an elusive target,” says Ivany.

Read their full paper, “Estimating vertebrate biodiversity using the tempo of taxonomy – a view from Hubbert’s peak,” in the Biological Journal of the Linnean Society.