Share
College of Arts and SciencesDepartment of ChemistryEi-Ichi NegishifacultyNobel Prize

Nobel Laureate Ei-ichi Negishi, a faculty member in the Department of Chemistry in the College of Arts and Sciences from 1972-79, died June 6 at age 85. A graduate of the University of Tokyo and the University of Pennsylvania, Negishi completed a postdoctoral fellowship at Purdue University before joining the Syracuse faculty. He returned to the faculty of Purdue University in 1979, where he served until retiring in 2019 as the author of more than 400 scientific papers. 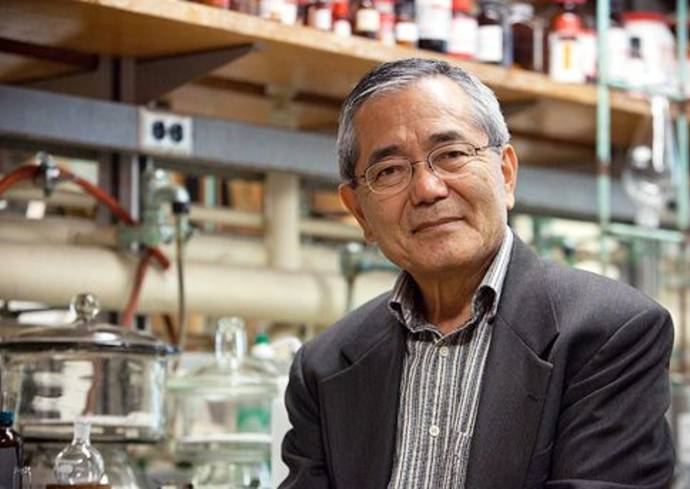 His Nobel-winning research focused on chemical reactions that produce complex organic compounds, a technology now used in drugs, plastics and many other industrial materials. Using metals and particularly palladium as a catalyst, he created a simpler technique for creating these organic chemistry reactions that reduces cost and waste.

The process, which he compared to creating elaborate structures from Legos, is known as the “Negishi coupling.” The technique provides chemists with the ability to selectively change parts of a molecule without altering other parts. He never sought a patent for the technology, reportedly embracing the principle of scientific openness.

Negishi was born in 1935 in a region of northeast China then controlled by Japan. After World War II  his family lived in a rural area outside of Tokyo, where his father farmed. After earning his bachelors of engineering at the University of Tokyo, he worked as a research chemist in Japan. In 1960, he won a Fulbright Scholarship to attend the University of Pennsylvania, where he finished his Ph.D. Negishi remained a Japanese citizen, receiving the Order of Culture from Emperor Akihito in 2010. He was elected to the National Academy of Sciences in 2014.