When it comes to choosing a partner, humans tend to be attracted by characteristics like personality and common interests. In contrast, insects tend to be a bit shallow, as they choose a mate based on appearance, and in some cases, smells. One example is the leaf beetle, which produces chemical pheromones that are on their cuticles, or the exterior surface of the beetle. They use these “scents” to assess beetle sex and mating status (whether beetles are sexually mature or not). 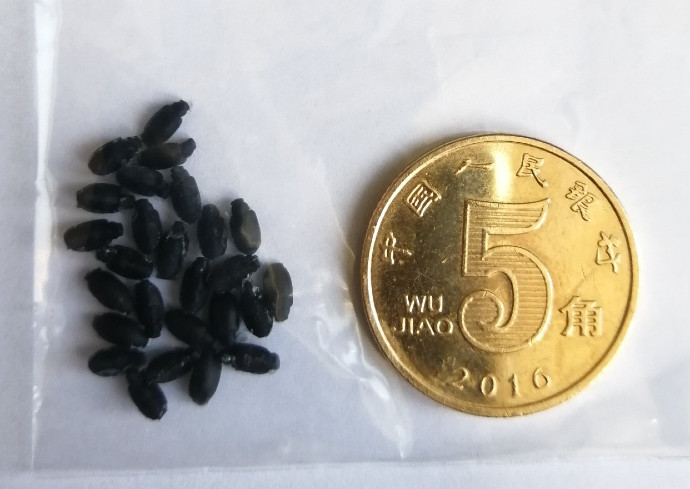 A cluster of 3D-printed beetles used to study the feasibility of artificial insects in mating studies. (Photo Courtesy: Huai-Jun Xue)

Kari Segraves, professor of biology in the College of Arts and Sciences, is interested in researching the chemical and visual signals that contribute to mate selection by these beetles. This work is part of a larger project focused on understanding how new species are formed.

By definition, species are related organisms that share common characteristics and are capable of interbreeding. Mating studies are essential in determining the mechanisms that might lead to reproductive barriers between newly formed species.

In the past, she and her colleagues have used a variety of models during these studies, including dead females and even round glass beads. To find a new and improved way of studying these insects, Segraves recently collaborated with Huai-Jun Xue and Si-Qin Ge from the Institute of Zoology, Chinese Academy of Sciences, to design, produce and test 3D printed beetle models to find out if they would be a feasible option when testing mate choice in these and possibly other insects. They believe this novel research to be the first time that 3D printed beetles have been used in mating tests.

According to Segraves, they designed this study after receiving some unusual results in a mating experiment that focused on the chemical signals used by leaf beetles. In that study, they used dead beetles as mating models and swapped the chemical signals between the sexes so that the male model smelled like a female and the female model smelled like a male.

Contrary to what they expected, they found that males did not have a preference for female over male chemical signals. This suggested that the trial itself may have been flawed because they had shown that the beetles always preferred females in another experiment that used chemically unaltered dead beetle models. They were concerned that more chemicals were being released after they had washed the dead models and that this was altering the results.

“We thought it would be a good idea to try using 3D printed models instead of dead females because the plastic used in 3D printing doesn’t have chemicals that would be confused as mating signals by the beetles,” Segraves says. She and fellow researchers from the Chinese Academy of Sciences conducted the planning and design of the work, and the 3D beetles were produced and tested in Huai-Jun Xue’s lab in China.

“In the study, we learned that the 3D models worked and were more effective than models that weren’t shaped like the beetles such as glass beads,” Segraves notes. Another interesting result revealed that males use color in mate selection as males tested on black versus white 3D models all chose the black models.

In the end, the researchers determined that when given an option, the beetles opt for the real thing over the 3D counterpart. When males were offered dead females with the reapplied chemical signals, males preferred dead females over black 3D models coated with the female scent. But Segraves says that’s to be expected given that there are probably other types of signals that can’t be replicated by 3D printing such as tactile signals.

Their results indicate that in the absence of a dead female beetle, 3D-printed models can provide a feasible and cost-effective method for mating studies of insects. Segraves believes that going forward, researchers studying beetles and other similar insects should use a combination of models. While dead females are most realistic, the 3D printed models allows scientists to more tightly control the chemicals that are present in a given experiment.