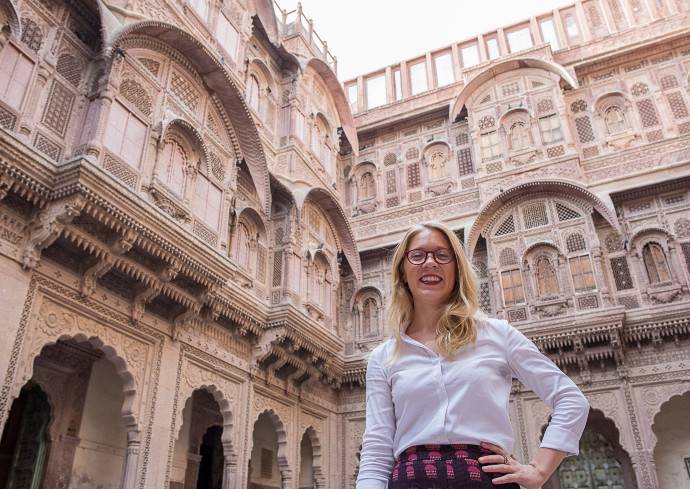 Laura Marsolek in the main courtyard of Mehrangarh Fort in India, where she studied decorative arts and jewelry traditions during her Luce scholarship. (Photo by Amanda Bensel)

Alumna Laura Marsolek ’13, G’17 was recently featured on an episode of the PBS series “Postcards,” a Minnesota-based public television show featuring the art, history and cultural heritage of western Minnesota. Marsolek, a native of Ortonville, Minnesota, is a metalsmith, art historian and jewelry expert. The program highlighted her travels around the world studying historic jewelry traditions, her experiences shadowing master goldsmiths and the story behind her own line of jewelry inspired by traditional Indian metalwork.

After receiving a bachelor of fine arts degree in art history and metalsmithing from the College of Visual and Performing Arts, Marsolek traveled to Kosovo where she taught English on a Fulbright scholarship while also apprenticing at a master’s filigree jewelry studio established by the former Yugoslav Republic. Upon completing that program, she returned to Syracuse University, this time to the College of Arts and Sciences where she enrolled in the Department of Art and Music Histories’ prestigious graduate program in Renaissance art, based in Florence and pursued a master’s degree in Italian Renaissance art history. Following graduation, Marsolek remained in Florence as a teaching assistant for Syracuse and Stanford universities while learning the art of hand-engraving at a Florentine studio.

In 2018, Marsolek was named Syracuse University’s first Luce Scholar. The nationally competitive fellowship program funded a year of study in India, where she worked as a curatorial research assistant at Mehrangarh Museum Trust in Jodhpur examining and inventorying arms, decorative arts and jewelry. Her job involved exploring how these diverse metal objects were made and perhaps who made them or to what regional craft production they belonged within the country of India. 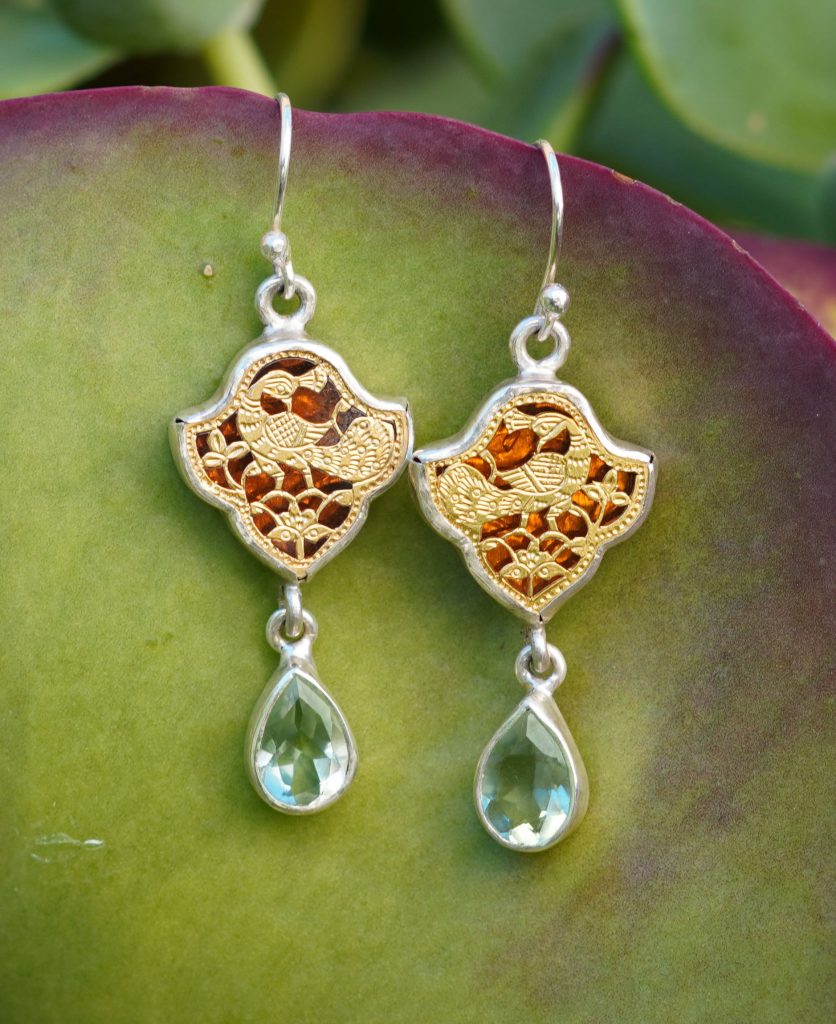 Outside of her time as a curatorial assistant, Marsolek shadowed artisans of the Soni community, or goldworkers caste, in Jodhpur and within the region of Rajasthan. Through these explorations, she learned of the art of Thewa jewelry making. Thewa is a technique of fusing 22 karat gold foil punctured into a decorative design to colored glass. Through collaborations with artisans in India, Marsolek founded Laura Margaret Design, a line of jewelry featuring the Thewa technique in colorful, gemstone settings.

Following her time in India as a Luce Scholar, Marsolek enrolled in the Graduate Gemology program at the Gemological Institute of America’s world headquarters in Carlsbad, California. She studied diamonds and colored stones as a fellowship student. Now a certified gemologist, Marsolek works as a fine jewelry cataloguer at Heritage Auctions, a southern auction house based in Texas. She is enjoying learning about American and European makers, as well as antique jewelry, and having the opportunity to inspect such pieces.