Great technology requires an equally impressive business plan supporting it. The goal is to have a company led by someone who understands what makes the company innovative and also the business and analytical skill to grow it into an industry leader. 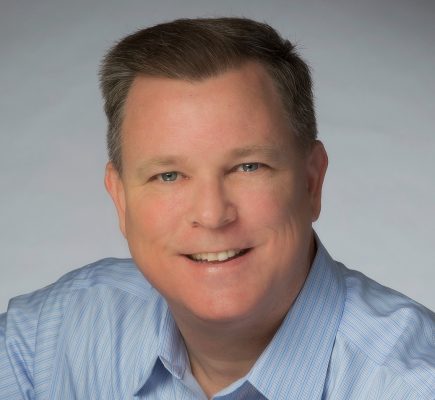 It takes passion and drive to lead a large-scale, publically held company and keep driving creative solutions. For George Kirby ’92, the business of innovation has defined his career. He currently serves as CEO of Ocean Power Technologies (OPT) and it’s an accomplishment built on a series of transformative steps that began with a single goal.

“I was brought up in a very hands-on environment. I always worked around farms and heavy equipment, and I’ve always had an affinity for engineering. My very first achievement was getting my degree at Syracuse University,” says Kirby. “It was a very emotional time for me and for my family because it was something I wanted to do from a young age. It’s very personal to me.”

As a student, Kirby had an industrious schedule, even by engineering standards. He was taking an average of twenty credit hours while working forty hours a week at multiple jobs. He was on the varsity ski team, and nights and weekends were spent in the sub-basement of Link Hall working with classmates.

“I had originally thought the aerospace program would be very focused, but it ended up being a pretty broad education,” Kirby says. “I ended up spending much of my career in the utility-scale electric generation and transmission industries in engineering and product development. A lot of what I learned as an undergrad was directly applicable for design and engineering in that industry.”

Engineering programs are particularly specialized, but enrolling at Syracuse University granted Kirby access to a diverse group of students and a broader collection of programs, which enabled him to study useful skills in other fields.

“You’re taking classes with people from all walks of life and it really expands your mind. I took some creative writing courses and I can remember those classes really helped me to develop my written communication skills. Those skills are essential today,” says Kirby. “Overall, my Syracuse education provided a solid foundation in engineering fundamentals and problem solving, but I think just as important, and something I value today, is how I learned critical thinking.”

The first of a number of pivots in Kirby’s career came right after graduation.

“When I graduated in ’92 the bottom was falling out of the aerospace industry. I took a different route and made my career in civil engineering and learned steel structure design. Then I circled back around and started working for General Electric (GE) in nuclear steam turbine product development,” he says.

Being employed by a company the size of GE came with a key benefit. Kirby had the opportunity to venture into new areas. Outside of engineering and product development, he gained his first experience leading sales teams, transitioned to project finance and ended up developing global power projects. The timing was perfect.

“This was in the early 2000s when onshore wind energy really started to boom and wind farms were being developed all over the world. Wind energy is another field where an aerospace background is so applicable. It’s all the same concepts, but a totally different application.”

While Kirby’s experience at GE built on the foundation he established in college, it also revealed a gap in his skillset. It prompted him to get his MBA, and in combination with his engineering background, sales leadership and product development and finance experience, Kirby had the adaptability necessary to lead OPT and guide the company through a complete strategic pivot.

Initially, the role was focused on creating new markets, developing new products, and commercializing. Then, in early 2020 during the global pandemic, it immediately became apparent OPT needed to add a new focus.

“Our management team was watching what was happening globally. We had a team coming back from Milan and Rome as Italy was shutting down and we knew we needed to prepare for this,” Kirby says. “We thought we have engineers, designers, and operations people. We understand production, and supply chain. Let’s put that to work here in New Jersey.”

For months OPT teams worked 24 hours a day to produce and donate face shields to first responders and the medical community, all while simultaneously keeping the business running and continuing to work with their customers on designing the future.

Autonomous systems, decentralized electrification, connectivity and data are all areas Kirby sees as opportunities for OPT to provide solutions for global issues like climate change and maritime security. OPT has developed a smart buoy capable of monitoring the ocean to provide environmental intelligence on myriad problems.

“We can attach surveillance systems to our buoys and place them in remote locations to track illegal fishing and territory encroachment,” says Kirby. “What we have realized is subsea electrification and digitalization really drive the need to rethink equipment design and connectivity. The industry is quickly moving toward electrifying the sea floor.”

Diversifying his career with skills outside his specialization has been critical to Kirby’s success. Particularly immersing himself in the world of business and understanding data. In 2019, he participated as a judge in Invent@SU and the program’s focus on teaching students to think like entrepreneurs resonated with him.

“It was as much about innovation as it was about how they thought broadly about the applicability and marketability of that innovation. It was really a phenomenal experience to see the talent at Syracuse University,” he says.

Kirby credits similar study opportunities for helping him advance. He appreciates the ability he had as an undergraduate to engage in industry and work alongside professors on real-world projects.

“The one bit of advice I would give to a class of seniors right now is to be cognizant of everybody that helps you along the way. When you’re done with your career, it’s really a series of helping hands that gets you to where you are,” says Kirby. “I have a list a mile long of people that have helped me to get to where I am today.”