Electrical Engineering Alumnus Works at the Heart of Human Exploration 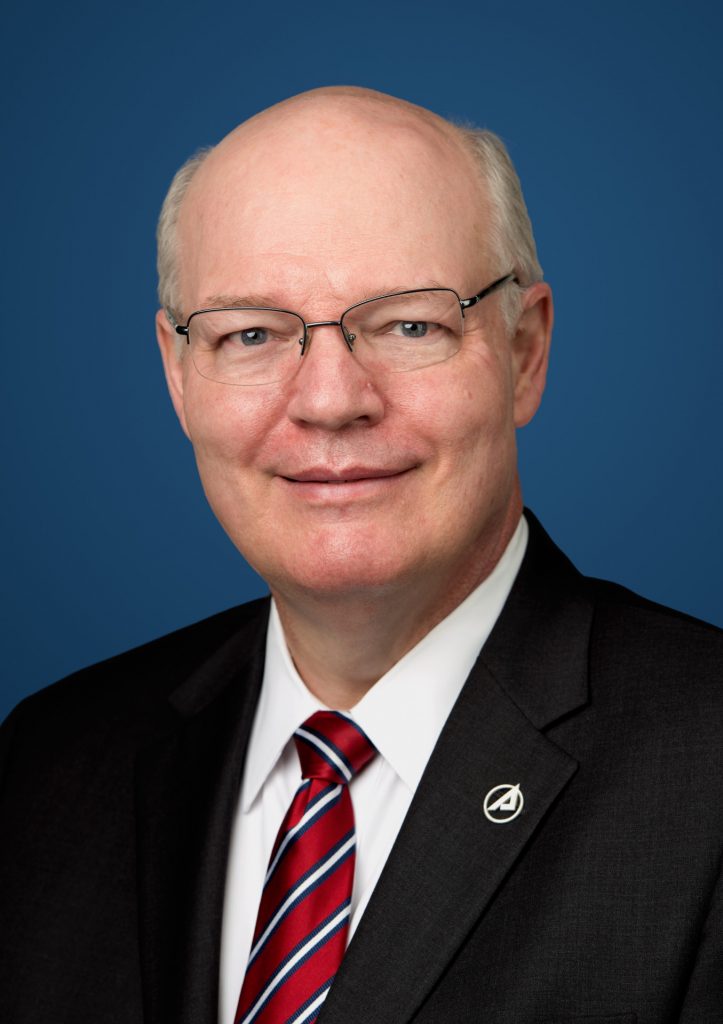 When Ed Swallow ’80 first visited the Syracuse University campus, he was not certain what engineering major he would pursue with his Air Force ROTC scholarship. Following a meeting with the electrical engineering program director, Swallow learned something he thought made electrical engineers unique and he knew what he wanted to do.

His initial Syracuse experience had an immediate and lasting impact.

“My advisor was really good about trying to get me to broaden my horizons. It was good the University allowed me to engage in a variety of experiences. It’s the multi-disciplinary education that my advisor helped me get that was the greatest takeaway,” says Swallow. “Knowing that I was Air Force ROTC and I was going to become an officer, my advisor basically said recognize you are not going to do a lot of engineering, you’re going to lead engineers and being a generalist is going to be better for your entire career. He was incredibly right about that. More than anything else, that one conversation made a big university feel very personal to me.”

That meeting formed the foundation of what would become the theme of his career. Swallow went on active duty in August of 1980 and started in satellite operations.

“I was very interested in image processing. I focused on infrared image processing by the time I graduated and that’s what ended up having the Air Force send me out to California to fill an electrical engineering slot,” says Swallow. “Back then it was highly classified, but I worked on the Gambit and Hexagon film return reconnaissance spacecraft and I heavily used my Syracuse background.”

While on active duty, Swallow went into space operations and helped on the front-end building first of their kind space systems. He gained leadership experience as an acting commander while stationed at Thule Air Force base in Greenland. Before entering the reserves in 1985, Swallow gained his first experience with NASA working as one of the payload communicators on space shuttle STS-4. From there things moved rapidly. Swallow took a job with a company named Ultrasystems Defense and Space, which through a series of mergers and acquisitions eventually became part of Logicon.

“I went from an individual contributor, to task manager, to assistant program manager, to deputy program manager, to program manager to director of programs for the entire Silicon Valley office. A lot of that was because I understood the customers and how to solve problems for them as a generalist, which helped me grow the business. I went to work for a company called Space Applications Corporation as tech director, but quickly moved to division general manager, and in 1997 I became the vice president of business development. Not long after that, they promoted me to the equivalent of COO,” says Swallow. “By 2001 we sold the company to L3 Communications, so I went to work at Northrop Grumman.”

Following the events of Sept. 11, 2001, Swallow’s work had him building relationships with the Department of Homeland Security, and he helped deploy the homeland secure data network. He would then go on to play critical roles in some of the largest IT projects in the country, including the New York City secure broadband wireless system for first responders and the first cloud deployment for the federal government. Swallow’s team even helped bring together the opening sequence of the 2008 Academy Award winning film “The Hurt Locker.”

“If you look carefully, that robot had a Northrop Grumman logo on it and I was the one that signed the deal that allowed them to use the robot for the film,” says Swallow. “They did not actually blow it up. Thank goodness.”

Like his Syracuse University advisor had told him, being a generalist had become the primary thread in his career. Following a brief retirement from Northrop in 2014, Swallow accepted his current position as senior vice president, Civil Systems Group at The Aerospace Corporation.

“It is the best job on the planet. I get to work with senior leaders in the space world, help advise them on policy and help them find solutions to deep technical problems,” says Swallow.

His current position has put him at the heart of the human exploration system. Recently, he co-chaired the program status assessment for Artemis, the mission to put the next man and first woman on the moon by 2024. He oversees a team building a next-generation space suit, and he has people managing the extravehicular activity of astronauts.

Swallow has ten simple rules for success he shares with students and young professionals. One of them is invest your time, don’t just put in the hours. This is a reminder to always think about what you are going to take away from working on a project. It’s a habit that helped him begin developing critical soft skills his last semester at Syracuse University when ROTC made him the cadet corps commander and he had to give weekly addresses.

“I sought leadership positions and it was that leadership training I received through the ROTC that I think was incredibly important,” says Swallow.

Now, as an industry leader, Swallow has some ideas about the next big growth areas for aerospace and electrical engineering.

“In aerospace engineering, where things are headed very quickly is hypersonics [pun intended]. High-speed point to point transportation. On the electrical engineering side, building trust into autonomous systems is the big thing,” says Swallow. “Building trusted AI systems that always have a predictable outcome is really a tough nut to crack and if somebody figures that out at the graduate level, they’re going to find a job just about anywhere.”

10. Invest your time, don’t just put in the hours.
9. Dress for the job you want, not the one you have.
8. Trying to show how smart you are usually backfires.
7. W.A.I.T: Why Am I Talking?
6. There are no “gut courses” in business—always do your best.
5. Build a brand, internally and externally, and honor that brand.
4. Verbs matter: Take blame; accept credit.
3. Make your boss a hero, help her get promoted, never surprise them.
2. Don’t confuse activity with results.
1. Integrity, honesty and strong ethics outweigh all else.