What Was That Big Boom? Earth Sciences Professor Digs In

Boom! Neighbors around Central New York reacted to an explosive sound on Wednesday afternoon, likely a sonic boom from a meteor that streaked across parts of New York, Maryland, Michigan, Ontario, Pennsylvania and Virginia. 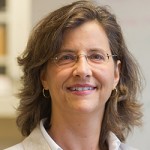 Suzanne Baldwin is the Thonis Professor of Earth Sciences at Syracuse University’s College of Arts and Sciences. Professor Baldwin explains some of the science behind these types of events and what likely happened to the meteor from Wednesday.

“We heard and felt the sonic boom yesterday. We were outside when it happened.

“It makes sense that it was a meteor (aka shooting star) that entered the atmosphere. Although we did not see a fireball, the media has reported a fireball was caught on camera. So it is likely that the meteor burned up in the atmosphere.

“If the meteor hit the earth, then it is called a meteorite. I have not heard that anyone has found a meteorite associated with the sonic boom and fireball, although I bet there are people searching for meteorites.

“Space objects that can potentially cross Earth’s path and burn up in the atmosphere or land on Earth include asteroids (composed of rock), comets (composed of rock, ice, dust and gas) and plenty of space garbage too (e.g., pieces of space crafts, parts of rockets, satellites that are no longer working).

“NASA catalogs near-Earth objects as larger than 1 km in diameter. Check out this link for the count of all known asteroids in the solar system between Jan. 1, 1999, and Jan. 31, 2018.”