A Gift Grounded in Love and Advocacy 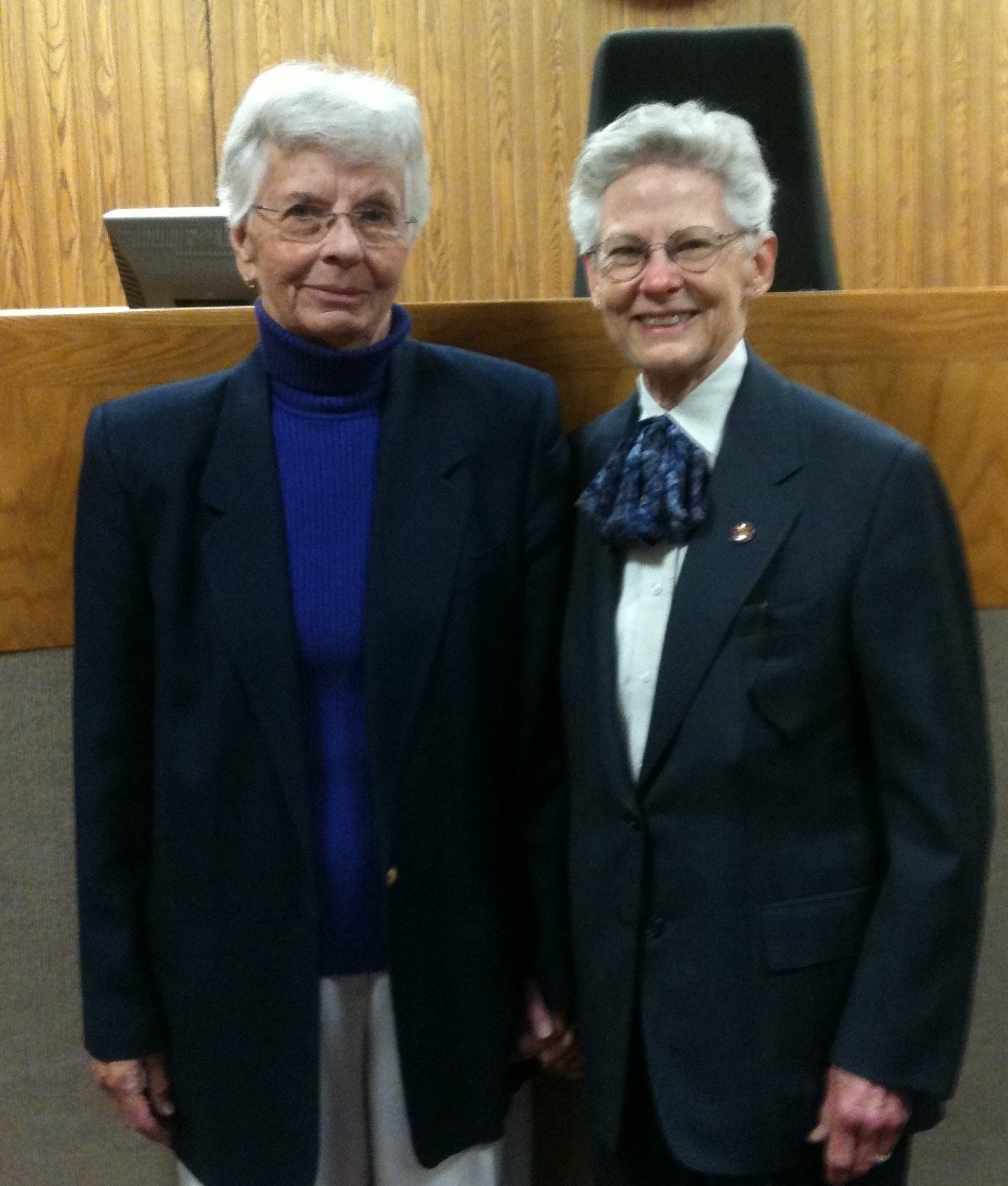 Their marriage certificate is framed and hangs on the wall in their home, a forever tribute to the love between Janet G. Jones and Syracuse University alumnus Dr. Faith (“Chris”) Maltby Cobb ’51, G’66, Ph.D. ’74. Though Dr. Cobb passed away in 2018, their commitment endures through a new gift of $2 million to the Forever Orange campaign to fund the Cobb-Jones Clinical Psychology Endowed Professorship within the Department of Psychology in the College of Arts and Sciences.

“Chris had a great fondness for Syracuse University,” explains Jones, who met Cobb a half century after she attended the University. “Like so many young women in the 1940s, Chris looked at college as an opportunity to move away from home. She was an only child from a small town, and she picked Syracuse University because it was big enough and just far enough away that she wouldn’t be expected to go home on weekends. Beyond that initial reasoning, Chris fell in love with the University. She really found herself there. And when it came time to choose a place to pursue her Ph.D. in clinical psychology, Syracuse was the only choice for her.”

Jones and Cobb traveled different journeys and led separate lives through the decades of the ’70s, ’80s and ’90s. Each of them married, raised children, pursued careers and achieved stellar academic credentials. Jones was an award-winning chemist, honored by the National Science Foundation, with Guggenheim and Fulbright Fellowships and receiving the Garvin Medal of the American Chemical Society. She was a professor at Montana State University, Colorado State University, SUNY at Buffalo and North Carolina State University.

Cobb had a private clinical psychology practice and was a school psychologist in the Fayetteville-Manlius School District where she became a fierce advocate for children with disabilities. She carried that passion beyond retirement from the school district, returning to Syracuse University to lead the Learning Center and then working with the administration of New York State Governor Nelson Rockefeller to craft the first legislation in the nation to protect the rights of individuals with disabilities. Her work at the state level would lay the foundation for the national Americans with Disabilities Act (ADA).

“Chris was excellent at raising holy hell. Let me tell you,” says Jones, with fondness. “She used her gift as a psychologist and a deeply empathic person to understand, to persuade, to advocate and to achieve justice for all those whose disabilities stood in the way of opportunity and equality.”

When Jones and Cobb finally met—at a workshop when they were both in their “golden years”—things just clicked. “It sounds cliché, but it truly was love at first sight,” Jones recalls. “We decided to get married as soon as it was legal in the United States, and specifically in Washington, D.C., where we were living. When we walked out of the courthouse as a married couple on April 10, 2010, we were both surprised at how different we felt. We were finally a couple in the eyes of the law. Our marriage certificate hangs on the wall, so it won’t ever be lost.”

Together in 2002, Cobb and Jones established the Comis Foundation that seeks to enhance the lives of children and youth with the belief that all individuals have a right to full participation in society. After Cobb’s death in 2018, Jones began to explore how best to pay tribute to her true love. Syracuse University was the obvious channel. Their families agreed. The Orange spirit runs deep, through Cobb’s son Robert A. Cobb ’74 (College of Arts and Sciences and Maxwell School) and her daughter Debi whose son Andrew R. Scully ’08 graduated from the College of Visual and Performing Arts.

“Not only was Chris a dedicated alumnus and lifelong learner and advocate,” says Jones. “But her degree in clinical psychology from Syracuse defined her life. She loved connecting with people, understanding them, eliciting the best from them. Good intentions were never good enough for Chris. She believed that people needed to know what they were truly about to understand other people. That is the foundation of clinical psychology. It’s not theory—it’s applied every day to help people live their lives to the fullest.”

“Chris’ passion for her field and for connecting with people is the embodiment of our credo of ‘think freely, act ethically and live decisively,’” says Dean of the College of Arts and Sciences Karin Ruhlandt. “Thanks to Janet honoring Chris’ extraordinary life of service and scholarship with this endowed professorship, our Ph.D. program in clinical psychology—consistently highly ranked—will provide an even more robust experience to our students.”

The endowed professorship is designed to elevate the study and practice of clinical psychology. “The clinical side of psychology changes lives,” says Jones. “And it was the core of Chris’ advocacy work.”

“This gift will enable us to continue to engage in critically important research and to foster the same deep commitment to understanding people that Dr. Cobb demonstrated throughout her career,” says Criss.

When asked what she would say to the recipient of the new Cobb-Jones Clinical Psychology Endowed Professorship, Jones says simply: “It’s the foot soldiers who do the work and make the difference.”