Where Does the Water Go? 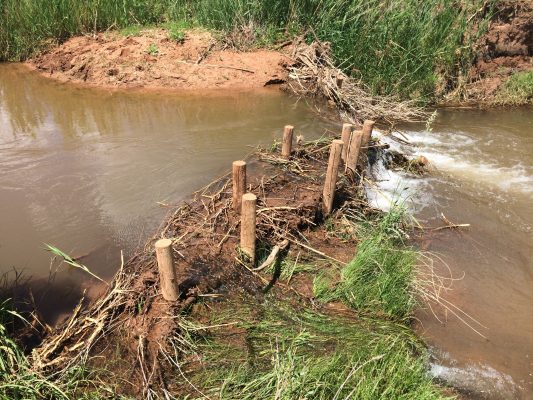 Beavers play an important role in maintaining the habitat around streams throughout the United States. Beaver dams slow water velocity, preventing stream banks from eroding. Without these dams, the rushing water and sediment cuts the stream channel deeper into the ground, dropping the water table. If the water table drops too far below neighboring plants and shrubs, native vegetation dies off resulting in a barren landscape and a loss of biodiversity, further upsetting an area’s ecological balance.

To replicate the effects of beaver dams, a modern stream restoration technique known as “beaver dam analogues” (BDAs) has been developed. These artificial structures consist of wooden posts woven with vegetation to slow water velocity. The intention behind BDAs are to raise the water table in order to restore or maintain native vegetation and to slow water velocities to reduce erosion.

As populations of beavers have declined, municipalities, state agencies and private landowners in the western U.S. have installed BDAs, but have not necessarily monitored their effects, according to Christa Kelleher, assistant professor from the Department of Earth and Environmental Sciences. As a result, little is known about how these structures function in their surrounding landscape. 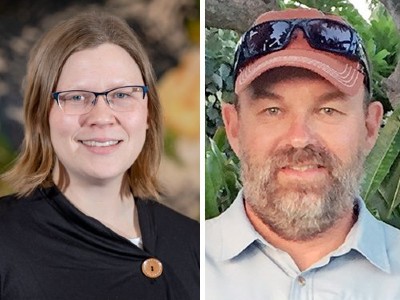 Through a grant from the National Science Foundation and in partnership with The Nature Conservancy Wyoming, Kelleher and collaborator Philippe Vidon, professor in the Department of Forest and Natural Resources at the State University of New York College of Environmental Science and Forestry, will investigate how BDAs affect the storage and flux of water along stream corridors. The team will look to answer the question: Where does the water go?

Topics Kelleher and her team will investigate include: if water in the stream primarily leaves as evaporation because the dams generate a large pond upstream; if water moves from the stream to recharge the groundwater aquifer (underground rock or sediment that holds groundwater); or if water simply moves around the BDAs into the surrounding land and then re-enters the stream through groundwater-surface water interactions.

“We will accomplish this by field observations and modeling to try to get at not just individual processes, but their interactions,” says Kelleher. “What we learn around these beaver dam analogues will be compared to similar observations and analysis along stretches of river that do not have these structures, to contrast our findings.”

The research team will complete fieldwork in Wyoming at BDAs installed by The Nature Conservancy. The group will monitor groundwater levels, surface water levels and estimate evapotranspiration (the rate of water moving from the land surface to the atmosphere). Using drone imagery, they will also observe changes to erosion and deposition. They will communicate their findings to state agencies and local stakeholders who are interested in learning more about these structures and how they affect the local ecosystem.

“We hope to understand not only how these structures impact hydrologic processes, but whether they also achieve broad management goals of that conservancy area,” says Kelleher.

With so little known about the long-term effects of BDAs, this study will provide much-needed context for how human interactions are impacting western U.S. watersheds.