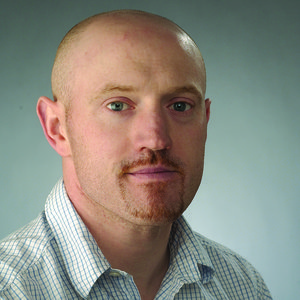 Robert P. Doyle, the Laura J. and L. Douglas Meredith Professor in the Department of Chemistry in the College of Arts and Sciences and adjunct associate professor of medicine at SUNY Upstate Medical University, has developed a new drug lead to treat type 2 diabetes in millions of patients who are seeking to better control their blood sugar without the common side effects of nausea, vomiting and, in select cases, undesired weight loss. His research article, “Corrination of a GLP-1 Receptor Agonist for Glycemic Control without Emesis,” has been published in the prestigious journal Cell Reports.

A common group of drugs used to treat type 2 diabetes are glucagon-like peptide-1 receptor (GLP-1R) agonists. While they do lower blood sugar levels in diabetic patients, their side effects include nausea, vomiting and weight loss.

Through a grant from the National Institutes of Health (NIH), Doyle and his team found a way to combine two molecules into a new substance that so far seems to lower blood sugar without those undesired side effects.

In technical terms, the team developed a new area of bioconjugation—a chemical technique used to couple two molecules. By binding together exendin-4 (Ex4), an FDA-approved GLP-1R agonist, to dicyanocobinamide (Cbi), which is a small piece of the complex vitamin B12 molecule, they produced Cbi-Ex4 in a technique they call “corrination.”

Data collected from testing Cbi-Ex4 in the musk shrew (Suncus murinus), the mammal used in this study due to its ability to vomit (rodents and many mammals lack that ability), revealed beneficial effects as evidenced by improved blood sugar levels during glucose tolerance tests and a profound reduction in vomiting compared to Ex4. Importantly, no weight loss was noted, again in stark contrast to the currently approved GLP-1R agonist, making this new drug ideal for patients who require glucoregulation without affecting their body mass index (BMI) levels. This drug could therefore benefit diabetes patients who also live with cystic fibrosis, COPD, sarcopenia, cancer or HIV, where weight-loss is counter-indicated.

The next step in the development of this groundbreaking drug is to move it through the pre-clinical phase into phase I human studies. Doyle and his team have submitted a new grant proposal to the NIH to fund this effort.