Calculating Earth’s carbon budget is vitally important in the effort to track global warming and climate change. The carbon budget is the cumulative amount of carbon dioxide (CO2) emissions permitted over a period of time to keep the Earth’s atmosphere within a certain temperature threshold. CO2 is a greenhouse gas, meaning it absorbs and radiates heat. In order to gain a precise figure on Earth’s carbon budget, it is necessary to understand the contribution of each source of atmospheric carbon dioxide. 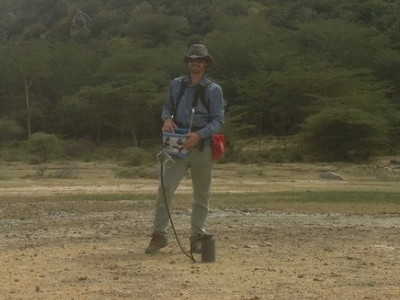 While the amount of CO2 released from sources like volcanoes, the burning of fossil fuels and oxidation of carbon-rich rocks at Earth’s surface is generally well understood, little is known about the amount of carbon dioxide released at continental rifts. At rift locations, the lithosphere, or rigid outer part of the earth, is being pulled apart, which can lead to the formation of new ocean basins like the Red Sea. During the process, varying amounts of CO2 are emitted, either from deep within Earth’s mantle or from shallower crust.

James Muirhead, a former research fellow in Department of Earth and Environmental Sciences in the College of Arts and Sciences, led an international team of interdisciplinary researchers to examine spatial patterns in the release of CO2 during continental break-up. Muirhead, who is now a lecturer at the University of Auckland, conducted the study during his time at Syracuse University.

Emily Judd, who received a Ph.D. in Earth and Environmental Sciences in May 2020, was also a co-author on the article, “Displaced cratonic mantle concentrates deep carbon during continental rifting,” which has been published in the prestigious journal “Nature.” 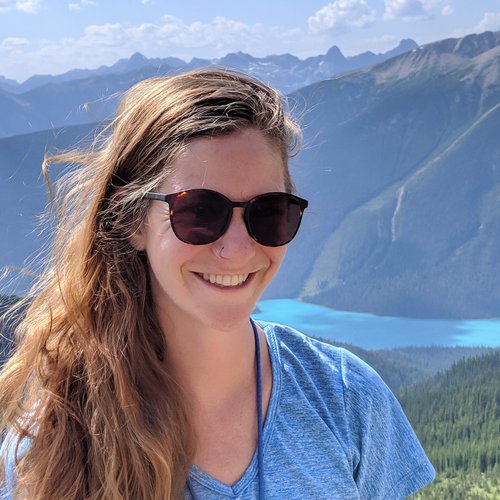 Emily Judd, a doctoral graduate from the Department of Earth and Environmental Sciences, photographed at the Canadian Rockies during a Syracuse University field trip.

The team studied the amount carbon dioxide released at continental rifts. The team focused their research on the East African Rift System (EARS), which extends from Ethiopia southward through eastern Africa. The system is about 4,000 miles long and averages 30 to 40 miles wide.

To get a sense of the amount of CO2 emitted at EARS, carbon dioxide measurements were made by capturing gas coming out of the ground in an accumulation chamber, coupled to a gas analyzer. The team found that the amount of CO2 released varied depending on the underlying material. According to Judd, when rifting occurs in areas containing old and thick continental rock, little CO2 is released. As the rift moves into areas with proportionately younger rock, the CO2 levels increase rapidly.

The group theorizes that the transition from old, thick crust to younger material creates leakage pathways where deeply buried carbon seeps to the Earth’s surface. By applying the results of CO2 levels released at EARS to other continental rifts around the world, scientists may be able to develop a more accurate estimate of Earth’s carbon budget and a better understanding of global temperature change.