Women in Science and Engineering (WiSE) announces that Julia Riley ’20, a double major in biochemistry and neuroscience in the College of Arts and Sciences, recently received the first place award of the 2020 Norma Slepecky Undergraduate Research Prize. The annual prize is awarded to undergraduate researchers in their junior or senior year who demonstrate excellence in research. 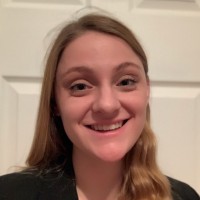 Since her first year at Syracuse University, Riley has conducted research with Carlos Castañeda, assistant professor in the Departments of Biology and Chemistry. Riley’s research focuses on understanding two types of biomolecular condensates in an effort to develop therapies to combat ALS, a terminal disease also known as Lou Gehrig’s Disease. She has received funding for her research and has previously presented her work at various conferences, including at the American Society for Cell Biology and the Atlantic Coast Conference Meeting of the Minds.

Riley previously held internships in the Waites lab at Columbia University Medical Center and is the first author on an invited perspective piece in Molecular Cell titled “Cancer Mutations in SPOP Put a Stop to Its Inter-compartmental Hops.”

“This undergraduate research rivals that of many M.S. students, and could even be considered the first chapter of a Ph.D. I am truly impressed with Julia’s productivity,” says one Slepecky Prize committee reviewer.

Riley, who will be pursuing a Ph.D. in neuroscience with the University of Pennsylvania’s Neuroscience Graduate Group in the fall, says guidance from her advisor and mentors played a transformative role in her growth and success of her research. “Having a good relationship with my research advisor and working toward an inside-and-out understanding of my project were the aspects of my experience that ended up having the most positive impact on both me and my research,” she says. 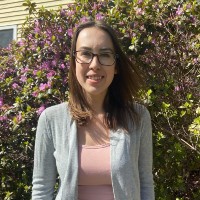 A second student has also been recognized for her undergraduate research. Heather Sosnoski ’20, a biochemistry and neuroscience major in the College of Arts and Sciences, received the second place Slepecky Prize. Sosnoski’s research explores cysteine transporter compensation in mice to understand differences in how males and females differ in their ability to cope with the loss of a protein in the brain. She has worked in the lab of Professor Sandra Hewett, Beverly Petterson Bishop Professor of Neuroscience and professor of biology, as an undergraduate student researcher since 2018 and has been the recipient of research funds from the Syracuse Office of Undergraduate Research and Creative Engagement (SOURCE) and WiSE.

“She seems the type of student already prepared to swing into full operation as a graduate researcher, giving her a head start towards an excellent career,” says a Slepecky Prize committee reviewer.

Sosnoski has presented her research findings at the Brain in Flux conference and is scheduled to present at the 2020 American Society for Neurochemistry meeting.  She plans to pursue a Ph.D. at the University of Pennsylvania in the fall.

The prize is given in honor of  Norma Slepecky, who was a passionate professor, researcher and an advocate for undergraduate student research at Syracuse University. She also actively supported efforts to increase the number of women in science and engineering. Similar to Slepecky, WiSE programs support the persistence and excellence of women in science, technology, engineering and mathematics (STEM). The Slepecky Prize is meant to honor young scientists in STEM that have shown persistence toward degree completion, resilience, advancement and research excellence.

About Women in Science and Engineering

WiSE, part of the Office of Academic Affairs, was founded in 1999 with three key goals: increase representation and retention, highlight women scholars through a lecture series and develop advising/mentoring programs. As an interdisciplinary organization with a strong grassroots constituency in women faculty in STEM, the program has grown considerably over the years. Its distinguishing feature is that it is faculty led and driven. WiSE’s mission remains to support the persistence and excellence of women in STEM by capitalizing on their unique strengths, maximizing opportunities to connect, and addressing challenges experienced by women undergraduates, graduates, postdoctoral fellows and faculty in STEM.