As hospitals and the health care system work to handle the influx of COVID-19 cases, many people who are diagnosed with the virus are advised to quarantine at home and monitor their own symptoms. Health care professionals check in with patients at home to determine if their condition is improving or getting worse. For some patients, this leads to anxiety and uncertainty if they should be taken to a hospital or continue isolating at home. 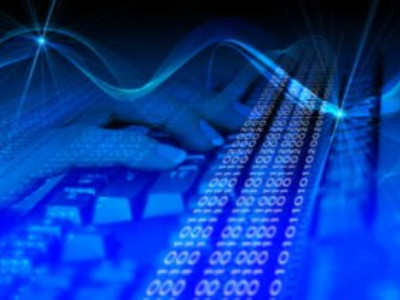 Six students from the College of Engineering and Computer Science (ECS) saw this as a problem they could help solve. Their project started when Emily Fuchs ’20, Victoria Bialczak ’20, Owen Clyne ’21, Aleksander Dzodic ’21, Seth Reed ’21 and Kathryn Lindgren ’21 joined a student design challenge put out by Johns Hopkins University. The goal was to find innovative solutions to the COVID-19 pandemic.

“We have been friends since freshman year and decided to get this team together,” says Fuchs.

Their first step was to interview critical care workers and doctors working on the front lines.

“Going from a patient testing positive—where does it go from there?” asks Reed. “We really dove into learning which symptoms lead to hospitalization.”

They saw a need for better data on what quarantined patients are reporting and what those reported symptoms could indicate. Lindgren called a contact she had at Upstate Medical University who was supportive of the idea. Then she started cold calling other doctors and health care professionals.

“I woke up to 30 new emails from people who were interested,” says Lindgren.

“We kept getting more insight for what was crucial to be asked,” says Bialczak.

“As we were doing cold calls, it became clear there was no normalized data collection on these patients and that was confirmation this was needed,” says Clyne. “There could be a better way for them to do this.”

“We wanted to find a way to rapidly determine if a patient who tested positive should be taken to a hospital,” says Fuchs. “We thought we could actually produce something if we went with a symptom tracker application for smartphones.”

While all of the teammates had experience with research, statistical analysis and data organization, they did not have much experience with public health or patient interaction.

“The Johns Hopkins design challenge was really good jump start but we knew we could do more,” says Lindgren.

Fuchs and Bialczak are bioengineering students; Lindgren is a mechanical engineer; Reed is a chemical engineer; and Dzodic and Clyne are aerospace engineers, but they knew they needed additional help.

“The key to the app was—how do we choose these patient questions and balance them?” says Dzodic.

“It took off really fast, faster than we were expecting,” says Reed.

Lane and Rubinstein have been supporting interdisciplinary student research in the Syracuse community for 15 years through Lane’s Community Action Research and Education (CARE) program. Lane is also a research professor at Upstate Medical University and saw the potential of where a symptom tracking app could go.

“This project opens so many possibilities,” says Lane.

Knowing what doctors and nurses wanted to know about patients was just one part of building questions for the symptom tracking app. The team reached out to two friends of Lindgren who had been diagnosed with COVID-19 and were taking calls from health care workers while quarantined at home.

The conversations with actual patients guided the project’s direction as it moved forward.

“It helped a lot with unique symptoms, things we didn’t think about,” says Lindgren. “They also said they would prefer to use a web app than take a phone call.”

Lane and Rubinstein were also helpful in finding how to formulate questions to patients so the app being developed could be more effective.

“They told us what needed to be re-worded so the average person would understand,” says Clyne.

Electrical engineering and computer science Professor Asif Salekin was also asked to join the project and help advance the tech behind the concept.

“It is possible to detect symptoms of COVID-19 from a smartphone’s recorded sounds. Since we are collecting the audio recordings, we may be able to use some machine learning approaches to identify these symptoms,” says Salekin.

To make their app truly functional, the students know they need de-identified patient data to analyze symptoms and hospitalization rates.

“We have been looking at options for providing de-identified patient data we could work with,” says Dzodic.

“The goal is to run enough statistical analysis on the data to develop the algorithm,” says Clyne.

The team and their advisors meet regularly from their homes. Lane and Rubinstein have never actually met the students in person.

“Lot of video chats and Google docs. We split up and work on different aspects of the program,” says Bialczak.

“It is definitely challenging. While working on the code, we’re sharing our screens. It works just well enough to frustrate you,” says Clyne.

Even with the technical challenges, all the students say they are committed to working on the app into the summer and next semester. They know this app could help people make the decision to go to the hospital and potentially save their life.

“It feels like the first time in my life when I could make a significant difference in my community and save lives,” says Clyne. “The idea of being able to help people is very inspiring—it is a priority for me.”

“The app the students are developing could be extended to help patients with asthma and many other clinical applications,” says Lane. “What the students and Dr. Salekin are teaching me is magic.”