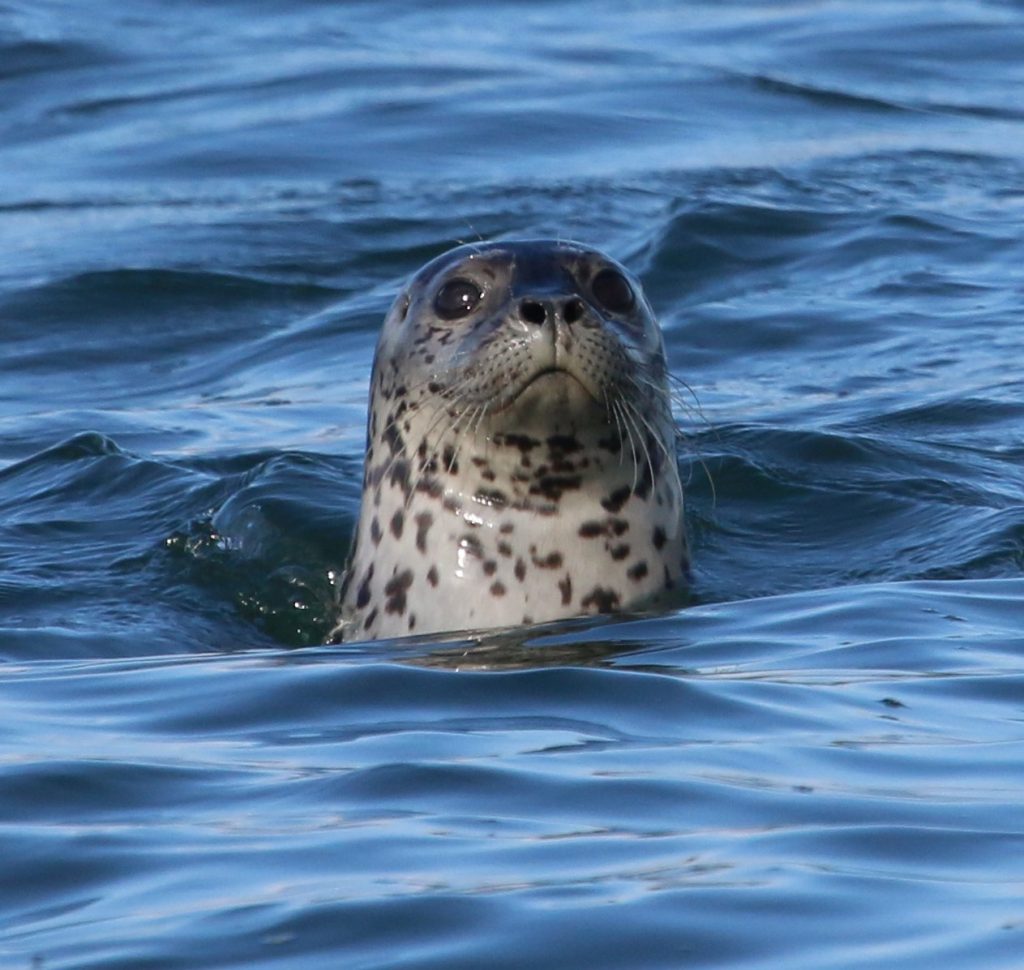 Recent field research determined that harbor seals do not increase their volume in the midst of underwater noise when communicating. (Photo courtesy of Leanna Matthews)

Communicating can be difficult at a concert. You may find yourself having to yell just so your friend sitting beside you can hear you over the background noise. The same goes for the underwater environment. Not only are other marine species communicating via sound, but human activities, like shipping, are also contributing to the cacophonous underwater soundscape.

Leanna Matthews ’17, a doctoral graduate from Susan Parks’ lab in the Biology Department, led the field study in collaboration with Cornell University and Glacier Bay National Park and Preserve in Alaska, looking at whether or not harbor seals change their vocal behavior depending on surrounding noise in their underwater environment. Their results were recently published in the journal Biology Letters.

Matthews studied a vocalization called the roar, which is produced by male harbor seals almost all day, every day, during their breeding season in June and July. Just as humans may speak up to be heard above noise, it has been shown that marine animals also adjust their vocalizations to communicate in the midst of other sounds. Matthews explains that past research has shown that getting louder, calling at a lower pitch, or changing the duration of a vocalization can help a call get to its intended recipient. 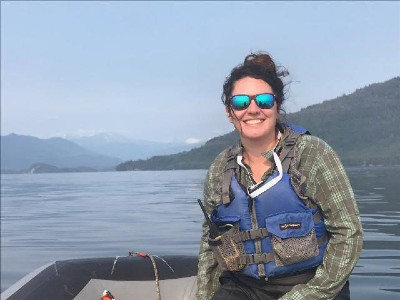 “We wanted to see if harbor seals use the same strategies as other animals,” says Matthews. “Do they call louder when it’s noisy? Do they call at a lower pitch?”

Surprisingly, Matthews and her colleagues concluded that harbor seals in Glacier Bay didn’t change their vocalizations at all when it was noisy. They didn’t get louder or change the pitch or duration of their calls.

Although this was not their expected result, Matthews speculates that the lack of vocalization change may be caused by physical limitations.

“It’s possible that this is because the vocalization is related to breeding; harbor seal males might already be calling as loud as possible, so they’re not able to call any louder,” says Matthews. At this point, researchers are not sure if or how this lack of vocal adjustment will affect the reproductive success of male harbor seals, but this study will help guide future research to answer these new questions.

Since graduating from A&S, Matthews has been teaching biology at two institutions in Colorado: Metropolitan State University of Denver and Front Range Community College. She is also a research associate for the Sound Science Research Collective, a non-profit based out of Juneau, Alaska, where her primary focus is the behavior of humpback whales in Southeast Alaska. Matthews and other scientists started the nonprofit, which is committed to ecological research and an equitable platform for scientific opportunities through outreach and engagement.

She also recently worked with the Department of Fisheries and Oceans Canada to review the vocal behavior and hearing abilities of the North Atlantic right whale to guide the formation of new metrics that might be helpful for measuring impacts of human activities on these critically endangered whales.