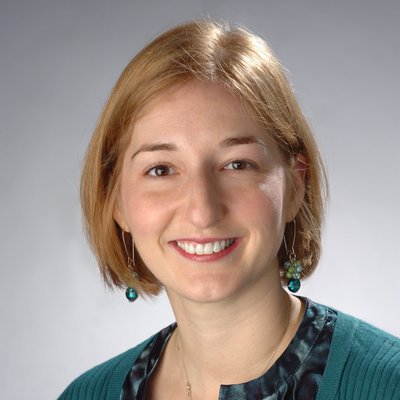 Alan Middleton, associate dean of research and scholarship and professor of physics in the College of Arts and Sciences, says, “Professor Manning’s contributions to her research field and to developing the next generation of researchers are incredibly significant. Her leadership in the academy, as BioInspired Director, instructor, researcher and mentor, sets an outstanding example that is deservedly recognized by this professorship.”

Manning was selected for the honor by a panel of distinguished Syracuse University professors based upon her contributions to teaching and research at the college. She is currently the only faculty member at the University to hold the named professorship and one of around 150 Kenan professors in the country.

In accepting the professorship, Manning said: “It is a huge honor to be named a Kenan professor, as it is great to be formally recognized by Syracuse University for the research, teaching and service work I’ve done here. I’ve been lucky to receive a lot of great formal and informal mentoring, including from Cristina Marchetti who held this professorship before me. Without it, I never would have achieved what I’ve been able to achieve.”

Manning’s named professorship is her latest in a series of notable accomplishments, which includes a continuation award from the Simons Foundation for her collaboration on “Cracking the Glass Problem.” The three-year, $327,000 grant will further Manning’s research on disordered solids. As Manning explains, these are materials like the glass cover on a cell phone or snowbank on a mountain. Such materials have a microscopic structure that looks very similar to a fluid, and yet they behave mechanically like a solid, pushing back when a force is applied to them. Many of these materials fail surprisingly and catastrophically (such as through cracks or avalanches) in a way that cannot be predicted. Her team is working to identify microscopic weak spots in certain glasses that allow them to break. By understanding how the weak spots lead to large-scale catastrophic failure, the team hopes to rationally design materials with desired failure mechanisms, so that safety or performance is not compromised.

“The Simons award is absolutely critical to research in my group on disordered solids. Without this funding we wouldn’t be able to continue our fundamental work on understanding how disordered solids fail catastrophically,” says Manning. “Amazingly, we still don’t have a good understanding of abrupt failure events, which is what this work addresses.”

As director of BioInspired Syracuse, Manning has assembled interdisciplinary faculty scholars to support research into complex biological systems and develop and design smart materials to address global challenges in health, medicine and materials innovation. Together, the group accounts for $46 million in sponsored research over the past five years and more than 80 patents. The scientists’ work includes efforts to develop new approaches to wound healing and understanding cancer.

Manning earned a Ph.D. in physics at University of California, Santa Barbara, and last year received that University’s Emerging Leader award for early-career achievements in physics research and her commitment to advancing science, technology, engineering and math (STEM) to diverse audiences. She was also named a 2019 American Physical Society (APS) Fellow for microscopic theory of flow and rigidity in disordered and biological materials. She is one of only 23 Syracuse APS Fellows since 1949, which recognizes faculty who have made advances in physics through original research and publication.