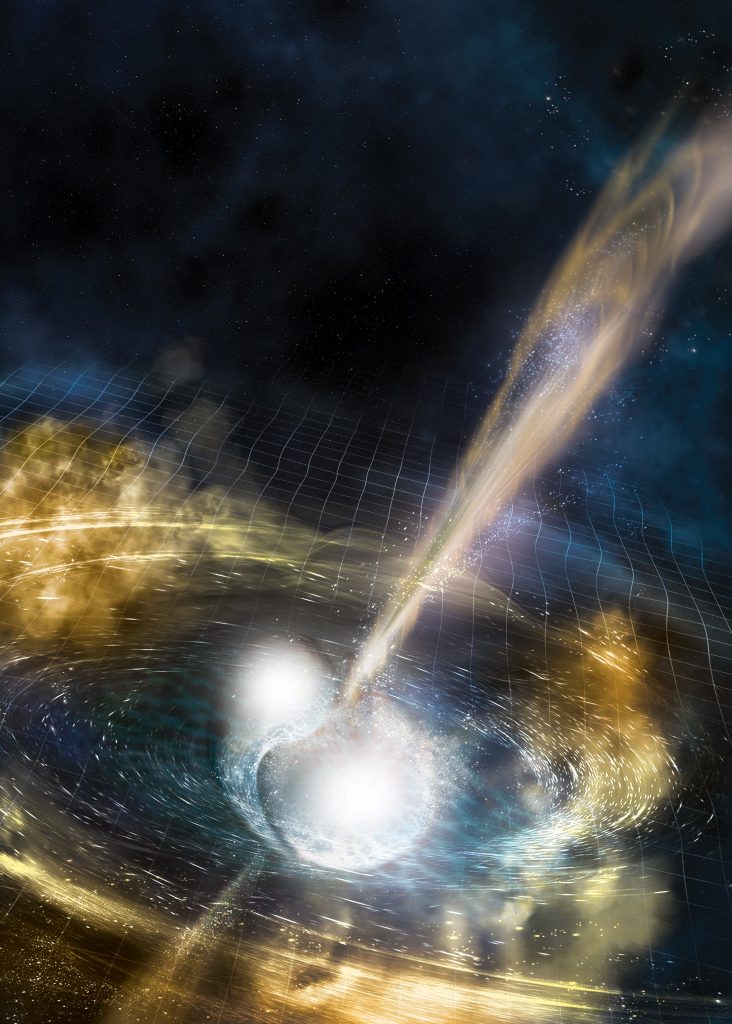 The Advanced LIGO uses mirrors to help detect gravitational waves caused by the merging of black holes and neutron stars, but the faint signal can be masked by temperature fluctuations on the mirrors’ surface. Finding better reflective coatings for the mirrors could prevent these fluctuations, improving LIGO’s ability to measure gravitational waves.

This is where physics faculty in the College of Arts and Sciences (A&S) come in. Thanks to a grant from the NSF, the physics department will play a key role in developing better gravitational wave detectors. The award specifically funds the purchase and construction of a “cryogenic elastic loss measurement apparatus,” which will test how mirrors with different coatings react to a wide range of temperatures. Leading the project are A&S physics Professor Stefan Ballmer, along with Steve Penn, co-principal investigator and associate professor at Hobart and William Smith Colleges.

Ballmer and his students will test coated glass sample disks from room temperature to 10 degrees above absolute zero using a device called a cryostat. The cryostat was purchased from the Syracuse-based company Cryomech, whose founder, William E. Gifford, was a professor of mechanical and aerospace engineering at Syracuse University from 1961 to 1978. The results will help show which glass coatings can improve LIGO’s wave detection. This research is part of LIGO’s Centers for Coatings Research (CCR), a collaboration funded specifically to find better coatings for gravitational-wave interferometers.

Ballmer says, “This apparatus will allow Syracuse University to play a much bigger role in finding and validating the coatings needed to upgrade Advanced LIGO and other future gravitational-wave detectors.”

Detecting and analyzing the information carried by gravitational waves has allowed researchers to observe the universe in a way never before possible, providing astronomers and other scientists with their first glimpses of previously unseen phenomena like colliding black holes, merging neutron stars and exploding stars. Through research being done by faculty and students in the Department of Physics, that view into the unseen will become even clearer.