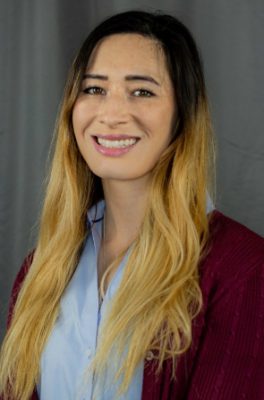 Ask any student veteran at Syracuse University about why they joined the military, and you’ll get a different answer each time. Military service is a personal choice, and most of the time it extends beyond a simple “I didn’t know what else I wanted to do.” For U.S. Army veteran Amanda Sullivan, it was a way to get out of a rut and achieve her goals in life.

“I grew up in the Chicago suburb of Aurora, Illinois, and was homeschooled,” says Sullivan, a junior accounting major in the Whitman School. “My mother was a refugee from the Vietnam War, and my dad worked at Fermilab as an engineering physicist. So, education was pretty important to me growing up.”

Sullivan played soccer and softball in her youth, but it was time spent with her grandfather who served for two years in the U.S. Army during the Korean War that steered her course.

“I had gotten to a point where I was uncertain about which direction I should go,” Sullivan says. “I remembered some of the stories my grandfather had told me about his time in the Army and things just clicked. I spoke to an Army recruiter and knew exactly what I wanted to do. I wanted to finish my education and travel to have my own stories in the future.”

Amanda enlisted in October 2014. After basic training, she became a supply specialist stationed at Fort Knox, Kentucky, with the 541st Sapper Company. Throughout her four years in the Army, she would see rotations to the Fort Irwin National Training Center in California, the Joint Readiness Training Center at Fort Polk, Louisiana, and her second duty assignment to Fort Lee, Virginia, where she was assigned to Mortuary Affairs.

“I learned a lot throughout my service. It taught me how to be reserved and remain calm,” Sullivan says. “But primarily, I was able to improve my education, which was my main goal all along and why I chose to get out after four years.”

Sullivan was discharged from the Army in March 2018 and instantly began looking for the next step—obtaining her degree using her Post-9/11 G.I. Bill.

“I had been accepted to Embry-Riddle Aeronautical University, but the Service 2 School program played a big part in landing me here at Syracuse,” she says. “Syracuse University also had rolling early admission and had a great entrepreneurship program. I knew Syracuse participated in the Yellow Ribbon program, so I decided it would be better to come here.”

Sullivan chose to study accounting because she ultimately wants to become a certified public accountant, where she feels her analytical talents will be best put to use.

“This has been a rewarding experience so far. I’ve enjoyed my involvement with the veteran community here at Syracuse,” she says. “I enjoy the work I do with the Office of Veteran and Military Affairs, especially being able to help coordinate the immersion trips. It means a lot to me that the University puts so much time and energy into ensuring that the student veterans walk away successful and ready to head back out into the world.” 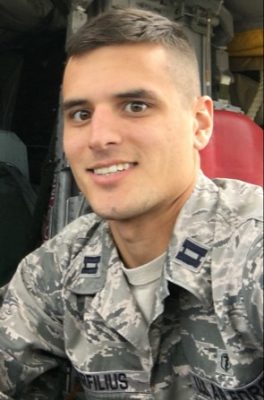 U.S. Air Force veteran Ken Marfilius ’11, visiting teaching professor in the Falk College’s School of Social Work, has always been clear on his mission to serve military and veteran populations.

“I grew up outside of Philadelphia with many friends, family and local community members who had served in the military. As a result of my childhood experiences, I had great respect for those who have served our nation honorably and was always interested in serving the veteran population in some capacity,” Marfilius says.

He graduated from Syracuse University with his undergraduate degree in psychology. He went on to earn a master of social work degree and a doctorate in clinical social work at the University of Pennsylvania. While at Penn, he learned of a unique opportunity in which he could serve military service members and their families while in uniform.

“I researched all branches of the military and eventually applied to the United States Air Force Health Professions Scholarship Program (HPSP). After an intense and competitive process, I was selected to receive the graduate scholarship available to qualified health care applicants—receiving a direct commission in the Air Force while completing my graduate studies at the University of Pennsylvania,” says Marfilius.

His first year, Marfilius worked at a men’s shelter in Philadelphia. His advanced year internship was spent at an in-patient psychiatric unit at the Philadelphia VA Medical Center. In both settings, Marfilius concentrated on providing care for veteran populations.

Upon graduation, he attended commissioned officer training and started his active duty service.

“I completed commissioned officer training at Maxwell Air Force Base in Montgomery, Alabama, and went on to my follow-on assignment at Barksdale Air Force Base in Shreveport, Louisiana. There I worked on the installation at a mental health clinic as a therapist for active duty service members,” he says. “The majority of my clients experienced adjustment-related issues, anxiety, depression, transitions.”

While active duty, Marfilius served in the U.S. Air Force Biomedical Science Corps in multiple roles: mental health therapist, family advocacy officer in charge and as manager of the alcohol and drug prevention and treatment program. He served in various roles related to sexual assault prevention and response, suicide prevention and post-traumatic stress, and provided daily consultation to medical staff and military commanders about the psychosocial needs of active duty service members and their families.

A year prior to transitioning out of the Air Force, Marfilius applied to Penn again, this time for his doctoral degree. He was accepted and completed a remote program where he worked 10-hour days on the installation before completing his online courses and dissertation at night.

He transitioned out of the Air Force in 2016. Two months later, he was in Syracuse working for the U.S. Department of Veterans Affairs at the Syracuse VA Medical Center in the Healthcare for Homeless Veterans Program. He served as the Housing and Urban Development and Veterans Affairs Supportive Housing program coordinator.

“To come back and work at Syracuse University at the School of Social Work and provide leadership and teaching around the mental health needs of our nation’s veterans is an honor and continues to fulfill my personal commitment to serving our nation’s heroes,” Marfilius says. “I honestly believe there is no place more committed to veterans. Everyone here wants to make sure veterans and their family members get what they need.”

In addition to his curriculum, Marfilius has taken an active role in organizing the military-connected events on campus including the recent military culture competency training and “Theater of War” performance.

“In everything that we do at Syracuse, I am reminded of the core values of the Air Force—service before self, integrity first and excellence in all we do,” he says. “It’s an honor to be here.”