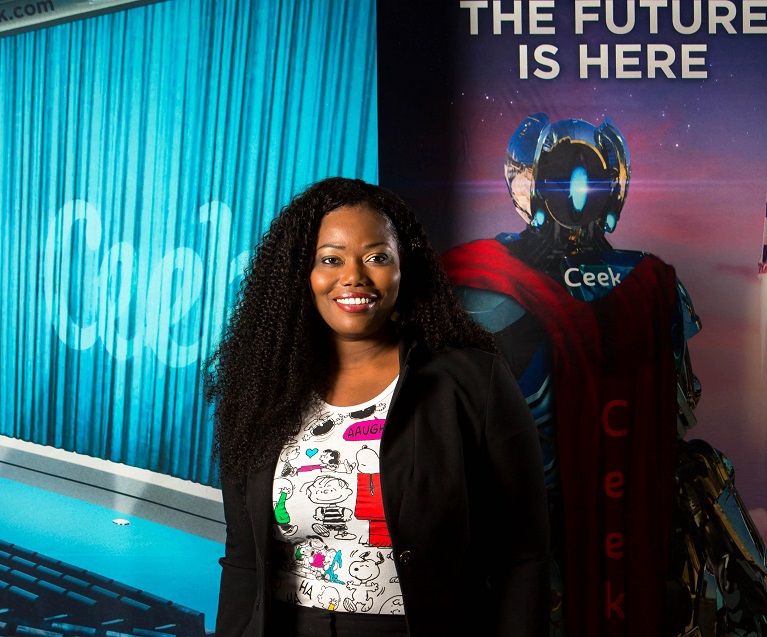 Mary Spio ’98 will deliver the convocation speeches at the College of Engineering and Computer Science’s ceremony and the iSchool’s ceremony on Saturday, May 11, 2019.

Spio is the founder and CEO of CEEK VR, a developer of premium social virtual and augmented reality experiences that simulate communal experiences, such as attending a live concert, being in a classroom or attending a sporting event. She is a graduate of the College of Engineering and Computer Science where she majored in electrical engineering.

Spio was born in Syracuse, moved to Ghana at a young age and returned the United States when she was 16 years old. Prior to attending Syracuse, she enlisted in the Air Force as a wideband/satellite communications technician. After earning a bachelor’s degree, she pursued a master’s degree in electrical engineering and computer science from Georgia Tech.

Her transition from the Air Force to engineering was sparked by a colleague who noticed her technical abilities. “It was when I was in the Air Force that an engineer pulled me aside and told me I was really great at fixing electronics; and that I should look into becoming an engineer. I did, and it was the best thing I’ve ever done,” Spio told the Miami Herald in an interview.

Spio has been recognized with many accolades, such as NBC News 100 History Makers in the Making, Boeing’s Outstanding Achievement in Electrical Engineering Award, IEEE Design and Yueh-Ying Hu Memorial National Awards for Innovation, and the 2017 Arents Award from Syracuse University.