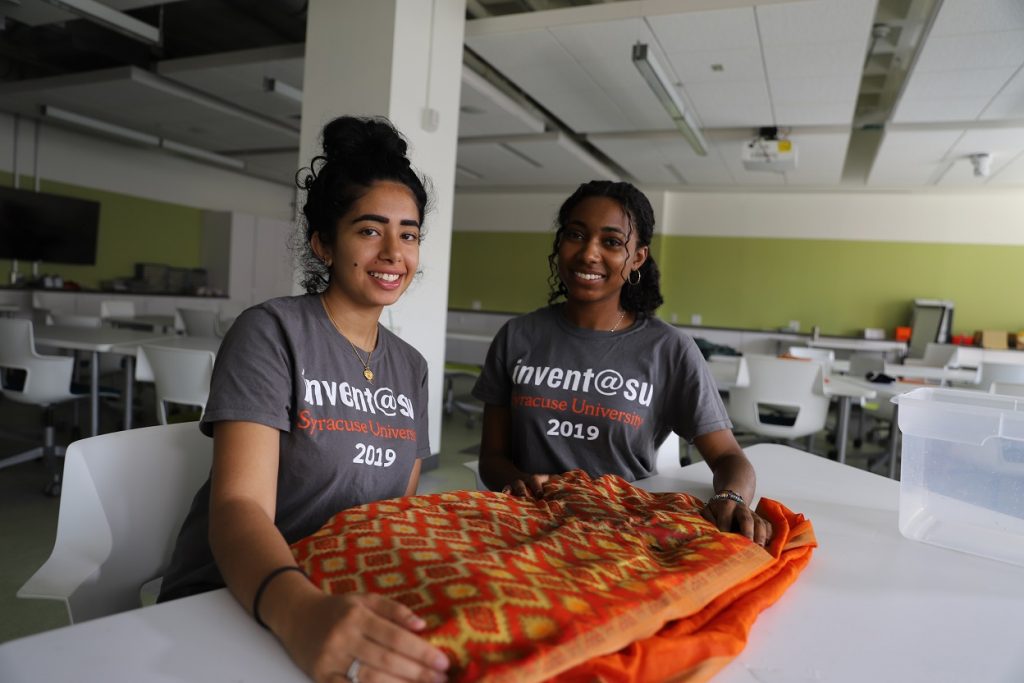 When visiting family in India, Nikita Chatterjee ’20 learned that even as improvements have been made to the country’s water system, large segments of the population still do not have access to safe drinking water.

“It’s an issue that is prevalent literally anywhere you go,” says Chatterjee.

Chatterjee and her roommate Brianna Howard ’20 had an idea that they believed could help. Many families in India use a traditional sari cloth to filter water.  Lab tests have shown four layers of cloth can help filter cholera bacteria but still leave many contaminants behind. Water.org estimates that 21 percent of communicable diseases in India are linked to unsafe water sources.

“We both care about health care a lot, so why don’t we make this something that in one way or another impacts health,” says Howard.

During the six-week Invent@SU program, Chatterjee and Howard designed and built a prototype for an invention combining a traditional sari with advanced water filters built in. Recognizing that first-world solutions do not always work for developing countries, their PAANI device is simple, familiar and practical for families who already use sari cloth for filtering.

“They had this intuitive method that did work for them just not as efficiently as it should. And I think we wanted to enhance that but still keep that familiarity for them,” says Chatterjee.

When the filters in the PAANI device are used up, henna dye produces an “X” symbol on the cloth.

“The X we choose because everyone knows x means stop. There doesn’t have to be a language barrier,” says Chatterjee.

All Syracuse University undergraduates can apply to Invent@SU sessions on the main campus and at the Fisher Center in New York City. Howard, a public health major, and Chatterjee, an economics major, were one of ten teams to participate in the Invent@SU invention accelerator during the Syracuse University campus session. Each week the teams presented their work to guest evaluators during seven-minute presentations, and at the end of the program, a panel of judges voted on the top inventions. PAANI took first place and a $5,000 prize.

“Just to know these powerful people believe in the idea just felt so great,” says Chatterjee.

“This is something that is not only what we are doing right now, but it is bigger than us,” says Howard. 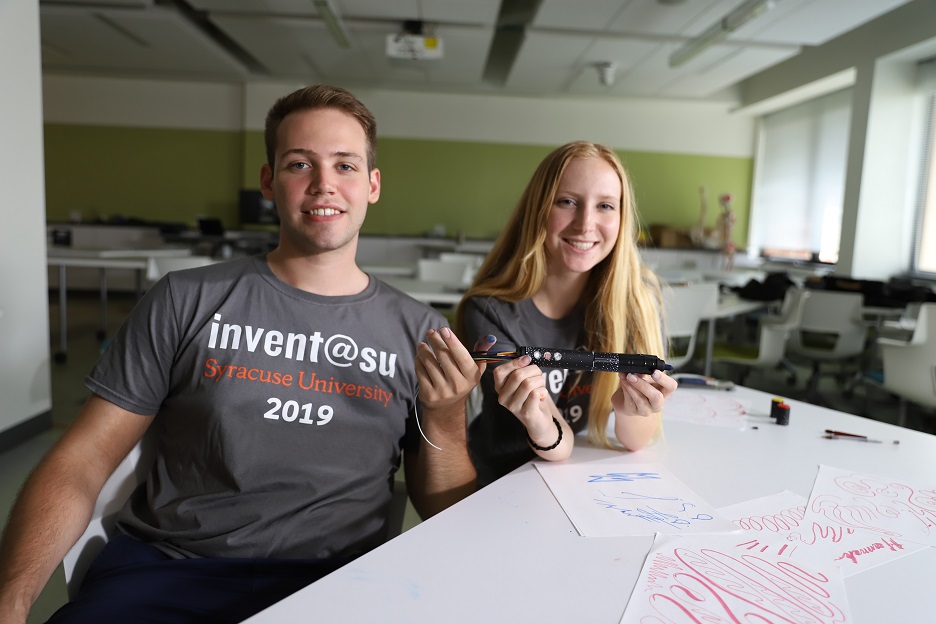 Industrial and interaction design majors Hannah Erickson ’23 and James Ruhlman ’22 took second place with a unique drawing tool that allows the user to make music and art at the same time. They called their invention “Mystic Marker.”

“As you press down on the marker tip, it is spring-loaded, so that interacts with the pressure sensor inside and so the harder you press, the higher pitch the notes get,” says Erickson. “Then when you squeeze on the grip, the notes slow down and if you are not squeezing at all, the notes are really, really fast.”

Erickson and Ruhlman say special education teachers were interested in the markers potential as a creative tool for children with autism.

“Every time we would bring up the idea to someone, their face would light up,” says Erickson.

During Invent@SU, students receive assistance from faculty with the College of Engineering and Computer Science and the School of Design. Several of the teams plan to work with Blackstone Launchpad to move forward as small businesses.

Visit invent.syr.edu for more information on Invent@SU and past student inventions. 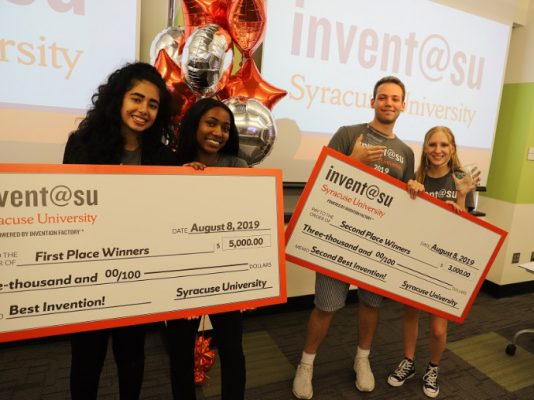