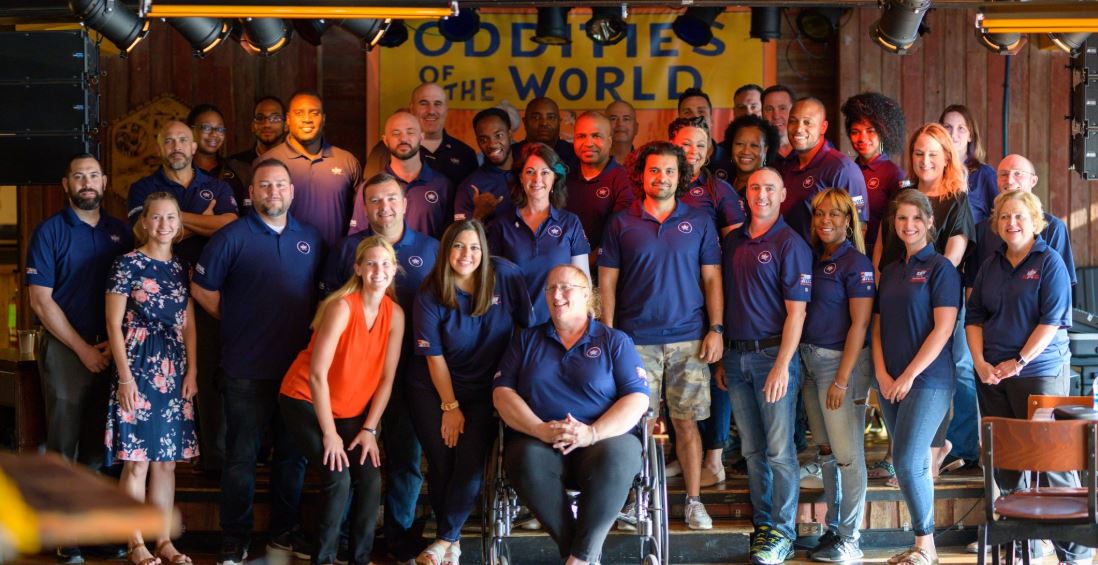 Entrepreneurship Bootcamp for Veterans Class of 2019

Last week, 25 veterans from 17 states advanced their goal of business ownership by attending classes, networking events and presentations to learn the fundamentals of running a business from accomplished entrepreneurs and professors as part of Syracuse University’s Institute for Veterans and Military Families (IVMF) Entrepreneurship Bootcamp for Veterans (EBV), an eight-day, no-cost-to-veterans intensive on starting and building a business.

“Now in its 12th year, EBV has grown to include nine colleges and universities, almost 2,000 graduates and successful business ventures in nearly every industry,” says Syracuse University Vice Chancellor for Strategic Initiatives and Innovation and IVMF Executive Director J. Michael Haynie. “The program has endured as a result of the milestones and accomplishments of our graduates as well as the power entrepreneurship offers to change lives, families and communities.”

While on campus, program participants also took part in local sights and experiences such as:

“The military prepares you to be an entrepreneur, but what’s missing is the translation of those skills,” says Thad Hunkins, EBV Syracuse 2019 participant, U.S. Air Force veteran and CEO of both NCC Systems and TC Loox Consultants LLC. “EBV has been the answer to that critical missing piece.”

The EBV was founded by Haynie in 2006, with the Whitman School. The flagship program of the IVMF’s ARSENAL of entrepreneurship programs, EBV is designed to prepare and empower veterans and their families for success in business ownership. Of the nearly 2,000 aspiring entrepreneurs who have completed EBV, 79 percent have gone on to start their own business, and 92 percent of those are still in business.