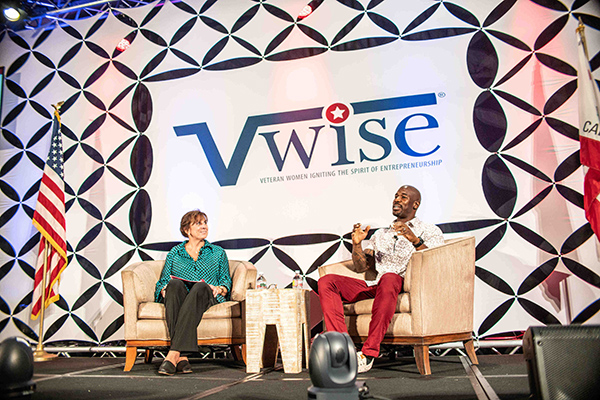 Maureen Casey’s office at the Institute for Veterans and Military Families (IVMF) is more than 150 miles from her childhood home on a dairy farm in Hudson Falls, New York. But the lessons she learned there, tending dairy cows and their calves, have played out in her career choices—including her decision to accept the position of chief operating officer at IVMF.

“When the cows got out of their pens in the middle of the night, you couldn’t just wait until the morning to solve the problem,” Casey says. “You get up, get dressed and join the family to wrangle up the cows. It’s all hands on deck, and you don’t quit until the job gets done.”

From her criminal justice work, to serving first responders, political leaders and now the nation’s veterans and military families, this farmer’s daughter just doesn’t quit. And it has made a difference in countless lives.

Casey says she’s been fortunate to work for leaders who gave her big problems to solve, along with the support, resources and people to get the job done. Leaders like Rudy Giuliani, who was New York City’s mayor when Casey was deputy commissioner of policy and planning for the New York Police Department (NYPD). When Giuliani learned that there were 16,000 rape kits sitting in a freezer in the property clerk’s office—never having been analyzed—he was horrified. Casey was charged with setting up a system to analyze the rape kits, gather the evidence and obtain justice for those rape victims. In other words: to get the job done. The Mayor’s Office provided millions in funding, but Casey’s work—along with the scientists, evidence technicians, investigators and law enforcement officials who rallied to the cause—meant closure for hundreds of crime victims.

“While everyone said it could not be done, my bosses at the time were not taking ‘no’ for an answer,” recalls Casey. She tapped into skills she previously acquired as general counsel for the New York State Division of Criminal Justice Services, where she had helped implement the state’s Sex Offender Registry law and the DNA data bank for convicted offenders. “I learned back then that DNA is a powerful tool—to both convict and exonerate. One of my first cases involved a case where the rape victim had identified her attacker in a lineup. But the DNA wasn’t a match. As emotional as it was for all involved, the system worked.” 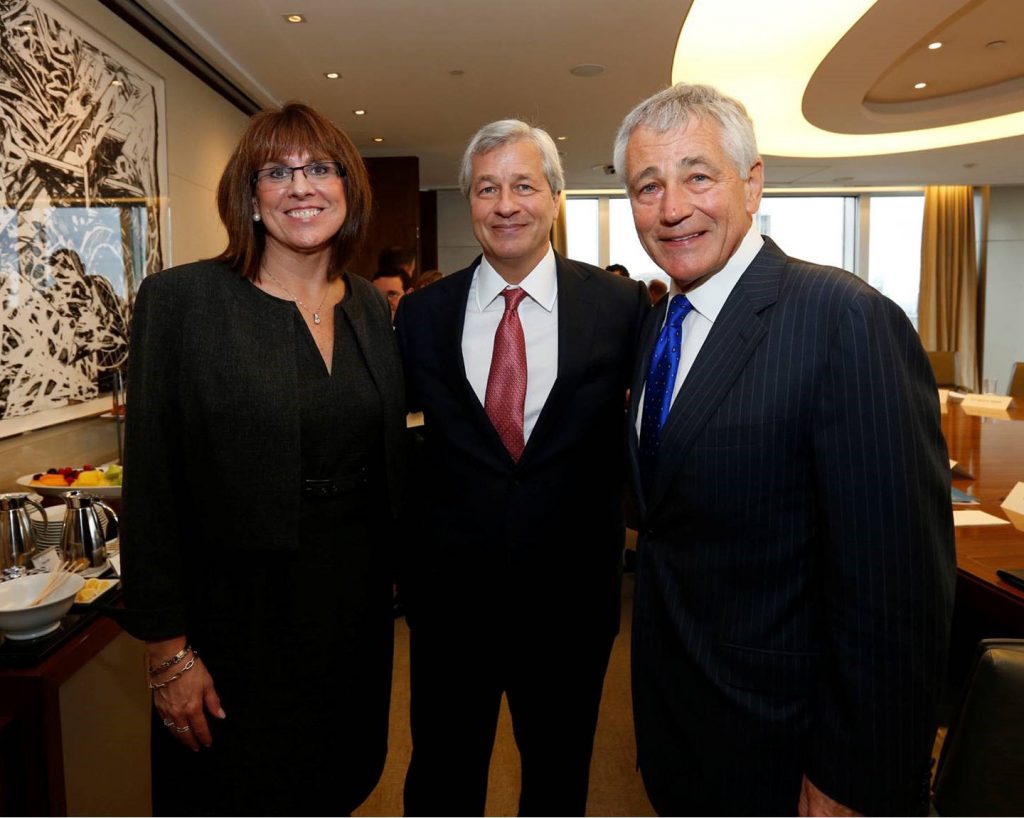 Maureen Casey, then-managing director of the Office of Military and Veterans Affairs at JPMorgan Chase & Co., with JPMC President and CEO Jamie Dimon and former U.S. Secretary of Defense Chuck Hagel at a JPMC meeting in New York City.

Ultimately, the system implemented by Casey and her team helped solve hundreds of crimes in New York state and transformed the way law enforcement agencies nationwide handle evidence backlogs. It also became a vital problem-solving tool in what would be Casey’s next big assignment—identifying the thousands of people who lost their lives on Sept. 11, 2001.

On the morning of 9/11, Casey was in her office at One Police Plaza, headquarters for the NYPD. She heard the first plane crash into the North Tower of the World Trade Center. She saw the second plane fly into the South Tower. She helped mobilize the police response, first as a rescue mission. But within two days, she was given her assignment by the police commissioner to set up a system to identify the remains of the thousands of victims.

“We had to acquire DNA samples from family members,” recalls a pensive Casey. “We put into place a painstaking process to recover any amount of human remains that we could from the site so that as technology evolves, someone could be identified. So far, more than 1,600 victims have been identified (…and still counting). Every so often, I’ll read a story or receive a call that one more person has been identified from the remains stored at the 9/11 memorial. Giving a family member back their loved one…it might seem so little, but it means so much.”

Casey’s work with the first responders, survivors and families most impacted by 9/11 laid the groundwork for her next big career move…in service to the nation’s veterans. “I met so many veterans who enlisted because of what happened on 9/11,” she recalls. “They went to battle to defend all of us against terrorism. But after their service, they would face new battles on the homefront trying to transition to civilian life.” Casey had a new big problem to solve.

Once again, a powerful and visionary leader gave her an assignment. As managing director of JPMorgan Chase & Co. (JPMC), she led the effort to develop, implement and manage a nationwide program to help members of the military, veterans and their families find jobs, education and housing. Chairman and CEO Jamie Dimon assigned Casey to oversee the firm’s Office of Military and Veterans Affairs, which was responsible for, among other things, the 100,000 Jobs Mission (renamed Veterans Job Mission), a commitment by like-minded companies to hire 100,000 veterans by 2020. 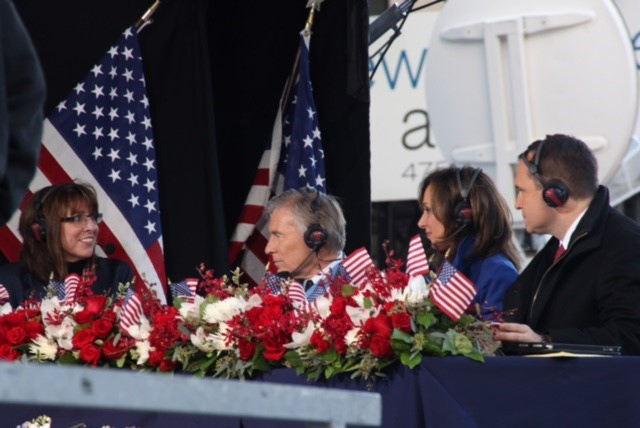 Maureen Casey, then-managing director of the Office of Military and Veterans Affairs at JPMC, being interviewed by Fox 5 at the 2011 New York City Veterans Day Parade.

“That was yet another one of those projects that folks were skeptical about its ability to succeed,” recalls Casey. At the start, 11 companies were involved. She and her colleagues refused to take “no” for an answer and built the coalition to include nearly 200 companies and exceed its employment goals, prior to her departure to the IVMF. Today, the coalition is made up of more than 250 companies that have hired nearly a half million veterans. “When we launched the program, the unemployment rate for veterans was roughly twice the national average—now, the unemployment rate for veterans is less than the national average.”

Casey’s work with JPMC connected her with the IVMF and gave her the opportunity to work for leadership dedicated to serving the nation’s veterans and their families. “Chancellor Syverud made a promise in his inaugural remarks, one that he has often repeated: that Syracuse University will be the best place in the nation for veterans and military-connected families,” she says. “Further, he has empowered us at IVMF to carry out that promise. He has been a guiding force in a collective effort that has created partnerships across the University community, involving colleges and schools and programs, that open new opportunities for veterans.”

Casey cites partnerships with University College, the iSchool, the Falk College, the Whitman School and the Maxwell School as examples. The newest program was announced just last month: With initial support JPMC, the IVMF and the Maxwell School launched the Veterans in Politics (VIP) initiative for veterans and military family members who aspire to public office or another form of political career. In announcing the initiative, it was noted that veteran representation in Congress declined from more than 75 percent in the 1960s to just 19.1 percent today.

The IVMF was built upon the spirit of entrepreneurship when, in 2006, Mike Haynie—a former U.S. Air Force officer and now Syracuse University vice chancellor for strategic initiatives and innovation—identified the need for a program to empower veterans coming back to civilian life with significant injuries and seeking their next career. He created the Entrepreneurship Bootcamp for Veterans with Disabilities, the beginning of many first-of-its-kind programs now operated by the IVMF.

For Casey, the Arsenal portfolio of entrepreneurship programs presents another solution to the challenge of meaningful employment and the ability for veterans and their families to chart their own course through business ownership. 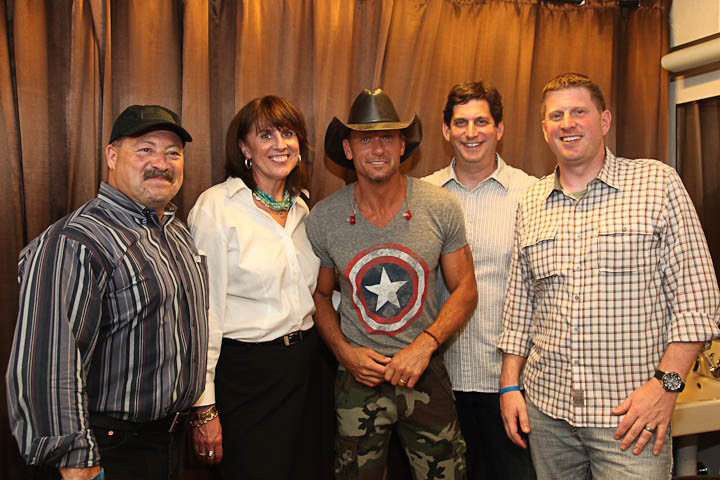 “What I love about working for IVMF is that our programs are not ‘one-and-done,’” says Casey. “We are helping veterans and their families across a continuum—starting during their service with programs like Onward to Opportunity to help them prepare for transition to civilian life after their service is done. And we are there for them when they settle into cities across this country to build new lives.”

Casey cites the continued success of the AmericaServes program, which, like many of the networked systems of services she’s had to build in the past, brings together dozens of organizations in a common mission to ease the transition by improving the way veterans and their families access and navigate care and services. Today, there are AmericaServes networks in 16 communities across the country, with more than 800 participating service providers that have served more than 18,000 clients.

“Building the public-private partnerships required to serve our veterans is challenging,” Casey says. “I feel like every step I’ve taken in my professional career—from public policy work at the state level to serving in a quasi-paramilitary organization like city government and the police department—has prepared me for understanding how to blend the military culture with the needs of the private sector and communities. The team at IVMF is truly one-of-a-kind, all of us united behind a singular mission, able to carry out multiple projects to serve that mission and to serve as a model for the rest of the nation.”

She credits her boss, Haynie, with helping focus the team on a key element of the mission: to ensure that veterans, their families and communities are provided the resources to be “informed consumers” in the transition from military service to civilian life.

“We are not giving veterans and their families a ‘handout,” Casey says. “What we provide is ‘a hand up’ by giving them the knowledge and tools and new rules to live by to make their transition successful.”

Casey says her work at IVMF is also giving her an opportunity to solve big problems facing veterans and the entire nation: “The work we do here is truly unique because it brings together research, analysis, policy making, program development and direct service delivery that transforms lives and communities.

“It is also a unique gift that I have been given,” says Casey. “To bring together all the skills I’ve acquired over my lifetime to better the lives of those who’ve given so much to our country.”

The lessons she learned on that dairy farm—to work hard, don’t accept “no” for an answer and don’t quit until you get the job done—still ring true today in her work with the IVMF in programs that have served more than 125,000 veterans or military-connected family members since its inception (and still counting…).