Cybersecurity Workshops Draw Faculty from Across the Globe 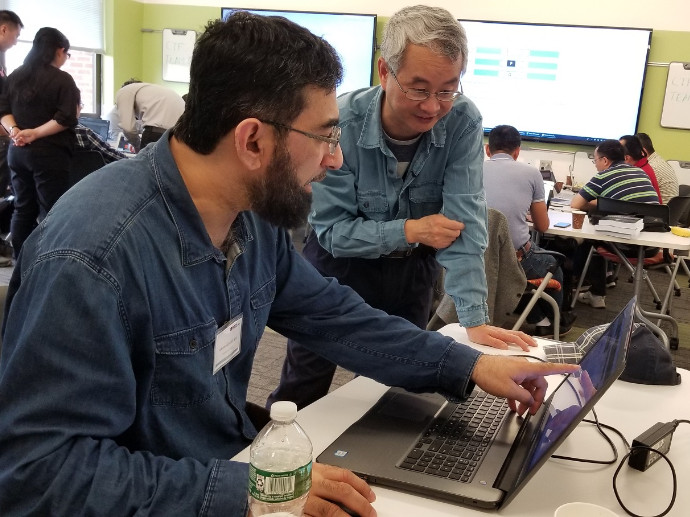 Kevin Du, right, has trained thousands of educators from around the world on the latest cybersecurity techniques using his custom-designed labs

A cyberattack is happening right now. At every moment of every day, increasingly sophisticated hackers are trying to gain access to the networks of businesses and institutions around the world. To combat them, College of Engineering and Computer Science Professor Kevin Du says learning how to protect a network is not enough. To fully understand cyberattacks, you need to think like a hacker and know how to break in.

“As educators, what we are actually trying to teach students is–what are the problem areas? How the attacker can attack. We don’t just teach them on paper, we really say you have got to do it because otherwise, you don’t know how to defend,” says Du.

Since 2002, Du has trained thousands of educators from around the world on the latest cybersecurity techniques using his custom-designed labs.

“Students learn better from doing but to actually do that is very hard so this lab serves that purpose,” Du says.

In his workshops on campus funded by the National Science Foundation, participants can safely attack and defend networks without the risk of doing any harm.

“What I provide is a contained environment. They launch an attack inside their own computer. So inside their computer, they have multiple computers actually,” says Du. “So they are attacking from one computer to another which sometimes we simulate some of the servers for example google.com but they actually on the inside of our computer.”

The goal is to boost the next generation of computer scientists and cybersecurity students–making sure they have are ready to adapt in the rapidly changing online security landscape.

Professor Dan Bennett from Edinboro University came to the Syracuse University campus to participate in Du’s workshop. He says his opportunity to work with a worldwide leader in cybersecurity education will benefit his students at home in Pennsylvania. 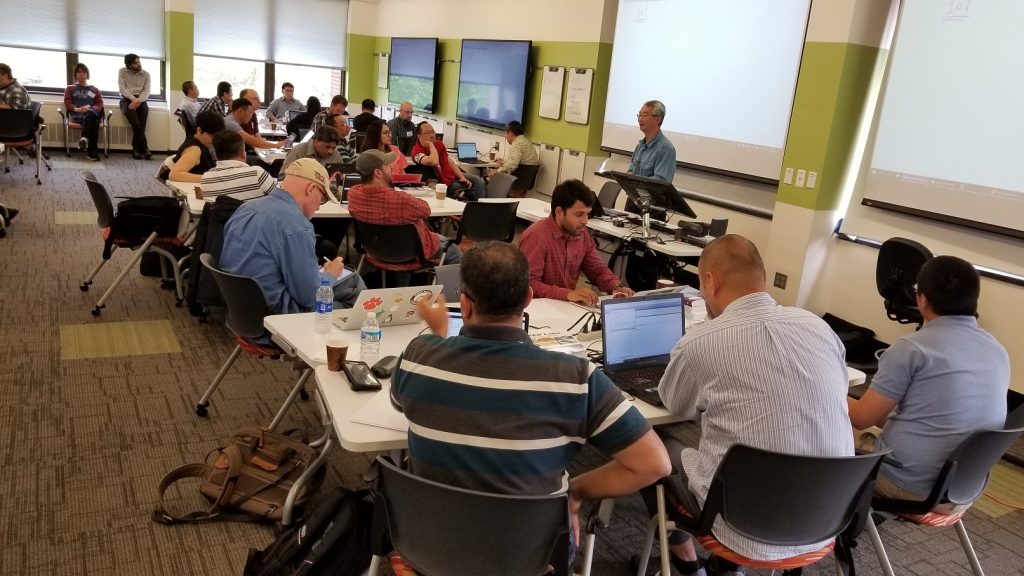 The goal of Kevin Du’s workshops are to boost the next generation of computer scientists and cybersecurity students.

“I hope to take some stuff that I can take and put in the class pretty directly,” says Bennett. “One of the things that is going to be wonderful is that we teach them techniques but then when they see these they will understand much better why we teach them software techniques.”

Educators say the material in Du’s workshop can benefit students across several tech disciplines since all need to be thinking about security.

“In your computer, there are a lot of doors, and many doors are not locked,” says Du.

Du just published the second edition of his computer security textbook that is currently being used by more than 80 schools.

ECS Students Invited to Study Abroad at the Crossroads of Europe

The Syracuse University center in Strasbourg, France, offers an incredible study abroad experience for College of Engineering and Computer Science (ECS) students. Located in western France on the border of Germany, Strasbourg is centrally located with easy access to Switzerland,…

Hundreds of millions of light-years away in a distant galaxy, a star orbiting a supermassive black hole is being violently ripped apart under the black hole’s immense gravitational pull. As the star is shredded, its remnants are transformed into a…

With a climbing death toll of more than 5,000 people and thousands still missing, Turkey and Syria have been devastated by the magnitude 7.8 earthquake that hit the two countries this week. Joshua Russell is an assistant professor of seismology…