The 2018-19 University Lectures series draws to a close on Tuesday, April 16, with distinguished diplomat and foreign policy expert Martin S. Indyk. He will take part in an on-stage conversation with University Professor of Social Science, International Affairs and Law Jim Steinberg at 7:30 p.m. in Hendricks Chapel.

The event—co-sponsored by the Maxwell School, with media sponsor WAER—is free and open to all. American Sign Language (ASL) interpretation and Communication Access Realtime Translation (CART) will be provided. 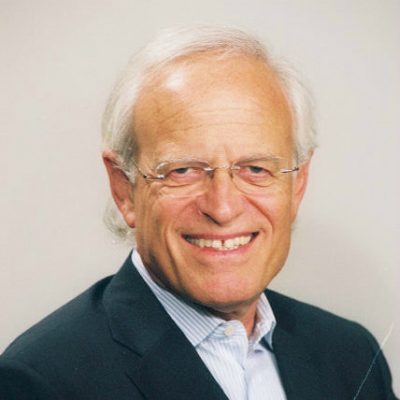 Indyk—an authority on the Middle East, North Africa and U.S. foreign policy—is distinguished fellow and director of executive education at the Council on Foreign Relations. Previously, he was the John C. Whitehead Distinguished Fellow in International Diplomacy in the Foreign Policy program at the Brookings Institution. From February 2015 to March 2018, he served as executive vice president of Brookings.

Indyk was the U.S. special envoy for the Israeli-Palestinian negotiations from July 2013 to June 2014. Prior to his time as special envoy, he was vice president and director of the Foreign Policy program and a senior fellow and the founding director of the Center for Middle East Policy at Brookings.

The U.S. ambassador to Israel from 1995-97 and again from 2000-01, Indyk also served as special assistant to President Bill Clinton and senior director for Near East and South Asian affairs at the National Security Council (1993-95) and assistant secretary of state for Near Eastern affairs in the U.S. Department of State (1997-2000).

Before entering government, Indyk was founding executive director of the Washington Institute for Near East Policy for eight years.

He is author of “Innocent Abroad: An Intimate Account of American Peace Diplomacy in the Middle East“ (Simon and Schuster, 2009) and co-author of “Bending History: Barack Obama’s Foreign Policy” with Michael O’Hanlon and Kenneth Lieberthal (Brookings Institution Press, 2012). He is currently completing a book tentatively titled “Henry Kissinger and the Art of the Middle East Deal” to be published by A.A. Knopf in 2019.

Indyk serves on the boards of the Lowy Institute for International Policy in Australia, the Institute for National Security Studies in Israel and the Aspen Institute’s Middle East Investment Initiative. Indyk also is a member of the advisory boards of the Israel Democracy Institute and America Abroad Media.