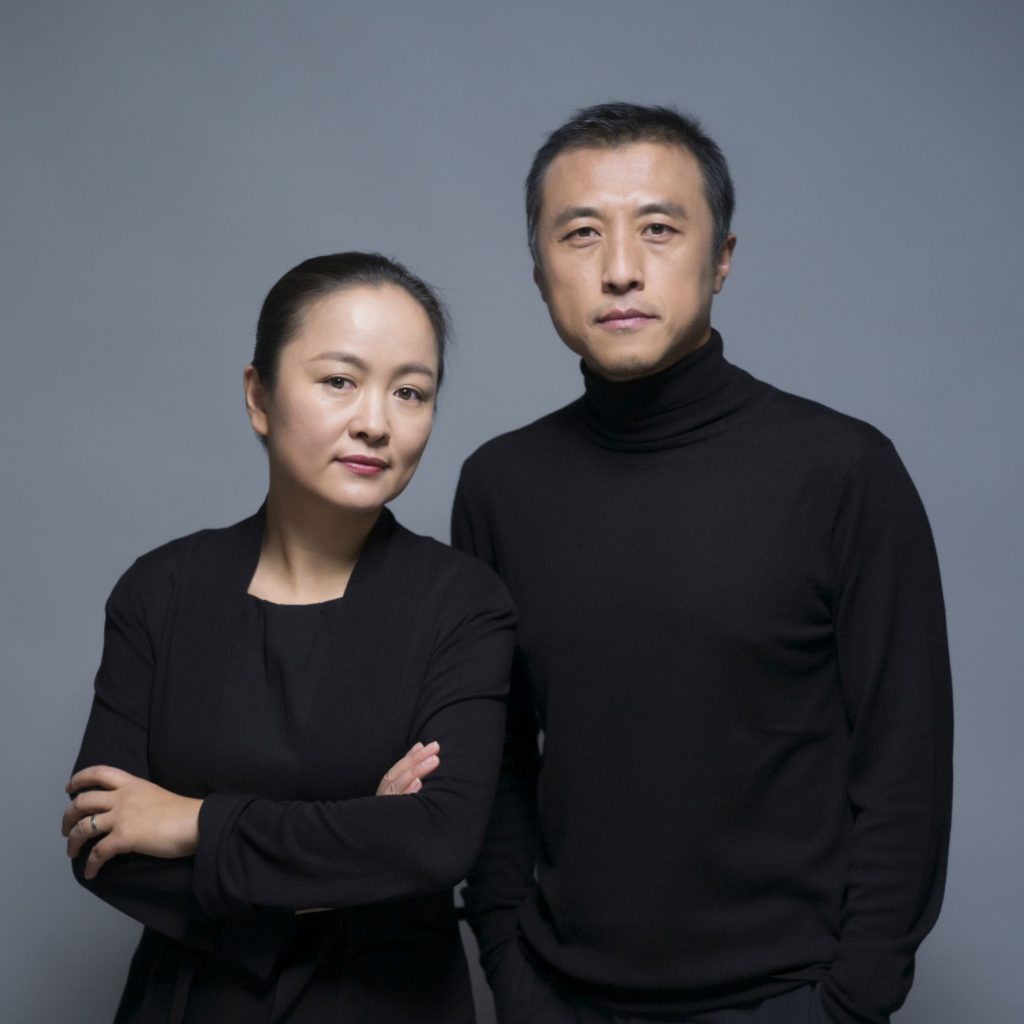 On Friday, Feb. 8, at 6:30 p.m., the School of Architecture will present “OPEN: Questions,” a lecture at the Fisher Center by Li Hu and Huang Wenjing, founding partners of Beijing-based OPEN Architecture. The event is the third installation of the Mark Robbins Lecture—an annual endowed lecture held in New York City—and promises to provide a unique opportunity to hear from two of the world’s most influential and talented architects.

Li and Huang will share with the audience observations drawn from more than a decade of architectural practice in Beijing. Through a series of questions—the starting points for some of OPEN’s latest projects on culture and education—they will present their thoughts on how architecture can offer hope for the future by reacting to the challenges of today.

Recently, Li and Huang completed the new Ullens Center for Contemporary Art Dune Art Museum—a cave-like museum carved into a sand dune along China’s Gold Coast. The new 10,000-square foot facility features galleries, studios and a café tucked inside an all-white, unassuming structure by the sea. According to the architects, the museum’s hidden form was inspired by the way in which children dig into the sand.

OPEN was founded by Li Hu and Huang Wenjing in New York City and established its Beijing office in 2008. The firm’s team of designers collaborates across different disciplines to practice urban design, landscape design, architectural design and interior design, as well as the research and production of design strategies in the context of new challenges.

OPEN has been widely recognized for its innovative work. Recent awards the firm received include the 2018 AIA Education Facility Design Award of Excellence (USA), 2018 Civic Trust Awards (UK), 2017 Iconic Awards Best of Best (Germany), 2016 Interior Design’s Best of Year (USA), 2015 AIANY Design Award (USA), 2015 London Design Museum’s Design of the Year Nomination (UK) and the Winning Prize of the WA Awards for Chinese Architecture, among many others. The firm has also been invited to participate in many important international exhibitions, such as the 2018 CHINA HOUSE VISION, the “Soul of the City” in Verona, Italy, in 2017, the inaugural Chicago Architecture Biennial in 2015, and the Chinese pavilion at the Venice Biennale in 2014.

Seating is limited; individuals interested in attending the event are asked to R.S.V.P. online. For more information, contact Sherry Hayes at 315.443.0271 or slhayes@syr.edu..

The Mark Robbins Lecture Fund was created in 2014 by Richard Gluckman ’71 of Gluckman Tang Architects. Gluckman, a Syracuse Architecture alumnus and former School Advisory Board Chair, established this fund in honor of Mark Robbins G’82 (M.Arch.), dean of the School of Architecture from 2004 to 2012. The fund supports an annual lecture in New York City by nationally and internationally known architects, scholars, curators, theorists and critics who are important contributors to the design disciplines.