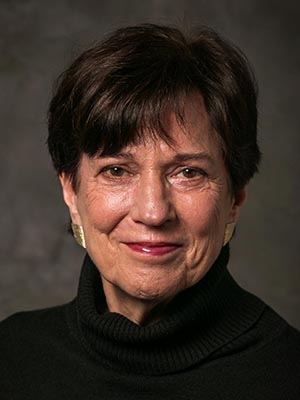 Nina V. Fedoroff ’66 has built a career on defying the odds. From working her way through college as a single mother to being the first to clone and characterize maize transposons (bits of DNA that hop from place to place), the intrepid molecular biologist thrives on risk-taking—preferring the road less traveled to the well-beaten path.

It was in the College of Arts and Sciences (A&S) that Fedoroff became hooked on the work that would define her career. “Syracuse gave me a solid foundation in science and in both writing and thinking clearly,” says the biology and chemistry major who, decades later, received the University’s George Arents Pioneer Medal.

At SU, Fedoroff’s favorite mentors were not just scientists, such as zoology professor Roger Milkman. They also were artists and humanists, including Fernando Molina and William Wasserstrom, professors of philosophy and English, respectively. “They gave me opportunities, above and beyond the classroom, to develop the critical thinking and writing skills so important in scientific research,” she says.

After earning a Ph.D. at Rockefeller University, Fedoroff blazed a trail in molecular biology, first in DNA sequencing and later in plant research, becoming a champion of genetically modified (GM) crops. A decade and a half of her career was spent as a Willaman Professor of the Life Sciences at Penn State, where she founded the Huck Institutes of the Life Sciences. Today, the National Medal of Science winner remains a sought-after science advisor, author and TED speaker.

A&S recently caught up with Fedoroff—a longtime member of the National Academy of Sciences and a former science and technology adviser to the U.S. Secretary of State—to discuss genetically modified organisms (GMOs) and how they can help solve some of the world’s most pressing problems. 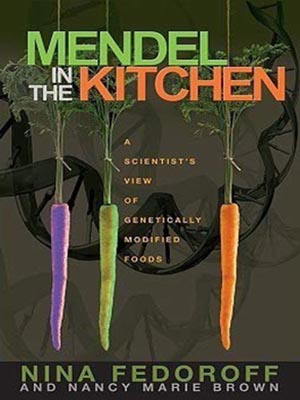 Fedoroff is co-author of the landmark book “Mendel in the Kitchen” (Joseph Henry Press, 2004) and is a regular contributor to The New York Times.

There seem to be popular myths and misconceptions about GMOs. Would you set the record straight about what GMOs are—and are not?
About 40 years ago, new molecular methods for the improvement of crops, animals and microorganisms came into use in agriculture and were considered quite novel. People thought they were so novel that we needed to develop procedures for monitoring them. These concerns gave rise to an elaborate regulatory system, compliance with which costs many millions of dollars.

As a result, it is becoming difficult to defend the definition of a GMO as somehow distinct from organisms modified by older, unregulated methods. As well, no evidence of hazards attributable to the use of molecular methods has emerged after some four decades of research and widespread use of genetically modified crops and microorganisms.

What does the current CRISPR controversy teach us about the GMO debate?
That we must reexamine the regulatory apparatus we’ve built around agriculture out of unfounded fears about GMOs.

Until now, regulators have regulated on the basis of the molecular process by which an agricultural organism was modified. Such organisms could be identified by molecular tests because they had bits of added DNA. The new gene editing methods, of which CRISPR/Cas is the most popular, can make changes that are indistinguishable at the molecular level from those that arise spontaneously in nature and those that can be induced using chemical and radiation mutagenesis.

Since earlier kinds of genetic modifications and procedures used in agriculture were never regulated—and did not give rise to any health or environmental disasters—why are we continuing to regulate based on the process of modification? The only rational way out of this dilemma is to regulate agricultural crops and microorganisms based on the new traits that are added by molecular methods. If the organism is familiar, such as corn, and the new trait does not change it in a way that could be harmful to people, animals or the environment, we should not regulate it.

It should be noted that the regulatory, as well as the ethical, issues are rather different when it comes to using gene editing in medicine as compared with agriculture. This is because breeders can routinely weed out and discard organisms with undesirable traits, irrespective of whether the trait arose naturally or through breeding techniques. Doctors cannot. 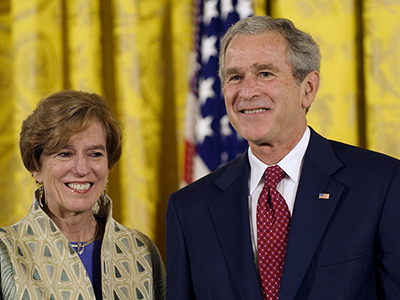 What other hot-button issues are important to you?
I am most concerned about increasing public acceptance of these new methods of modification in agriculture, particularly for crop plants. Climate warming is rapidly moving more and more of the Earth’s agricultural areas out of the climate in which plants were domesticated. Year by year, this encroaches on global agricultural productivity as the area experiencing very high growing season temperatures expands. Because the global human population is still growing, this will increasingly affect food security.

In order to rapidly adapt crops to warmer growth conditions, we need the modern tools of molecular modification—all of them—to adapt our most productive crop plants to the warmer conditions. Older methods of plant breeding will not suffice, as they either take many years or fail altogether because the needed genes don’t exist in sexually compatible plants.

Why should we be scientifically literate?
We live in a society totally based on science and technology. Increasingly, the kinds of decisions that our leaders make are based on the ability of science to predict future trends, such as global warming. Since politicians cannot get ahead of their populace, the only way they can make scientifically sound decisions about issues such as climate change, GMOs vaccinations and many other important issues is through the support of a scientifically literate population.

How do organizations such as NAS help in this regard?
NAS was established by President Lincoln to help the government make scientifically sound decisions by calling on the expertise of the best and most accomplished scientists in the country. Its reports continue to guide the government to the extent that politicians recognize the validity of scientific guidance.