Share
College of Arts and SciencesDepartment of Earth Sciencesfacultyresearch

Members of the Department of Earth Sciences will gain new insights into Earth’s crust, thanks to a licensing agreement between Syracuse University and Petroleum Experts (Petex), a leading developer of optimization software for the oil and gas industries. 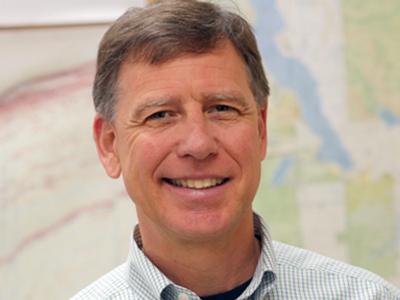 The Scotland-based firm has donated 10 licenses of its MOVE software package to Syracuse for research and training purposes. The suite, which is valued at nearly $2.2 million, is considered the industry standard for geological modeling and structural analysis of Earth’s deep interior.

“MOVE benefits faculty and students interested in tectonics and structural geology,” says Christopher Scholz, professor of Earth sciences in the College of Arts and Sciences (A&S). “We are grateful to Petroleum Experts, whose software tools will particularly advance our understanding of continental rifting [i.e., the extending and thinning of Earth’s crust].”

Starting in January, A&S professors, postdocs, graduate students and undergraduates will use MOVE to study the evolution of complex geological terranes.

“Many of Earth’s economic resources are spatially concentrated through movements of the tectonic plates, creating complex, three-dimensional rock configurations over millions of years,” says Scholz, an A&S faculty member since 1998. “Disentangling the history of an area’s deformation helps us learn more about the distribution of the subsurface resource—whether it is an ore body, an oil or gas accumulation, or a water aquifer.”

In addition to aiding in the study of important sites that are undergoing active tectonic deformation, MOVE will lead to products that could elevate Syracuse’s status in the field of rift basin architecture and evolution. “It will make us more successful in competing for the most substantial research grants and in publishing in the world’s top scientific journals,” Scholz says.

MOVE is the latest acquisition of the Earth sciences department, known for its state-of-the-art analytical and computing facilities in the Heroy Geology Laboratory.

Scholz says the licensing agreement will benefit faculty-led, departmental research projects, most of which are “large, collaborative, multi-institutional and multi-national” in scope. Common among all of them is scholarly emphasis on Earth’s crust and mantle.

“Acquiring skills in the collection and analysis of data is essential for Earth sciences students interested in careers in academia, government or industry. Working with MOVE will teach them critical thinking, an essential component of a liberal arts education,” he concludes.

Founded in Edinburgh in 1990, Petex is one of Europe’s fastest growing technology companies, with more than 420 clients worldwide.