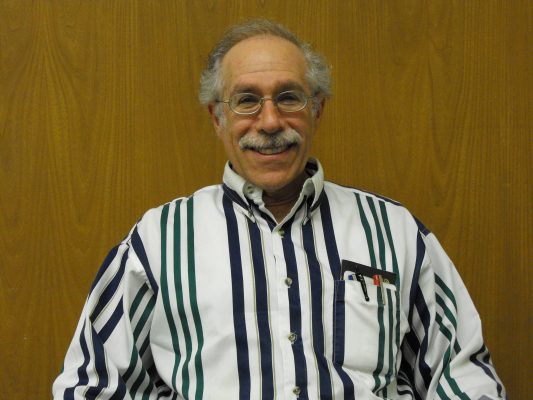 The old cliché that humans are made of stardust underscores an upcoming program by an astrophysicist in the College of Arts and Sciences.

Carl Rosenzweig, professor of physics, will discuss “Stars ‘R’ Us” on Sunday, Oct. 28, at noon in MacMillan Hall at Wells College, 170 Main St., Aurora. The event, which benefits the Friends of the Southern Cayuga Planetarium, explores the deep connections between life on Earth and interstellar space.

“We are delighted to present Professor Rosenzweig, who has spent more than 40 years at Syracuse University pushing the boundaries of theoretical particle physics and cosmology,” says Dempsey, a retired science teacher who is president of the Friends of the Southern Cayuga Planetarium. “Beginning with the Big Bang nearly 14 billion years ago, his presentation will trace how the elements of the universe found their way into the solar system and eventually into us.”

Scientists agree that while there are 118 elements in the periodic table, dozens of them are in the human body and are crucial to life itself.This scenario runs counter to when the universe was minutes old and the only elements in existence were hydrogen and helium. “Where did the other elements come from? How did they get into us?” Dempsey asks.

Although people and stars share about 97 percent of the same kinds of atoms, the proportions of elements among them differ. Studies show that people are 65 percent oxygen by mass, whereas oxygen makes up less than 1 percent of the elements in space.

“We really are stardust,” claims Rosenzweig, who has held research positions at the University of California, Berkeley; the University of Pittsburgh; and the Weizmann Institute of Science in Israel. “I will consider how stars manufactured all these elements, including the building blocks of life [carbon, nitrogen, oxygen, phosphorus and sulfur], and how the most violent events in the universe released these elements to interstellar space.”

Rosenzweig is a member of Syracuse’s Theoretical Cosmology and Elementary Particle Physics Group, which studies the fundamental forces and particles in the universe.

After spending most of his career exploring the properties of quarks and gluons (fundamental particles in protons and neutrons), he recently has turned his attention to the very early universe.“Over the past decade, observational and theoretical cosmology has provided us with a new and surprising description of the evolution of the universe. This data has highlighted existing issues, while raising new questions about the microphysical processes behind these macroscopic phenomena,” says Rosenzweig, alluding to such infinitesimals as quantum mechanics and string theory.

The author or co-author of dozens of original research articles, Rosenzweig is a proponent of science literacy. He has taught introductory physics and astronomy to thousands of undergraduates, in addition to inspiring hundreds of gifted high school seniors through Syracuse University Project Advance, whose physics curricula he has directed since 2010.

“I am honored to support the Friends of the Southern Cayuga Planetarium,” says the renowned theoretician, who earned a Ph.D. in physics from Harvard University. “I hope to appeal to scientists and nonscientists alike.”

The Friends of the Southern Cayuga Planetarium is a nonprofit organization raising money to restore and reopen the 50-year-old, Sputnik-era planetarium, which conjoins a 14-year-old NASA-funded observatory. Both facilities closed doors in 2014.

“We’re more than halfway toward our fundraising goals for being restored and upgraded for the next generation. This event is vital to our efforts,” Dempsey adds.