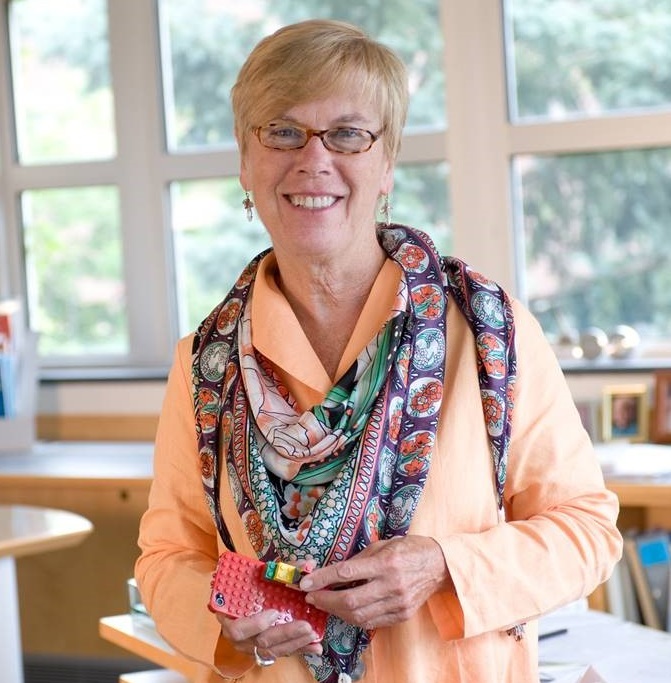 School of Information Studies (iSchool) Dean Liz Liddy has been a student, a professor, a dean (twice) and a member of the Chancellor’s executive team in her career at Syracuse University. Growing up in a family of entrepreneurs, and becoming an entrepreneur herself, she has instilled a spirit of innovation and entrepreneurship in thousands of students, helping them find their passions and build businesses.  Under her watch, the iSchool has pioneered new programs and partnerships, becoming a national leader in information science and technology, pushing the boundaries in many fields like social media and data science. Its graduates have been exposed to so many hands-on learning experiences that they are employed quickly in jobs that help transform the way business is conducted in the digital age.

And now, Dean Liddy has given the iSchool time to prepare for its next transition in leadership, announcing at the iSchool’s opening convocation on Friday afternoon that she will step down as dean at the end of the 2018-2019 academic year.  Liddy became dean of the iSchool in February 2008, a post she temporarily left in January 2015, when Chancellor Kent Syverud appointed her to serve as interim vice chancellor and provost. Liddy served in that position until May 2016, when she returned to her post as dean of the iSchool.

“Dean Liddy’s service to Syracuse University in many roles leaves a legacy that touches the entire campus community, including students, faculty, staff, administration and alumni,” says Chancellor Kent Syverud. “She is a trusted colleague, a pioneer in her field, a dedicated educator, and an inspiration to colleagues, alumni and friends of Syracuse University.  As interim vice chancellor and provost, she led the creation of our academic strategic plan, which provides focus for the University’s aspirations into the future.”

Liddy has spent more than 30 years as a faculty member and researcher at the iSchool. As dean, she presided over the iSchool during a period of tremendous growth, increasing undergraduate enrollment by 71 percent and graduate enrollment by 66 percent. During her tenure, the iSchool created New York State’s first graduate certificate program in data science, and the school recently announced a new undergraduate minor in data analytics. In addition, she has helped raise more than $26.2 million for funding research and development.

Liddy’s vision and leadership have helped grow the iSchool and create new opportunities for its students. From 2012 to 2014, she chaired the iSchools Organization, a consortium with three initial member information schools, including Syracuse University.  The organization now includes 95 information schools around the world. Liddy currently serves on the board of the Madden School of Business at Le Moyne College, which led to a partnership between the iSchool and the Madden School that provides students access to certificate programs and individual courses in the partner school, which are beyond what their home school offers.

Liddy is a strong proponent of increasing female student engagement in IT.  She was the founding faculty advisor of Women in Information Technology (WIT), a student group that supports and mentors female IT students. Eight years ago, Liddy approved the IT Girls Overnight Retreat, an annual weekend event introducing high school junior and senior girls to the field of Information Technology.  As a result, the overall Syracuse iSchool undergraduate population is now a remarkable 42 percent female, with the Class of 2022 boasting a 47 percent female population.

“Liz has worked tirelessly on behalf of her school,” says Vice Chancellor for Academic Affairs and Provost Michele Wheatly.  “Her efforts in prioritizing experiential learning have prepared students for immediate career success—so high in fact that iSchool alumni are nearly 100 percent employed following graduation in competitive fields with competitive salaries.”

Liddy began her Syracuse University career as a visiting assistant professor in 1983.  She earned a Ph.D. in information transfer from the iSchool in 1988.

Liddy’s main research focus is natural language processing (NLP), an area in which she has been active since her dissertation research that received three awards, beginning with the ISI Dissertation Proposal Award, followed several years later, by the receipt of both the ASIST Doctoral Dissertation Award, and the ALISE Doctoral Dissertation Award for proving the utility of NLP for information science.  Liddy was one of the earliest researchers in NLP, and her chapter on NLP in the Encyclopedia of Library & Information Science in 2001 is used in many Computer Science courses around the country.

In 1994, Liddy founded and led a software startup company, TextWise, and as CEO grew it to 50 employees, winning the prestigious National Tibbetts Award from the U.S. Small Business Administration. She was the founding director of the iSchool’s Center for Natural Language Processing (CNLP), which advanced the development of human-like language understanding software capabilities for government, commercial, and consumer applications. The holder of eight software patents, Liddy has led 70 research projects, authored more than 110 research papers and given hundreds of conference presentations on her work.

“SU has been my home, both professionally and personally, for more than three decades,” says Dean Liddy.  “We have accomplished great things as a school and as a University. What makes SU special is the people, commitment to innovation and relentless pursuit of excellence.”

The search to identify the next iSchool dean will commence this academic year.