Two Syracuse University physicists are among the recipients of a $2.1 million National Science Foundation award to analyze the potential for developing third-generation global gravitational-wave detectors. These detectors would expand scientists’ capacity to monitor cosmic activity to the outer edges of the universe. 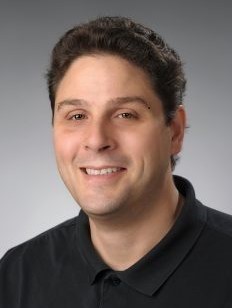 Stefan Ballmer, associate professor of physics at the College of Arts and Sciences, and Duncan Brown, the Charles Brightman Endowed Professor of Physics in the College of Arts and Sciences, are principal and co-principal investigators, respectively, for Syracuse University’s $240,006  portion of the collaborative project, titled “Collaborative Research: The Next Generation of Gravitational Wave Detectors.”

In addition to Syracuse, the project’s core research team will include members from Massachusetts Institute of Technology, Pennsylvania State University, California State University Fullerton and California Institute of Technology, each of which received a portion of the $2.1 million funding award. The project will drive U.S. participation in an already-underway international effort to develop a third-generation gravitational-wave network and support the U.S. role in planning the future of gravitational-wave astronomy.

“Every year in the universe, hundreds of thousands of black holes collide,” says Ballmer. “That’s one collision every five minutes. Three years ago we observed our very first black-hole collision. This award will help us design a detector that will observe all of the collisions happening in the universe. This is the first step toward building observatories that can map the dark side of the universe and understand the structure that we see today.” 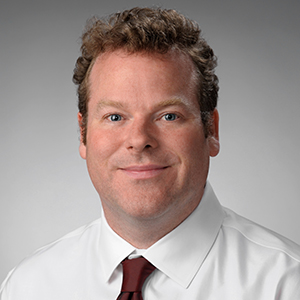 Both Ballmer and Brown are part of the Gravitational Wave Group in the Department of Physics, based in the College of Arts and Sciences. They were part of the international team of scientists who made worldwide headlines in 2015 with the first observation of gravitational waves—a discovery that confirmed a major piece of Albert Einstein’s theory of general relativity—and again in 2017 with the observation of gravitational waves emanating from the collision of two massive neutron stars in deep space. The new research project will build on the promise of those two breakthroughs, which opened wide the field of gravitational-wave science and expanded scientists’ capacity to find in deep space answers to some longstanding questions about the workings of the universe.

Both discoveries were made by the second-generation Laser Interferometer Gravitational Observatory (LIGO) with detectors that survey only a small fraction of the universe. The enhanced sensitivity of third-generation detectors will allow scientists to survey the entire universe, providing answers to questions of broad interest in astrophysics, cosmology, fundamental physics and nuclear physics.

“The scientific potential of next-generation gravitational-wave detectors is astonishing,” says Brown. “The neutron star collision we saw just over one year ago led to a huge leap in our understanding of evolution of stars and the formation of heavy metals like gold. With these new detectors, we expect to see events like this every day—and surprises that we haven’t thought of yet.”

Students and postdoctoral candidates from Syracuse and the other partnering universities will take part in the research work as well.

The project is funded for three years, at the end of which the research team will deliver to the National Science Foundation an analysis of the scientific potential of third-generation detector networks and the prospects for detectors and facilities required to build such a network. The analysis will be a key resource for the global community and funding agencies when designing and building third-generation observatories.