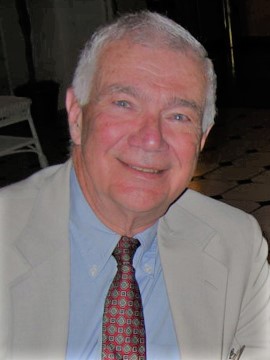 “I’ve always wanted to play the bagpipes,” says Alfred U. MacRae ’54, G’57, G’60, one of the University’s most celebrated alumni. “My ancestors were from the Highlands of Scotland, and it was only natural for me to play them. They’re in my blood.”

While MacRae has celebrated his ancestry through music, he is equally at home in the laboratory. The former pipe major is renowned in the fields of electronics and communications equipment. Upon earning degrees, including a Ph.D. in physics from the College of Arts and Sciences, he embarked on a 35-year career at Bell Telephone Labs in New Jersey. MacRae started out in the Basic Physics area, studying the location of atoms on surfaces; in time, he pioneered the development of silicon integrated circuits and satellite communications technology.

“I never had a dull day at Bell Labs,” says the Seattle resident, who received the college’s 2012 Distinguished Alumni Award. “I always was learning something new and working with many talented colleagues.”

As if designing satellites and developing semiconductor chip technology was not captivating enough, MacRae rounded out his career with consulting, lecturing and writing. He is the holder of 18 patents and is a member of numerous trade organizations, including the National Academy of Engineering, home to more than 2,000 peer-elected luminaries in business, government and academia.

With global production of transistors at an all-time high, experimentalists such as MacRae occupy a unique place in science and technology. “I was at Syracuse during a very important time. When I think about everything I did there and the people I worked with—well, it’s music to my ears,” he adds.

A&S recently caught up with MacRae to discuss his time at Syracuse and beyond.

You have had a stellar career, involving integrated circuits and satellite communications. How did you get started?
I majored in physics, which, probably more so than any other field, provides a basic understanding of nature. In fact, some people feel students should study physics before biology and chemistry. Also, the global economy is technologically based, so physics is a good field of study for aspiring politicians and business people.

After Syracuse, I joined Bell Labs [in 1960], then a premier institution for solid-state physics research. My department had some famous people in it, including Walter Brattain, an experimentalist who would share the Nobel Prize for inventing the transistor.

Bell Labs was a stimulating environment, where I could do almost anything I wanted. On my first day, my department head introduced me to my technician, showed me my lab and handed me an equipment order-form. Then he said, “I’ll see you in a year, and we’ll talk about what you’ve done.”

Did you receive other job offers?
As a graduate student, I published and presented papers at physics conferences and, in the process, came to know several Bell Labs scientists. That institution hired me to do fundamental physics studies of surfaces, followed by work on integrated circuits. [An integrated circuit is a tiny silicon chip, containing upwards of billions of electrical transistors.]

I initially did ion implantation, one of the fundamental processes used to make integrated circuits, but then I got into the technology of fabricating, designing and testing them. I eventually oversaw an organization that developed large transmission systems and then satellite communications. All this happened during my multifaceted career at Bell Labs.

What kinds of basic research did you do there?
I initially collaborated with Lester Germer, a physicist known for the experimental verification of quantum mechanics [i.e., the Davisson-Germer experiment]. We studied the location of atoms on the surfaces of metals and semiconductors—work that led to my induction into the American Physical Society [APS]. We also examined chemical reactions on clean surfaces.

This research activity must have been a huge leap from studying condensed matter at Syracuse.
Somewhat, but that is the advantage of specializing in physics. I studied solid-state physics under Henry Levinstein [who taught and did research at Syracuse from 1947 to 1983]. In his lab, we focused mostly on the electrical and optical properties of single crystals—work vital to understanding pure physics and material science.

Henry prepared me for life after Syracuse. He treated all of us like scientists, encouraging us to join APS, present and publish papers, and meet important scientists who visited campus to learn about our research results.

What about Peter Bergmann, founder of Syracuse’s general relativity research group. Did you know him?
Yes. I took relativity courses from him. He was part of Einstein’s stable of scientists and was world-renowned. Peter Bergmann became the “grandfather of relativity” after Einstein died. Peter wrote a book on relativity used by many universities after World War II. I kept my copy for years.

Mel Lax also taught at Syracuse, before joining Bell Labs in the ’50s. He was a solid-state physicist who wrote an influential paper on multiple scattering theory. His research changed our understanding of semiconductor device applications.

Even though Mel was a theoretician and I was an experimentalist, I interacted with him a lot at Bell Labs. His contributions to the field were significant.

Whom else do you remember from your student days?
I cannot say enough about William Fredrickson, longtime chair of the physics department [and professor from 1928 to 1971]. He was so friendly and always made time for us. When I was in high school, I made an appointment to meet him. He spent more than an hour with me, convincing me to major in physics.

William Fredrickson fostered an environment in the department that was exemplary. Many of us would have loved to see his name on the Physics Building at Syracuse, although he discouraged that honor.

Sounds like the transition from Syracuse to Bell Labs was smooth.
The solid-state group at Bell Labs was world class, the big leagues. There was nothing else like it. They recruited heavily at major universities, including Syracuse.

Did you always want to go to Syracuse?
Interesting story. I was born into a working-class family in Brooklyn. My father did heavy construction work, so we moved around a lot. By the time I finished the sixth grade, I had gone to nine different public schools on the East Coast.

I was grateful to land a full-tuition scholarship to Rensselaer Polytechnic Institute, but when I got a letter from Syracuse, offering me a full ride, I jumped at it.

What else did you do at the University?
I played bagpipes—had them with me wherever I went. Professor Levinstein’s lab was right under the stands of Archbold Stadium. Like most of his students, I did a lot of research at night. I often took breaks and practiced the pipes in the upper stands, especially during the summertime. The Daily Orange published an article, calling me the “Ghost of Archbold Stadium.” In subsequent years, I have interacted with many alumni who remember hearing the eerie sounds of bagpipes coming from the stadium, late at light.

Amazing.
I remember Jim Brown [’57] and Ernie Davis [’62] and Syracuse winning its first national championship [in football in 1959]. In those days, college football was nowhere near the entertainment medium it is today. We paid very, very little for tickets, and Levinstein’s group had season tickets on the 50-yard-line. The sad thing is that most of the people I was close to [at Syracuse] are now looking up at the grass.

Hence the need to keep their legacies alive.
Yes. The University—and its faculty—needs to keep tooting its own horn. I cannot say enough about Syracuse and the way it has affected my life. We have to keep telling the University story. There is much of which to be proud.