Data Summit Draws Over 70 from Upstate Governments and Municipalities

Over 70 people attended the first Upstate Data Summit held last week at Syracuse University, and sponsored by the School of Information Studies (iSchool), the City of Syracuse and the Center for Technology in Government at the State University of New York at Albany. 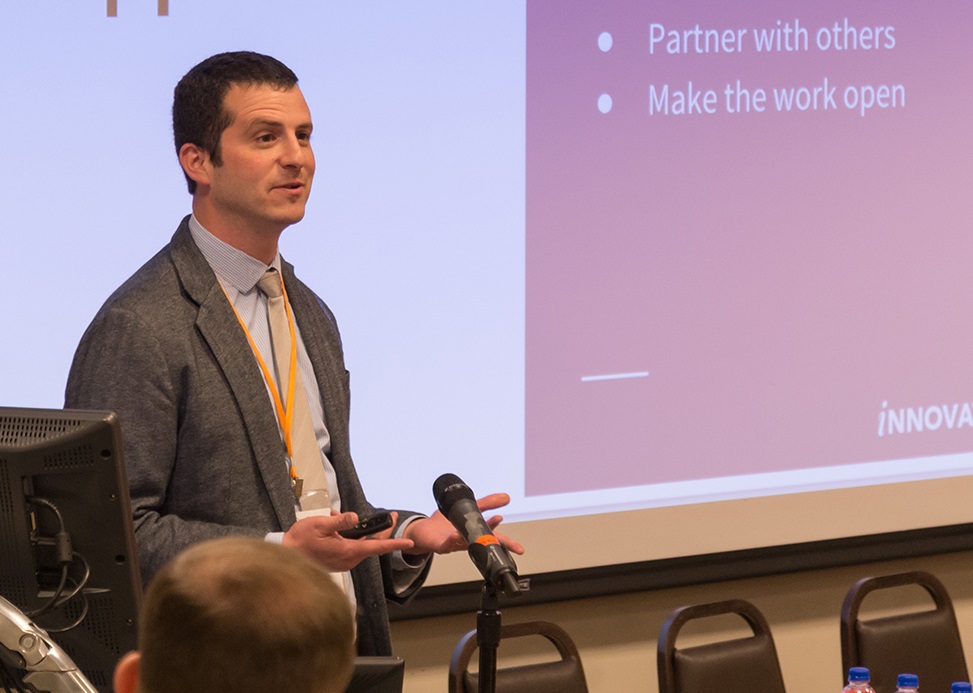 “Our goal was to provide an opportunity for attendees to learn more about how other upstate governments are using data,” explains Mark Headd, an innovation specialist for the U.S. government General Services Administration Technology Transformation Service who helped to organize the event.

“Everyone who attended this summit strives to improve cities,” says Sam Edelstein, an iSchool alumnus and chief data officer for the City of Syracuse. “While each attendee comes from a place that is a little different, we can all learn about what has worked elsewhere. By sharing stories and data that helped inform the decisions that were made, we can hope to improve the lives of those that live throughout Upstate New York.”

Kate May, chief performance officer for the City of Rochester, outlined a data strategy she is pursuing for the city, and addressed some of the challenges in gathering and sharing data between municipalities.

The director of Open Data Buffalo for the City of Buffalo, Kirk McLean, discussed how his organization developed the Mayor’s Civic Innovation Challenge and involved the community in developing applications that leverage open city data.

The Center for Technology in Government’s Megan Sutherland and John Coluccio from the City of Schenectady gave a presentation on how they’ve worked to develop a shared regional database to help combat property blight in New York’s Capital Region. The pair have worked with officials in the cities of Troy and Amsterdam.

Outlining numerous efforts in the City of Syracuse, Edelstein explained how the city’s Innovation Team gathered and shared data to address municipal infrastructure issues, such as potholes, water main breaks and snow removal.

City of Syracuse Mayor Ben Walsh then kicked off the afternoon portion of the event with a keynote address, outlining the city’s goals and noting that embracing technology and adopting open data policies can make city operations more efficient and equitable.

Walsh praised the city’s Innovation Team, crediting them for beginning the process of moving the city toward data-driven decision making.

He characterized the challenges that the City of Syracuse faces as “daunting, but not insurmountable.”

“With the right team, which we have,” Walsh says, “and leveraging data and technology, our best days are ahead of us.”

“Across Upstate New York,” the Mayor notes, “we have all the ingredients we need to be a great community, and at the core of our efforts is making data-driven decisions.”

After Walsh’s address, Coluccio, Edelstein, May and McLean were joined by Ari Epstein from New York State’s Department of State and Jared Kraham, deputy mayor of the City of Binghamton for a panel discussion and Q&A session. The panel fielded questions that ranged from how to best involve the community in open data projects to how municipalities were archiving data and dealing with new record retention policies.