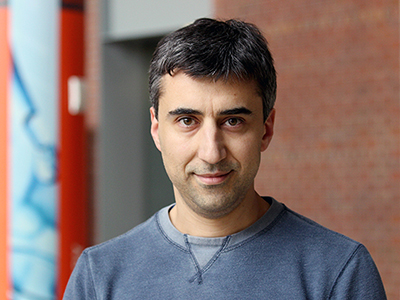 On an average day in India not so long ago, the circuit breakers on a single powerline got tripped. That caused the breakers on another line to go down. Then another. Then another. It happened again and again throughout the power grid, leaving more than 300 million people in the dark for 15 hours.

A few years later on a highway in China, construction and a spike in traffic created some congestion heading to Beijing. Fender benders followed. A few cars broke down. The situation descended into a major traffic jam that stretched for 100 kilometers and lasted for 10 days.

These scenarios were unrelated, but they had one key thing in common—small failures snowballed into full-blown catastrophes.

In his National Science Foundation CAREER Award-winning proposal, “A Scalable Optimization-Based Framework for Modeling and Analysis of Cascading Failures,” College of Engineering and Computer Science Assistant Professor Makan Fardad is tackling these cascading failures by developing a mathematical framework to expose the fragilities that exist within infrastructure networks so that they can be amended before causing large-scale failures.