Healthy-building advocate and SU alumnus Rick Fedrizzi G’87 concludes the 2017-18 University Lectures series on Tuesday, April 24, at 7:30 p.m. in Hendricks Chapel. Fedrizzi will give a short presentation and then engage in an on-stage conversation with School of Architecture Dean Michael A. Speaks.

The event—co-sponsored by the Martin J. Whitman School of Management, with media sponsor WAER—is free and open to the public. American Sign Language (ASL) interpretation and Communication Access Realtime Translation (CART) are available at the lecture. 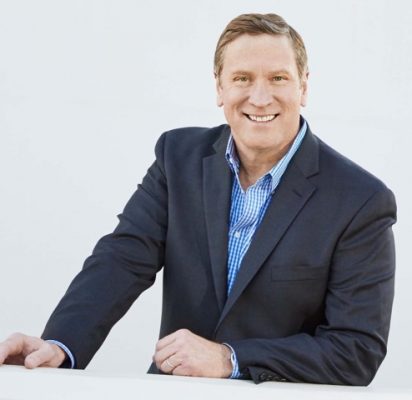 Fedrizzi is chairman and CEO of the International WELL Building Institute (IWBI). Previously, he was the founding chair and CEO of the U.S. Green Building Council (USGBC) and CEO of Green Business Certification Inc.

During his tenure with the USGBC, LEED, or Leadership in Energy and Environmental Design, became the world’s most widely used green building rating system.

Fedrizzi co-founded USGBC while serving as the environmental marketing officer at UTC’s Carrier Corp., where he served for more than 25 years. A Syracuse native, he received an M.B.A. from Syracuse University in 1987 and was recipient of an Arents Award for Excellence in Sustainability Innovation in 2011.

He brought his global environmental track record and keen business insight to IWBI in November 2016. With more than 100 million square feet registered and certified in more than 30 countries, IWBI’s evidence-based WELL Building Standard is the premier system for measuring and monitoring real estate features that impact health and well-being and third-party certifying their successful achievement.

Fedrizzi serves on numerous boards and advisory councils, including the Center for Health and the Global Environment at the Harvard T.H. Chan School of Public Health; View Inc.; and Global Green.

His book “Greenthink: How Profit Can Save the Planet” (Disruption Books, 2015) won a prestigious EPPY award for Public Affairs in 2015.