Join the Women in Technology Event 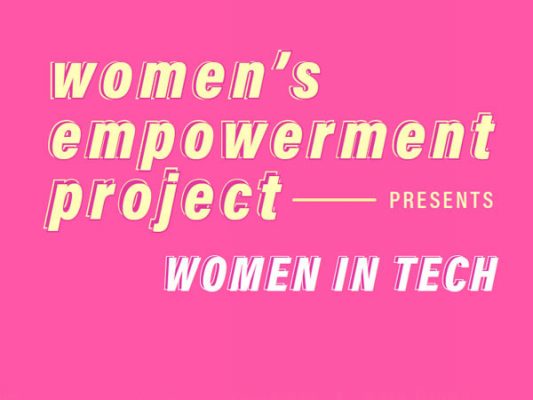 The second annual Women’s Empowerment Project presents the “Women in Tech” panel, featuring Kate Brodock, CEO of Women 2.0; Lynn Root, site reliability engineer at Spotify; and Maira Benjamin, director of engineering at Pandora. The event will be held April 9 at 5 p.m. in 141 Newhouse 3. The panel will discuss the importance of women in technology industries and panelists will give an overview of their career paths which led to their current leadership positions.

Prior to founding Women 2.0, Brodock was the director of the W2O Group Center for Social Commerce at S.I. Newhouse school of Public Communications and executive director of social media for Syracuse University. Women 2.0 is both a media and tech company with the mission of impacting gender equality in the tech world. Brodock has been involved in the tech startup space as an employee, founder, judge, mentor and investor. She has spoken at SXSW, TEDx and contributed to Forbes Magazine.

Root is a site reliability engineer at Spotify and the resident FOSS evangelist. She is also a global leader of PyLadies and former vice chair of the Python Software Foundation board of directors. Root has spoken at several technology conferences, specially to the Python community and Glamour Magazine featured Root as “35 Women Under 35 Who Are Changing the Tech Industry.”

Benjamin has over 30 years of experience in the realm of software development. She’s worked in different industries: digital imaging, databases, insurance, finance, travel and music. In her current position as director of engineering at Pandora, Benjamin is in charge of the Playlist Algorithm, Music Tools and Retention teams at Pandora. Benjamin also is the co-founder of the Tech Intersections Conference, which is the first conference with a focus on women in color in technology.