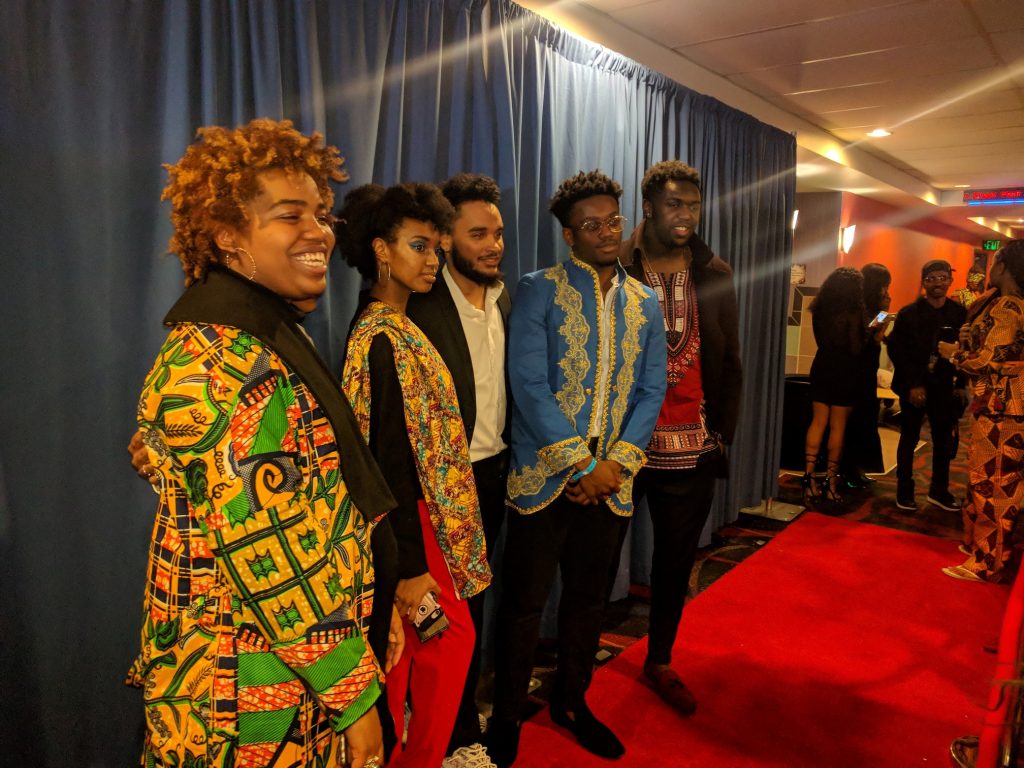 Scheduled as one of the Orange After Dark events for the semester, the “Black Panther” movie premiere at the Regal Cinemas at Destiny was expanded to include a red carpet event for students.

As Marvel’s film “Black Panther” racks up record-breaking numbers in movie theaters across the nation, Syracuse University celebrated the movie premiere Feb. 15 with a record-breaking night of its own.

Scheduled as an Orange After Dark (OAD) event, the “Black Panther” movie premiere was the most highly anticipated event of the series. Once announced, the Office of Student Activities heard from students and student organizations across campus seeking to make the night a special one, celebrating culture, artistry and the popularity of the movie.

Through the student-led effort and co-sponsorship by Student Association, the red carpet movie premiere expanded its capacity to 1,275 students, the most ever for an OAD event, and sold out in a little over a day. The ticket proceeds from the premiere were combined with the proceeds from Cuse for Good to benefit Syracuse City schools.

Working with Student Association, Light on Ebony, National Pan-Hellenic Council, Mixtape Magazine, The Renegade Magazine and Femme Noir Magazine, the movie premiere at the Regal Cinemas at Destiny was expanded to include a red carpet event where students experienced a glamorous night. This Hollywood-like experience included students moving down the red carpet while student-led publications and students acted as paparazzi, interviewed and took pictures of the attendees.

Uche Chukwuma ’18, president of Light on Ebony, was one of the lead student organizers for the red carpet movie premiere. Reflecting on the evening’s success, Chukwuma says, “I’m so excited and I’m so happy that we were able to do this. This is a big film and to be able to rent out the entire wing of the theater is great.”

“The movie premiere was a monumental occasion for our students and campus community, and the excitement surrounding it was like no other,” says Dave Sargalski, director of the Office of Student Activities. “The OAD staff and student board members and our student organization leaders worked incredibly hard to plan and host an incredible night.”