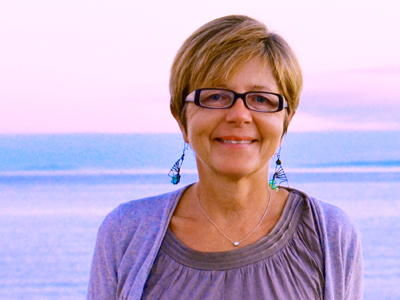 Distinguished Professor M. Cristina Marchetti has been elected to the Commission on Statistical Physics as part of a select group of international scientists.

The Commission on Statistical Physics (C3) was established by the International Union of Pure and Applied Physics (IUPAP) in 1945 to promote the exchange of information and views among the members of the international scientific community in the general field of statistical physics.

Marchetti, the William R. Kenan Distinguished Professor of Physics in the College of Arts and Sciences, was nominated for the position and elected by the commission members.

“This new leadership role continues Cristina’s incredible record as a leader in scientific societies, meetings and journals,” says A. Alan Middleton, associate dean of research and scholarship and professor and chair of the Department of Physics. “She has not only contributed at the highest levels as a formal leader, conference organizer and editor, but she has also led in initiating new divisions within societies, such the Topical Group on Soft Matter in the American Physical Society. She is well known around the world for her research and leadership in statistical physics.”

Marchetti’s research for the past 25 years has spanned a broad range of problems in statistical physics and soft matter, from superconductivity to biological physics, with a focus on nonequilibrium phenomena.

“In recent years my work has focused on the emergent behavior of ‘active matter,’” Marchetti says. “The name describes collections of self-driven entities that exhibit organized behaviors on scales much larger than that of the individuals—examples range from the flocking of birds to the sorting and organization of cells in morphogenesis [the biological process in which an organism develops its shape], and include synthetic analogues, such as engineered microswimmers.”

In 2016, Marchetti was granted a major award from the National Science Foundation for $420,000 to pursue the research.

With the breadth of her background and research, Marchetti hopes to bring to the commission “a deep appreciation for the diversity of the field of statistical physics and of its connection to other areas of physics and to other disciplines.”

Marchetti also sees the need for enhanced unity and visibility for statistical physics and its relevance to many areas of science and engineering. “This can only come from better communication across disciplinary and national boundaries, and IUPAP can play a key role in this effort,” she says.

Marchetti has also served in the soft matter and statistical physics community in various roles, including as elected chair of the American Physical Society Topical Group on Statistical and Nonlinear Physics and currently as chair of the recently formed Topical Group on Soft Matter (GSOFT). She has also organized conferences; served on selection committees for international prizes; and is the co-lead-editor of Annual Reviews of Condensed Matter Physics and Physical Review X.

As a mentor and teacher, Marchetti is deeply committed to increasing diversity among faculty and students in the sciences and strengthening graduate education and providing students with exposure to and appreciation for the interdisciplinarity of soft materials physics and the broad relevance of statistical physics. She has propelled new models of graduate education at Syracuse and nationally as one of four principal investigators running the Boulder Summer School for Condensed Matter and Materials Physics.