Anyone who has ever tried to sleep near a person who snores knows how maddening it can be. However, that frustration is nothing compared to the health consequences the snorer faces. Snoring disturbs sleep and can eventually develop into sleep apnea, which makes matters much, much worse. People with sleep apnea are at greater risk for strokes, heart attacks, cancer, type two diabetes, Alzheimer’s and more. And still, most people do not seek treatment for their snoring or sleep apnea. 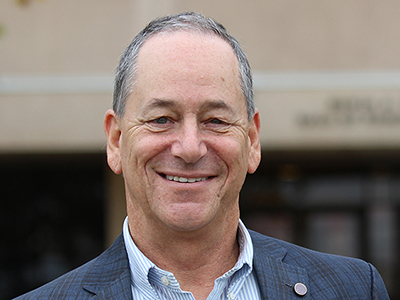 Bioengineering alumnus Jonathan Greenburg ’78 has invented an effective solution for snoring that overcomes the obstacles that keep people from addressing the problem. His device, the ZYPPAH, is a comfortable, relatively inexpensive mouthpiece, that doesn’t require a doctor’s prescription.

Greenburg, a member of the University’s first graduating class of bioengineers from the College of Engineering and Computer Science, invented the ZYPPAH after many years as a successful “dentist to the stars” in Los Angeles. His bioengineering degree gave him a leg up in applying to dental school in the late 1970s, and he credits his SU education with the entrepreneurial success he is experiencing.

“My goal was to get into dental school. Rather than just taking the traditional route of biology, chemistry or physics, I chose bioengineering. It gave me an advantage and opened up a whole other world to me. It’s why I am where I am today,” says Greenburg.

Snoring and sleep apnea are closely related. Snoring is caused by a partial blockage of a person’s airway when their tongue falls back during sleep. Sleep apnea is a complete blockage of the airway. Both conditions worsen with age because the tongue is a muscle and we lose muscle tone as we age. Naturally, when the tongue blocks a person’s airway it causes a lack of oxygen to the brain, a lack of rest and forces the heart to work overtime.

In the early aughts, Greenburg was working as a dentist when sleep apnea treatments became prevalent. It was the next big thing in dentistry. “At the time, the treatment methods were only uncomfortable CPAP machines, mouthpieces to bring the jaw forward and even tonsil and jaw surgery. There’s been limited success with these,” says Greenburg. “People were looking for a better way.”

Greenburg recalls one patient in particular who could not find relief for her sleep apnea, “She’d tried everything, and never had success. We tried something new.” He provided her with a rudimentary bar to place over her tongue while she slept. It worked. Greenburg says, “She went from being a negative, depressed person to a very positive one. Her lack of sleep was affecting her entire outlook on life. That was when we realized that it wasn’t the throat that was causing her apnea, it was the tongue.”

That realization set him on a path to focusing on snoring and sleep apnea full time. Soon after, the ZYPPAH (Happy Z backwards) was born. The ZYPPAH features a special “seatbelt for the tongue” that prevents the tongue from falling back and blocking the snorer’s airway. It also moves the jaw forward to further open the throat. The device costs about $100. Also, people who snore don’t need to undergo extensive sleep testing to get a prescription for one. The ZYPPAH is available for purchase online at zyppah.com. Greenburg cites high costs and poor accessibility, as well as an aversion to CPAP devices, as the main obstacles that prevent most people from seeking treatment.

The ZYPPAH is currently the No. 1-selling mouthpiece on the market. The product was even featured on the “Nightly News with Lester Holt,” where a consumer reporter demonstrated its effectiveness—providing relief to a snorer and his wife alike.

Greenburg believes that developing solutions to problems like this is what the engineering discipline is at its very core. He says, “The key to engineering is it teaches you to problem-solve and you get very good at it. I’ve made it my mission to turn lemons into lemonade every day. I aim to make a difference on this planet.”