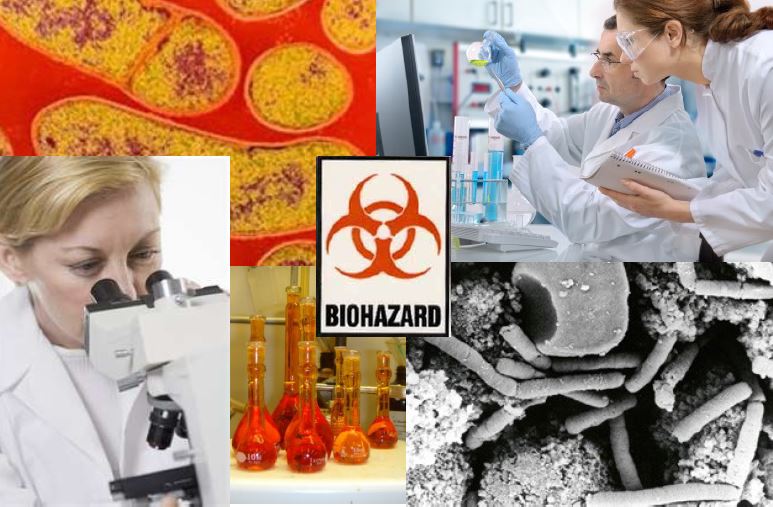 More than three dozen people participated in a recent workshop sponsored by the FBI and the University’s Forensic and National Security Sciences Institute to discuss issues of biosecurity.

The University’s Forensic and National Security Sciences Institute (FNSSI), along with the Federal Bureau of Investigation (FBI), Weapons of Mass Destruction Directorate (WMDD), Washington, D.C., sponsored a recent workshop on campus that brought together researchers, local, state and federal law enforcement and other emergency officials to discuss issues of biosecurity.

More than three dozen participants attended the Oct. 25 workshop held at the Inn Complete on South Campus to identify and understand their roles during security threats and further strengthen cooperation between the various stakeholders.

“The workshop is an effort to present certain information on biosecurity and make inquiries across the country regarding biosecurity,” says Professor Robert Silver, of the Department of Biology and FNSSI in the College of Arts and Sciences, who helped organize the event. “Most importantly, it’s about bringing together folks in academia, health delivery, industry and members of the first responder and law enforcement communities to identify potential hazards and threats—and also understand what procedures are in place to protect all of us from potential threats and hazards.”

The threats of concern range anywhere from accidental release of hazardous materials to the purposeful generation of potentially harmful materials, Silver says.

The FBI has held informal meetings on such matters, but more is being done to organize regular, formal workshops. Other sessions are also being held in New York State and across the country. “There’s an increasing concern that’s there’s adequate awareness for these potentials,” Silver says.

“They are aware of the forensics institute and our expertise and the work we do in several areas,” says Silver, who teaches the course the Science of Countering Weapons of Mass Destruction. “They were comfortable reaching out to us, knowing that we certainly not only have the sensitivity and awareness to host and participate in this presentation but also to reach out to colleagues and associates in the Central New York area to engage them in the workshop.”

During the workshop, William So, a Ph.D. scientist from the FBI WMDD, assisted by the local FBI Albany, New York, Division Weapons of Mass Destruction Coordinator Thomas Stewart, presented on the technical issues of biosecurity and safety procedures. Stewart, an FBI special agent, is a 1994 M.P.A. graduate of the Maxwell School of Citizenship and Public Affairs.

Those in attendance then participated in a table top exercise in which groups had to respond to different scenarios. “Many of the scenarios were based on actual events; we got to see how we would work through these types of problems,” Silver says. “The advantage of these types of gatherings of professionals is that not only do we know who to call but we’ve already done the handshake. We know some of the other types of intangibles that are as important as people are working together.”

Along with situations that may include the accidental release of a pathogen, which has happened in other countries, there may also be incidents in which non-nation states or organizations may seek to use bioweapons against others.

“If there were such an incident because of the laws that are in place and the command structure, the response would be headed by federal agencies,” Silver says. “The great advantage of this workshop was to increase awareness, enhance education and further foster communication and understanding among those people in the sciences, academics, industry and first responders so that we can enhance our common language. Hopefully this never happens, but if there’s a problem and we’re called, we know how to work to together.”

Silver noted that government responses to incidents have little resemblance to what is portrayed in television shows and in movies, which can lead to misunderstanding by the public. Those involved in real-life situations, such as the workshop participants, are professionals who are well-trained and work together for a common cause.

“These are all very serious areas of concern and workshops like this enhance the educational sensitivity and the communication among the people who have the expertise and who would be called upon to be involved in curtailing, mitigating and recovering from various situations,” Silver says.