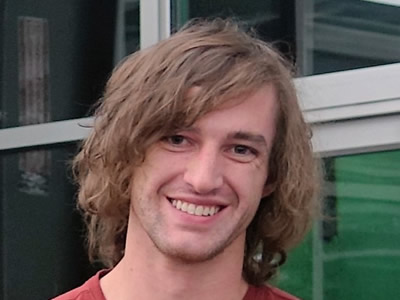 An alumnus of the College of Arts and Sciences (A&S) is being recognized by the American Physical Society (APS).

Nathan Jurik G’16, a postdoctoral research associate at the University of Oxford (U.K.), is the 2018 recipient of the Mitsuyoshi Tanaka Dissertation Award in Experimental Particle Physics. One of APS’ highest honors, the award acknowledges Jurik’s original work with a rare class of subatomic particles called pentaquarks. Such research became the basis for his Ph.D. thesis in the Department of Physics in A&S.

Each year, APS grants 15 dissertation awards. Jurik’s comes with a $1,500 prize; a certificate; and a travel reimbursement up to $1,000 to attend the 2018 APS April Meeting in Columbus, Ohio, where he is invited to speak.

“This award is a huge honor for Nathan, our High-Energy Physics [HEP] group and the College of Arts and Sciences,” says Alan Middleton, professor and chair of physics, as well as associate dean of research and scholarship in A&S. “Nathan is an exceptional young scientist, with a promising career ahead of him. His doctoral thesis work reveals how fundamental particles of matter can join together in new ways.”

Jurik was part of a team of A&S researchers—including Professors Tomasz Skwarnicki and Sheldon Stone and then postdoc Liming Zhang, now a professor at Beijing’s Tsinghua University—who made international headlines in 2015 with their discovery of two rare pentaquark states in the data of a Large Hadron Collider beauty (LHCb) experiment.

Based in Geneva, Switzerland, the LHCb experiment involves more than 800 researchers who study differences in matter and antimatter by focusing on the “beauty quark,” or “b quark.” 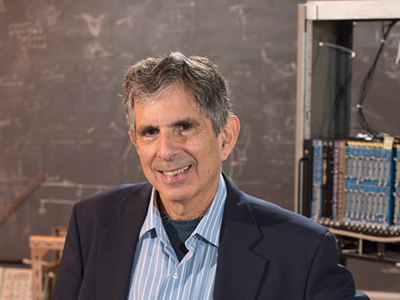 Stone credits Jurik for being a driving force behind the project’s data analysis. “Nathan’s energy was enormous,” recalls Stone, a Distinguished Professor of Physics who oversees HEP. “During periods of stress throughout the rigorous collaboration analysis and paper-review process, he reacted immediately to all requests, and fully understood the implications what he was doing.”

Following the 2015 discovery, Jurik gave a series of well-received talks at conferences and seminars. “Nathan was an intellectual equal in all our discussions, often generating stimulating ideas, even though he was the most junior participant,” Stone adds.

Skwarnicki, who was Jurik’s Ph.D. advisor, also is effusive in his praise. “This is a great distinction, considering APS grants only one dissertation award a year in experimental particle physics,” says Skwarnicki, a physics professor who, like his HEP colleagues, does most of his work at the CERN physics laboratory in Geneva. “I’ve advised many Ph.D. students, but few have worked as hard as Nathan. He truly deserves this honor.” 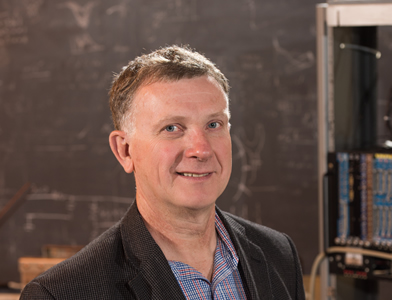 Skwarnicki says that after pentaquarks were discovered, he and Jurik began approaching their data differently. “We had fewer assumptions, since we had demonstrated that five-quark interactions were, in fact, present, as opposed to ordinary three-quark forces, which were responsible for the creation of ordinary nuclear matter,” Skwarnicki says.

Their research prompted a spate of scientific articles, including one in 2016 by the LHCb—their second on pentaquarks. Both LHCb pentaquark papers appeared in Physical Review Letters (PRL), where they were featured as “Editor’s Suggestions,” an honor given to only six articles per issue. PRL, which accepts less than a quarter of all articles submitted, is the most cited physics journal in the world.

“So far, the LHCb has published three articles based on Nathan’s work,” says Skwarnicki, adding that Jurik’s first data analysis, involving a meson with two different heavy quarks, was published in 2014.

Guy Wilkinson, LHCb’s spokesperson, was traveling with Jurik in India at the time of award’s announcement. “It is great news, indeed,” says the Oxford physics professor. “Syracuse has been a valued participant of LHCb for many years, well before LHC delivered its first collisions in 2009.”

Jurik takes the attention in stride. “I am extremely honored that my doctoral thesis was selected to receive this prize,” he writes. “Of course, the work, itself, was enough of a reward, but this [award] certainly doesn’t hurt. I am fortunate to have my thesis commemorated like this, and am thankful to my colleagues at Syracuse for their support throughout my time there. They’ve made this possible.”

At Syracuse, Jurik was an integral part of HEP—a group of 20 or so professors, research scientists and students who work on the LHCb experiment. Most of their research involves the Large Hadron Collider (LHC), the world’s biggest, most powerful particle accelerator, located in Geneva. LHC hurls beams of protons in opposing directions through miles of vacuum until they collide with one another. Such collisions produce precious b quarks about 1 percent of the time.

“We examine subatomic debris from these collisions to learn more about the building blocks of matter and the forces controlling them,” says Stone, whose HEP group, while relatively small, accounts for more than 20 percent of all LHCb peer-reviewed articles.

Currently, HEP is building a special detector called the Upstream Tracker. When complete in 2019, it will significantly increase the amount of data that LHC can process.

Jurik is not the only APS awardee with Syracuse ties. Lisa Manning, associate professor of physics, is the 2018 recipient of the Maria Geoppert Mayer Award, APS’ early-career award given to a woman physicist.

APS is a nonprofit organization that advances the knowledge of physics through research journals; scientific meetings; and education, outreach, advocacy and international activities.