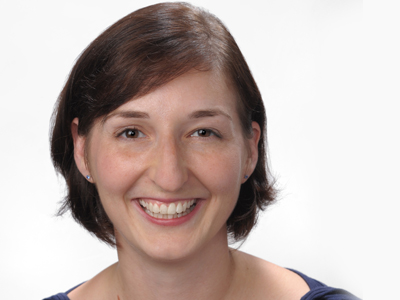 A professor in the College of Arts and Sciences (A&S) is receiving a major early-career award from the American Physical Society (APS).

Lisa Manning, associate professor of physics, is the 2018 recipient of the APS’ Maria Goeppert Mayer Award. This national award, granted to a woman physicist every year, comes with $2,500 cash award plus additional funds for lectures at up to four institutions.

Manning will accept the award at the APS March Meeting in Los Angeles, where she also will give an invited talk.

“Lisa Manning is one of our department’s rising stars,” says Alan Middleton, professor and chair of physics, and associate dean for research and scholarship in A&S. “Her research achievements in the field of soft and living matter, combined with innovative teaching, mentoring and leadership, have earned her international recognition from the scientific community and high respect from colleagues and students.”

APS President Laura Greene says Manning is deserving of the award. “It recognizes outstanding achievement by a woman physicist in the early years of her career, and provides opportunities for her to present these achievements to others through public lectures in the spirit of Maria Goeppoert Mayer,” says Greene of the award, named for the 1963 winner of the Nobel Prize in Physics.

APS is recognizing Manning for her “use of computational and analytical tools to develop microscopic understanding of flow in disordered materials, ranging from metallic glasses to biological tissues.”

A linchpin of the University’s Soft Matter Program, Manning studies cell motility and mechanics in biological tissues, as well as the failure of disordered materials. In the first thrust, her research group seeks to understand how the global properties of tissues affect cell migration and pattern formation. Such findings may yield fresh insight into biological processes, including embryonic development, wound healing and cancer.

A second research thrust focuses on low-energy excitations in disordered solids. This work will generate better predictive models for flow and failure in materials from emulsions to glasses.

“Disordered, glassy materials often comprise or lubricate sheared material interfaces, and require more complicated equations than simple fluids or crystalline solids,” says Manning, who joined the Syracuse faculty in 2011, after a postdoctoral fellowship at the Princeton Center for Theoretical Science. “They flow like a fluid under large stresses, creep or remain stationary under smaller stresses and have complex, history-dependent behavior.”

When liquids cool beyond a certain point, they usually crystalize. Sometimes crystallization is avoidable. When this happens, particles move so slowly that the liquid’s structure does not change. This so-called “structural arrest” causes the liquid to turn into a disordered solid, or glass.

Glassy and disordered materials are everywhere—from industrially important polymers and pharmaceutical processing, to the design of new materials, to earthquake faults.

Much of Manning’s recent work focuses on the new discovery that cells in biological tissues can behave like glasses, too.

“It turns out that a lot of the tools from statistical physics can be extended to describe how cells migrate in biological tissues,” says Manning, who has given more than 100 invited talks and has published 26 peer-reviewed articles. “It’s exciting that we are now starting to make quantitative predictions about cell shapes and cell movements that are being validated in cell cultures and in vivo systems applicable to cancer metastasis, asthma and congenital disease.”

Manning also is part of a $10 million multinational collaboration at the University of Chicago, investigating the nature of glass. Such work is at the core of theoretical statistical physics, and Manning thinks it could improve the way pharmaceuticals and agricultural products are processed, transported and stored.

“In glass, the constituent molecules are all jumbled up like those in a fluid, and yet, the material as a whole still behaves like a solid. We want to understand why,” says Manning, who is one of 13 principal investigators on the project, funded by the Simons Foundation.

Last year, Manning traveled to Lyon, France, to accept the prestigious Young Scientist Award from the Statistics Physics Commission of the International Union of Pure and Applied Physics. She was the first woman and first American to receive the award.

As a National Science Foundation CAREER awardee and Cottrell Scholar, she has developed programs to help recruit and retain a diverse group of scientists in the STEM (science, technology, engineering and mathematics) fields. Manning, who earned a Ph.D. in physics from the University of California, Santa Barbara, is proud to accept an award “named after a great physicist who also happened to be a woman.”

“Due to structural inequalities in academia, Maria Goeppert Mayer was not allowed to be a professor while she performed the important work that led to her Nobel Prize,” says Manning, referring to Mayer’s important discoveries about nuclear structure. “I hope that I can use the platform that comes with this award to highlight the things we can do to continue to improve the climate for women and underrepresented minorities in physics and STEM.”

Manning adds with a smile, “Maybe I’ll talk a little about my research, too.”