As a young man, Minhao Chen G’12 began to notice that something wasn’t right. One by one, family friends in Shanghai were being diagnosed with cancer. By the time he had completed his undergraduate degree in China, five people he knew had lost their lives to the disease and his grandfather had survived two separate diagnoses. 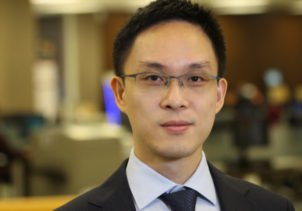 Chen persevered and continued his education, his sights set on becoming a professional bridge engineer. He traveled to Syracuse and enrolled in the civil engineering master’s program in the College of Engineering and Computer Science, but he wasn’t there long before the disease that had haunted him came calling once again—this time, closer to home than ever before.

“I received word that my mother had been diagnosed and I was devastated. I decided I needed to know why this was happening,” says Chen.

Chen began to research the cause of the sinister illness that seemed insistent on upending his life. In conversations with doctors, Chen learned that there is a high correlation between cancer and the food people eat. As he continued to research the disease, his mind kept returning to the disturbing statistic that 30-35 percent of cancer-related deaths can be linked to a person’s diet.

Focused like a laser, he began to commit every waking hour outside of his coursework to learning everything he could about food and its production. He learned about the overuse of fertilizer, herbicides, antibiotics and hormones and how they affect human health. He took a course in nutrition from Falk College and became an expert in poor eating habits like overeating, as well as consuming too much salt, fat and sugar, and not enough vegetables. He also learned an unfortunate fact about most meals—the lower the cost, the lower the quality.

It was during this time that he found inspiration in an unlikely source—the fast-casual Chinese restaurant chain Panda Express.

“I enjoyed their food and noticed that they served healthy options. I was amazed that their meals cost just seven or eight dollars. A comparable meal would cost $25 in China, simply because of inefficient food production.” recalls Chen. “I found out that Panda Express mass produces their food to meet a certain standard, freezes it and then ships it to stores around the country where it is reheated and served. By doing this, they can control the quality across all of their locations and keep the cost down.”

Chen decided to make it his personal mission to find a way to leverage his engineering knowledge and bring improved food production systems to China to widely distribute safe, healthy, affordable food.

This decision inspired a coast-to-coast pilgrimage across the United States to learn about the food production system from farm to fork. He visited every food-related location that was open to him from New York to Seattle and back. He took what he learned, and after eight years in bridge engineering, made a decision to enter the food industry.

“In bridge engineering, we push all of the materials, physics and technology to the limit. I challenged myself to apply this same way of thinking to food.”

“There are more than one billion people in China that need low-cost, high-quality food. The way to achieve that is to maximize the food production in our centralized kitchen. We ensure healthy, safe and tasty food and have greatly lowered the meal cost that people are accustomed to.” 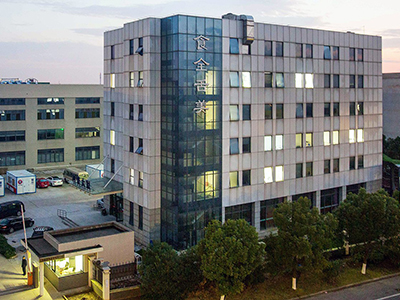 Currently, Shi Quan She Mei’s main consumers are schoolchildren. The dishes are mostly the same, but high-quality raw materials such as Iberico pork, fish and rice are used in place of lower-quality foods. Shi Quan She Mei also employs a research and development team of chefs to create their recipes to make sure the food tastes good.

“You have to make the food delicious. That’s another big challenge for us.”

When operating at maximum capacity, Chen’s food production factory can feed 200,000 people a day and is 400 percent more efficient than central kitchens of similar size.

Chen also seized an opportunity to use Shi Quan She Mei as a way to educate people about healthy eating. In addition to being an engineering marvel, the factory is also a tourist attraction for schoolchildren. There is an entire floor devoted to teaching kids about healthy eating in an interactive and entertaining way. In the process, parents learn how the factory works and Chen is able to promote affinity for his brand.

Chen hopes to one day see correlations between his work and decreased instances of cancer in Shanghai and he is confident that his efforts will improve the health of his fellow citizens. He credits his engineering education with allowing him to have such an impact on a cause that he holds so near to his heart and is confident that he has found his calling.

“I have a strong passion for engineering. That’s why I chose to be a bridge engineer. But I also have a great passion to make changes in the world. I used to think that bridge engineering was the best way I could improve people’s lives, but eventually I decided that if we do not have clean, healthy food, what’s the use of a bridge or a building?”