A student in the College of Arts and Sciences is the winner of a graduate fellowship to the Kavli Institute for Theoretical Physics (KITP) at the University of California, Santa Barbara. 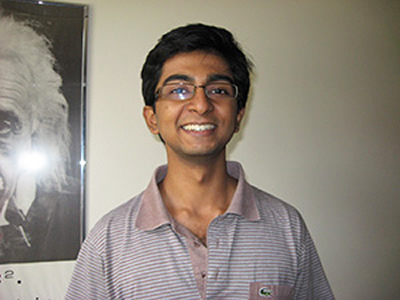 Suraj Shankar, a Ph.D. candidate in the Department of Physics, will use the prestigious, six-month fellowship to study theoretical soft condensed matter, starting in July. Boris Shraiman, a world-renowned theoretical physicist and permanent member of the KITP scientific staff, will be his mentor.

Shankar is the first member of the Soft Matter Program (part of the Condensed Matter Research Group) and second person in Syracuse history selected as a KITP Graduate Fellow. The first such awardee was Salah Nasri G’03, now a physics professor at United Arab Emirates University.

Mark Bowick, the Joel Dorman Steele Professor of Physics, considers Shankar deserving of the honor. “Suraj is such a wonderful student to work with,” he says. “We have fun discussing everything, from topological insulators to 2D metamaterials. His cutting-edge work in the Soft Matter Program will broaden our understanding of easily deformable matter.”

In addition to being a visiting scientist and deputy director at KITP, Bowick is one of Shankar’s faculty advisors at Syracuse. 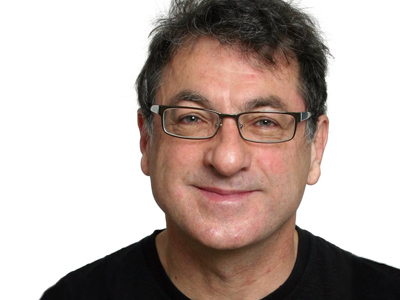 Shankar’s other advisor is Cristina Marchetti, the William R. Kenan Distinguished Professor of Physics. Marchetti says she nominated him for the fellowship because of his versatility as a researcher. “He can work effectively with experimentalists, and can carry out sophisticated, highly technical theoretical calculations,” she says.

Shankar hopes to put these skills to good use at KITP, where he will pursue research beyond his primary expertise and training, and will have the opportunity to collaborate with a diverse group of scientists. “All of us are encouraged to attend as many talks and meetings as possible,” says Shankar, who also will be supervised by Le Yan, a KITP postdoctoral fellow specializing in morphogenesis and genetic evolution.

At KITP, Shankar will continue his study of the collective behavior of active matter and of the mechanics of metamaterials—work he does at Syracuse with Marchetti and Bowick, respectively.

Active matter refers to collections of self-driven entities that take energy from the environment to produce coordinated motion. Marchetti and Shankar study these entities usually in a biological setting. They are interested in how these systems use physical and mechanical processes to align collectively in a certain direction and then move as a coherent unit, such as a flock of birds or swarm of bacteria.

“By studying routes to pattern formation, I hope to learn more about cooperative motion and reorganization in these non-equilibrium systems,” says Shankar, adding that such systems behave like “living liquid crystals,” the inanimate versions of which have applications in liquid crystal displays (or LCDs) of monitors, televisions, tablets and smartphones.

Much of Shankar’s work with Bowick involves kirigami, the Japanese art of folding and cutting paper. Shankar applies the design principles of kirigami to graphene, atomically thin sheets of carbon that are strong, resilient and electrically conductive.

“Graphene has many weird and wonderful properties, and lots of potential applications at the micro and nano levels,” Bowick adds.

Shankar hopes two-dimensional kirigami art will spur the creation of tiny mechanical parts and mini machines. “Cutting holes, or slits, in paper makes it soft and springier,” he says, drawing comparisons between paper and graphene. “This same idea helps us engineer mechanical properties in graphene, just by changing its geometry.” 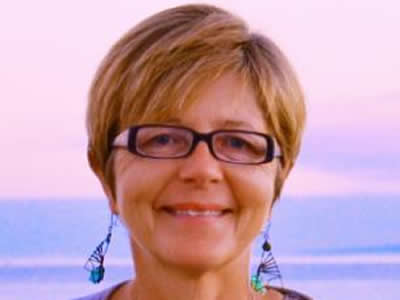 Shankar also is interested in graphene’s unique thermal and electrical properties. He is part of a team of researchers at Syracuse, Cornell and Harvard universities studying the effects of fluctuations and crumpling on the mechanics of kirigami patterns. “The thinness of graphene makes it subject to thermal fluctuations at room temperature. It is the perfect electron conductor,” he says.

Since enrolling at Syracuse in 2014, Shankar has received numerous honors and awards, including the Best Poster award at the Seventh Northeast Complex Fluids and Soft Matter Workshop, held last month at Princeton University, and the Henry Levinstein Fellowship in Syracuse’s physics department. Earlier this year, he became an associate of Syracuse’s Soft Interfaces IGERT (Integrative Graduate Education and Research Traineeship) Program.

Shankar is the author of two published articles, with five more pending, and has participated in workshops and conferences in North and South America and India. He earned a bachelor’s degree with honors in chemical engineering from the Indian Institute of Technology Madras.

“Syracuse is a wonderful place for me to grow as a physicist,” Shankar adds. “One of the best features of the Soft Matter Program is the strong collaborative atmosphere among all the professors, postdocs and students. It has prepared me for this opportunity [at KITP].”

Supported by the Gordon and Betty Moore Foundation, the KITP Graduate Fellowship Program enables a selected group of students from all over the world—usually a half dozen—to spend five to six months at UC Santa Barbara, participating in research programs and broadening their research interests in topical areas of physics.