Our Mathematical Universe: Interdisciplinary Research Thrives in Department of Mathematics 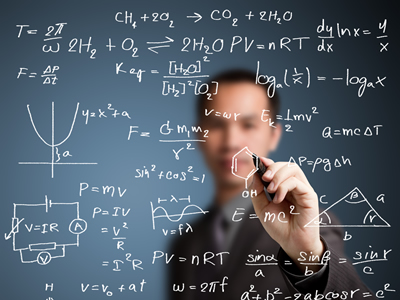 Professors in the Department of Mathematics are taking interdisciplinary research to new heights, thanks to innovative collaborations with colleagues on campus and around the world.

Uday Banerjee, professor and chair of mathematics, says the Applied Mathematics group—one of eight research groups in the department, based in the College of Arts and Sciences—has boasted a strong record of accomplishment over the past 15 years.

“Our work resides at the nexus of math, science and engineering,” says Banerjee, also one of the group’s members. “We use mathematical methods and reasoning to solve practical problems and to make decisions that impact society. 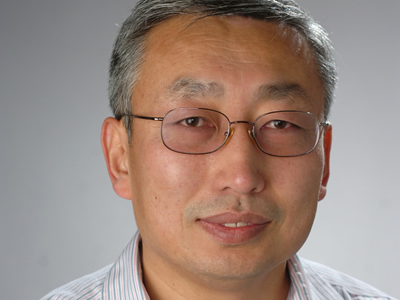 The project’s co-inventors are Andrzej Krol, professor of radiology and associate professor of pharmacology at SUNY Upstate Medical University; Yuesheng Xu, professor emeritus of mathematics at Syracuse; and Si Li, a former visiting scholar at Syracuse.

“Most people are familiar with X-ray and ultrasound methods, which create an image based on how the body absorbs radiation,” says Shen, whose research is funded by the National Science Foundation, the Air Force Office of Scientific Research (AFOSR) and the National Research Council. “ECT uses a source inside the body, such as a radioactive tracer, that is injected, swallowed or inhaled by the patient. Sophisticated algorithms and powerful mathematics are then used to reconstruct high-resolution, 3D images.”

One drawback of ECT technology is radiation, which, in high amounts, can produce “noisy data” and clinically unacceptable images. “We’ve addressed this problem by inventing an algorithm that determines radioactivity distribution throughout the body,” he adds. 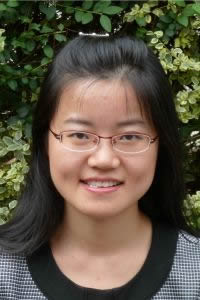 Junior faculty in Applied Mathematics also are pursuing bold, interdisciplinary research. Witness Assistant Professor Yi “Grace” Wang, whose work spans cardiology, astronomy and visual art. Most of her research utilizes tools from image processing, entailing the analysis and manipulation of digitized images, and machine learning, a type of artificial intelligence that enables a computer to infer structures and patterns from data.

In cardiology, Wang has developed an automatic tool that determines if an EKG signal has a J-wave, a potential indicator of severe outcomes, such as sudden death.

She also has proposed a new criterion for using Cardiac Resynchronization Therapy (CRT) to treat patients with congestive heart failure. Wang says that significantly more patients have responded positively to CRT when their selection is based on the new criterion. She plans to further test and develop her ideas with larger sample sets.

Wang’s work in astronomy relates to the categorization of transient phenomena into meaningful, distinct groups. Such phenomena include supernova explosions and gamma ray bursts, whose lifespans are very short. Working with high-speed computers, she uses special algorithms to sift through thousands of images, while there still is time for follow-up observations.

Similarly, Wang utilizes algorithms and image processing to authenticate works of art, specifically paintings. Her approach is considerably faster and more accurate than the traditional way of spotting fakes and forgeries.

“Professor Wang embodies the spirit of collaboration,” Banerjee says. “Her research involves mathematicians, statisticians, engineers and cardiologists from major universities and research centers around the world, including the United States, Canada, France and China.”

One of Wang’s most prominent collaborators is Ingrid Daubechies, the James B. Duke Professor of Mathematics and of Electrical and Computer Engineering at Duke University, who also is a MacArthur and Guggenheim fellow and a member of the National Academy of Sciences. 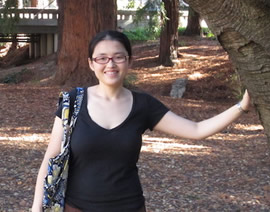 Another junior faculty member, Minghao Rostami, is an expert in computational fluid dynamics (CFD). By simulating the collective behavior of microorganisms immersed in a viscous fluid, the newly hired assistant professor gains insight into fluid-structure interactions.

CFD forms the backbone of such industries as transportation, power, bioengineering, meteorology, national security and medicine.

Rounding out the group is Banerjee, whose own projects tie in with engineers at the University of Illinois at Urbana-Champaign and The University of Texas at Austin, and concern fracture mechanics and interface problems.

Statistics is another flashpoint of interdisciplinary research. Broadly described as the collection, analysis, interpretation, presentation and organization of data, statistics plays a prominent role in the natural and social sciences, engineering, business and industry.

The Statistics group in the mathematics department has a proven track record of interdisciplinary research in mathematics, science and engineering. 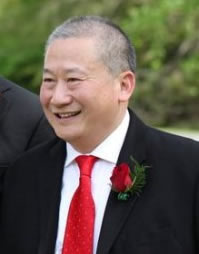 Professor Pinyuen Chen is a senior member of the Statistics group. He works with electrical engineers at the U.S. Air Force Research Laboratory in Dayton, Ohio, to solve radar signal-processing problems. Using radio waves, he and his team can pinpoint the range, angle or velocity of an object, such as an aircraft, spacecraft, guided missile or weather formation.

“Our research is unique because it cleans up inhomogeneous [i.e., diverse] measurements from sensor equipment, before it can detect the location and speed of a target. Some of my colleagues at the Radar Signaling Processing Branch [of the Air Force] are A&S alumni,” he beams.

Funded by AFOSR, Chen’s work abounds in many modern radars. He—along with William Melvin and Michael Wicks G’85, G’95 and G’00, mathematicians at Georgia Tech and the University of Dayton, respectively—has been awarded a U.S. patent for an apparatus and a method that improve target detection in radar systems.

“We use a process called ‘adaptive filtering’ to distinguish between a target and a false alarm. We developed the apparatus and method for airborne radar, but they can be applied to other areas,” he adds. 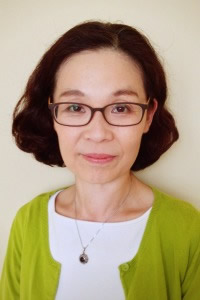 Chen also oversees the Interdisciplinary Applied Statistics Program. Based in A&S, the program includes faculty from computer and information science and engineering, mathematics, psychology and various areas of the social sciences.

Professor Hyune-Ju Kim is a statistician who works at the intersection of mathematics and science. Her interest in disease detection and control research has led to a prodigious partnership with the National Cancer Institute (NCI) in Rockville, Md.

“We identify changes in cancer incidence and mortality trends, and then scientifically describe the nature of these changes,” says Kim, who works with the Statistical Research and Applications Branch of NCI’s Division of Cancer Control and Population Sciences.

Kim and her colleagues provide statistical methods for the collection, analysis and presentation of measures related to cancer control, surveillance and epidemiology.

Their work also involves a trend-analysis software called Joinpoint, which Kim has participated in developing and improving during the past 20 years. “Joinpoint helps monitor trend-changes in cancer incidence and mortality rates, which we use in cancer surveillance research,” she says, adding that latest version came out in January 2017. “Cancer surveillance is considered the final phase of cancer research, and provides crucial information for cancer prevention and control.”

One of the oldest and largest academic units on campus, the Department of Mathematics offers nearly a dozen graduate and undergraduate degree opportunities, ranging from pure mathematics–in which abstract concepts are studied for their own sake and are not motivated by external applications–to applied mathematics, whose activities stem from pure research but are put into practical use in areas such as science and engineering.